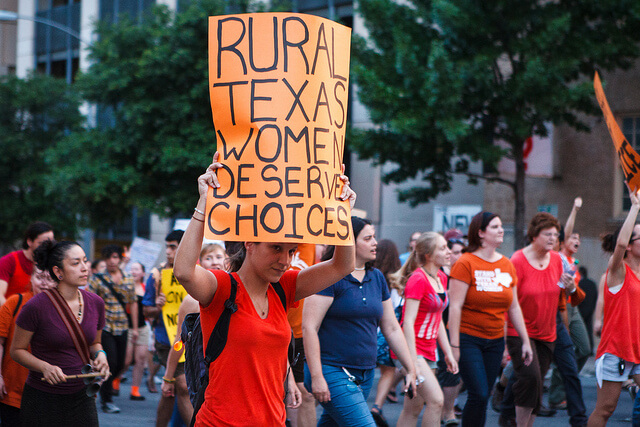 The exact question raised by Whole Women’s Health is whether requiring women to travel huge distances within a state constitutes an impermissible “undue burden” on the abortion right (Image Credit: Mirasha via Flickr) 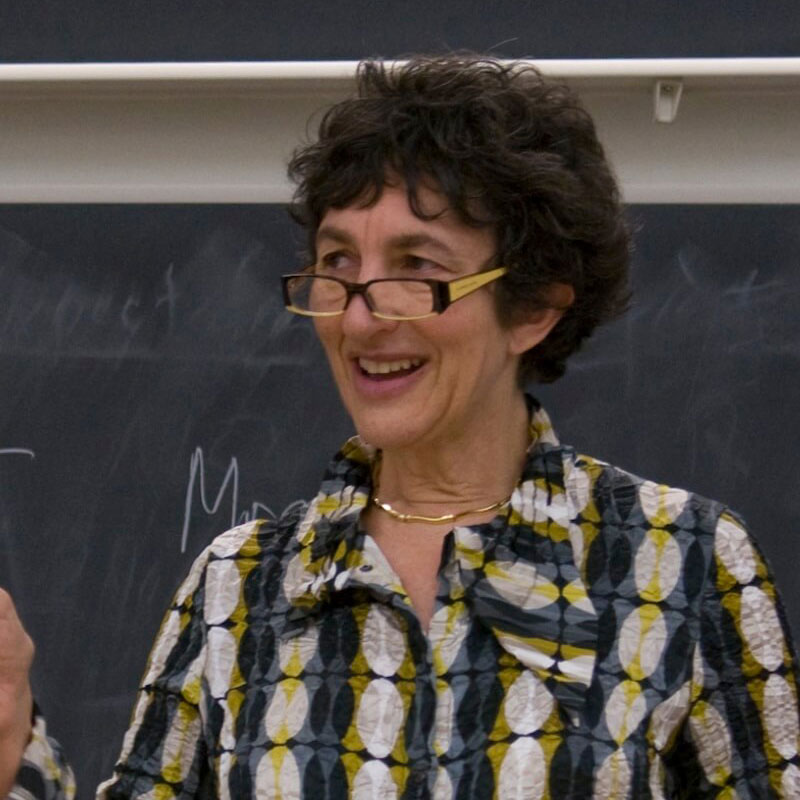 Carol Sanger is the Barbara Black Professor of Law at Columbia Law School, where she teaches Contracts and seminars on both Motherhood and Abortion Law. She is currently completing a book on the 21st century regulation of abortion in the United States.

On March 2, 2016, the U.S. Supreme Court heard much awaited arguments in Whole Women’s Health v. Hellerstedt, the most important abortion case since the Court decided Planned Parenthood of Pennsylvania v. Casey in 1992. The petitioners are Whole Women’s Health, a group of women’s clinics providing comprehensive gynecology services, including abortion care, in three Texas cities. They have sued the Commissioner of the Texas Department of State Health Services on the ground that Texas law HB2 is unconstitutional because it “unduly burdens” the rights of Texas women to access abortion care.

What is at stake for Texas Women?

HB2 requires that any doctor who provides an abortion at a clinic in Texas must have admitting privileges at a hospital within 30 miles of the clinic. That is, the doctor must have prior permission to use the hospital in case an emergency arises. This requirement creates several serious problems. First, many hospitals in the U.S. will not extend admitting privileges to abortion providers, as part of the general ostracisation in some states of abortion providers from professional and social communities. Second, Texas is a big state and there are no hospitals within 30 miles of some clinics. Third, there is the question of the medical need for admitting privileges: all hospitals have emergency rooms and all ER doctors must treat all patients who come in. At oral argument, the attorney for Texas argued that HB2 was not all that burdensome because women in El Paso, for example, could cross the border into near-by New Mexico and get an abortion there. To which Justice Ginsburg pointed out that New Mexico law does not require admitting privileges for abortion providers: “So if your argument is right, then New Mexico is not an available way out for Texas because Texas says to protect our women, we need these things.”

Another HB2 provision requires abortion clinics to meet all the standards of ambulatory surgical centres which perform more complicated procedures that generally require anesthesia. If HB2 stands, petitioners have introduced evidence that 75 percent of abortion clinics in Texas will close. Whole Women’s Health recently had to close two of its five Texas clinics because they couldn’t meet the requirements of HB2. This means that some women, including many poor women in the Rio Grande Valley and a significant number in the military who are stationed in Texas, will have to travel between 150 to 300 miles to find a provider.

What’s at Stake for Law?

The Supreme Court in Casey introduced the “undue burden standard” as the new test for the constitutionality of abortion regulations. The exact question raised by Whole Women’s Health is whether requiring women to travel huge distances within a state constitutes an impermissible “undue burden” on the abortion right. Does this distance have the “purpose or effect” of placing a “substantial obstacle” in the way of exercising this particular constitutional right? The Court in Casey held that neither a 24-hour waiting period after a woman has given consent nor the requirement that minors must notify their parents create a “substantial obstacle.” It did, however, find that requiring pregnant wives to notify their husbands before they could consent to an abortion created an undue burden since husbands could bully their wives and prevent them physically from leaving the house, creating de facto veto. The decision in Whole Women’s Health could clarify for all the lower federal courts whether the Casey test has any teeth at all, or whether states can simply regulate abortion away since they can no longer criminalise it.

Several of the briefs in the case are striking in that they include testimony by women who have had abortions and were willing to list their names. One brief, signed by 113 female attorneys, spoke about the ways access to abortions allowed them to pursue their educational goals and succeed in their law careers. Might these stories sway the court? Maybe. Perhaps certain justices will be able to hear through women’s own words what it means to be able to have an abortion. It’s possible that particularly the male judges might be able to say, “here’s a problem here that none of us have had to deal with. None of us have ever had to imagine foregoing our aspirations and livelihoods because we were going to become fathers.” This shows the strength of considering the abortion right as one of sex discrimination rather than privacy, but that is another story. One of the quotes I like best from the women attorneys’ brief is this: “To the world, I am an attorney who had an abortion, and, to myself, I am an attorney because I had an abortion.”

Prior to the death of Justice Antonin Scalia on February 13, 2016, the expected count had been 4-4, with Justice Anthony Kennedy holding the deciding vote. With one fewer vote to uphold HB2, the vote could be 5-3 to strike down the legislation, or possibly to send it back down for further fact finding as to whether HB2 was the actual cause of clinic closings. If Kennedy sides with the conservatives and the vote is a tie, then the decision of the 5th U.S. Circuit Court of Appeals (the lower court) upholding HB2 will stand, but only in the three states in the 5th Circuit, Louisiana, Mississippi and Texas. In that case, it is likely that within a year or two, a new lawsuit on the same issue would be appealed from another state and the full Supreme Court–assuming the Republicans will permit the appointment of someone sometime, would then decide the matter.

If asked to bet on the outcome, I would put my money on Justice Kennedy to vote with Justices Breyer, Ginsburg, Kagan and Sotomayor and strike down HB2. No matter the outcome in this case, Whole Women’s Health ought to remind voters in 2016 how much is at stake in making judicial appointments to the federal bench over the next four years.

United States, Abortion, Sexual and Reproductive Rights
Image description: Protesters before the US Supreme Court with boards reading 'Keep Abortion Legal' and the ...