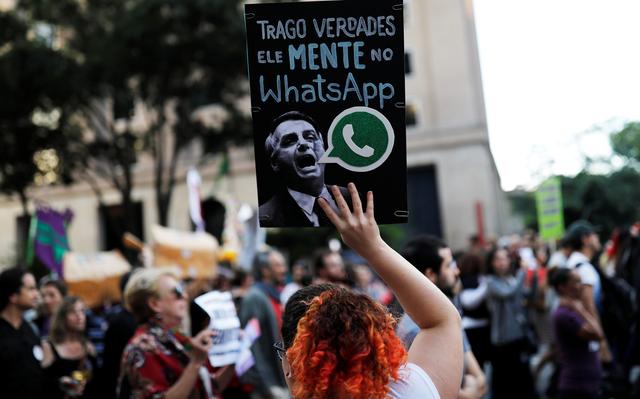 Protester holds poster with President Bolsonaro screaming the WhatsApp logo. Above the image, it is written: 'I will tell you the truth, he lies on WhatsApp'. Photo credit: Nacho Doce/Reuters

Right to Freedom of Speech and Expression Right to Privacy Brazil 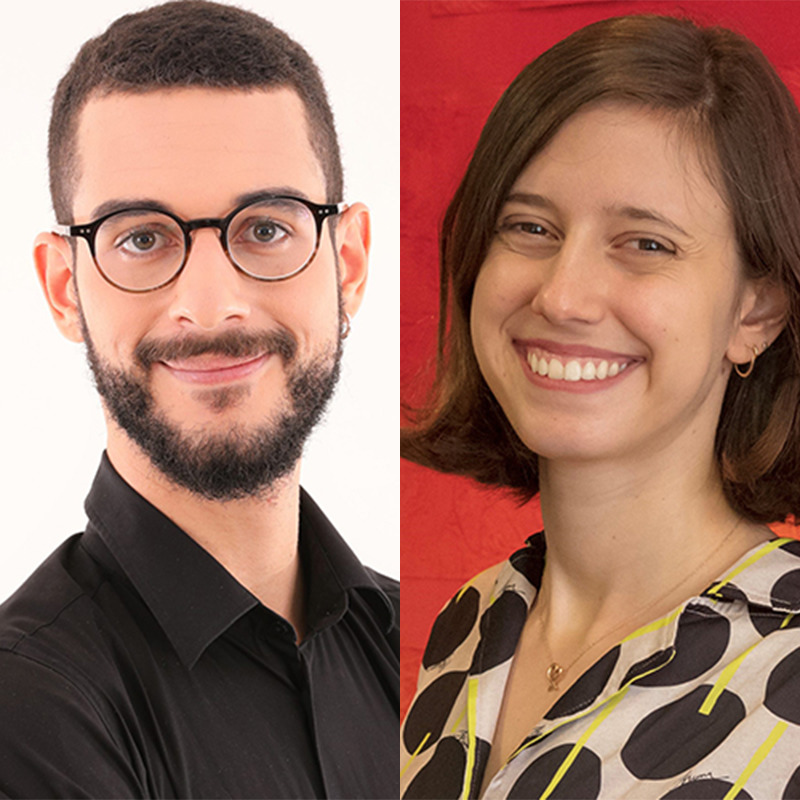 About Renan Araujo and Alice Gaudiot

Renan Araújo is a Brazilian lawyer currently studying the MSc in Criminal Justice Policy at the London School of Economics. He graduated in Law at the Federal University of Pernambuco (Brazil).

The Brazilian Senate approved a bill to fight fake news on 30 June 2020. The bill now goes to the lower house and will need the President’s approval afterwards. This comes in the context of the alleged existence of a ‘bureau of hate’ led by President Bolsonaro’s allies, which supposedly coordinates virtual attacks against dissidents and critics. There are also ongoing investigations against fake news in two fronts: one conducted by the Federal Supreme Court (which also raised concerns about potential violations of freedom of speech) and another led by a Parliamentary Commission of Inquiry. International organisations, such as Human Rights Watch, have criticised the bill due to many provisions that harm fundamental rights. Its hasty advance illustrates an alarming situation in Brazil – the use of law and government institutions to solve political conflicts resulting in a deterioration of democracy and the rule of law.

The bill has several problematic provisions. For example, article 7 of the bill states that social networks and private messaging companies can request users’ identification documents under broadly defined circumstances, such as crime accusations or ‘clues’. Article 10 requires private messaging companies to keep individually identified records of all messages sent ‘en masse’ for three months. It defines ‘en masse’ as any message forwarded to five users or more within 15 days. This definition encompasses so many kinds of message sharing beyond disinformation, that it will lead companies to store huge amounts of users’ private data. The broad nature of these provisions arguably violate users’ rights to privacy and freedom of expression.

Furthermore, article 36 alters the landmark Internet Civil Rights Law, which gave Brazil international praise due to its protection of users’ privacy in favour of a free and open internet. With the alteration, companies are obliged to keep individual records that ‘guarantee unequivocal identification’ of users for at least six months. These provisions will inevitably lead to the break of end-to-end encryption, severely affecting users’ right to privacy and anonymity.

The bill also creates several unnecessary bureaucratic procedures that may hinder companies’ operations in the country. Article 13 requires social networks to produce trimestral transparency reports publicly available in Portuguese, containing ‘at least’ the total number of users in the country, the amount of irregular content and ‘automated’ accounts detected, and the descriptions of who the members of their review team are (including their qualification to perform such activity), to list a few.

Curbing the spread of misinformation is paramount, especially as municipal elections approach, but restrictions must be proportional to their benefits. The current bill violates international standards of proportionality when regulating ‘fake news’, such as those listed by the March 2017 Joint Statement from international organisations such as the United Nations and the Organization of American States.

The bill is also a backward step in the well-designed legislation on internet regulation that the country built during the last decade after a long process of debate and collective construction. By rushing the bill’s publication, Brazil risks creating deeper problems than it aims to solve, as ineffective or poorly designed measures are unlikely to suppress misinformation but may severely harm important civil liberties. As Brazil’s democracy faces challenging times amidst political, economic, and sanitary crises, the country should avoid legislative makeshifts and favour solidly built advances.