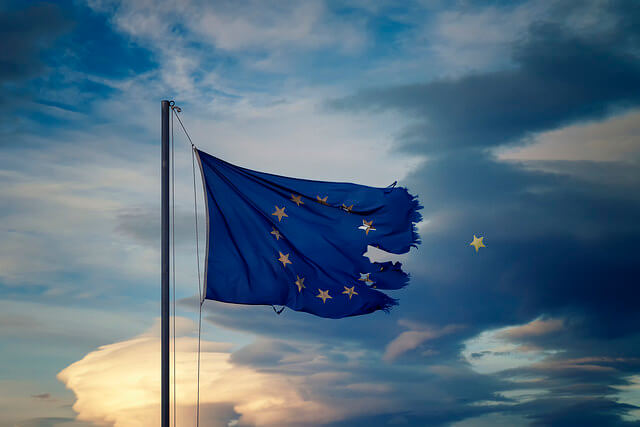 This post addresses foundational principles that affect the interpretation of Article 50 TEU, the key issue being whether withdrawal can be revoked once Article 50 has been triggered. Image Credit: Theophilos Papadopoulos via Flickr, used under a Creative Commons Licence available at: https://creativecommons.org/licenses/by-nc/2.0/

This should be read with the previous posting. They are both designed to reveal underlying issues of constitutional and interpretive principle that pertain to Brexit. The previous post considered constitutional principles that pertain to Parliament’s voice in the Brexit negotiations. This post addresses foundational principles that affect the interpretation of Article 50 TEU, the key issue being whether withdrawal can be revoked once Article 50 has been triggered.

First, it is a cardinal legal principle that a party is not bound by a contract or treaty until agreement has been reached. Prior to that point a party can walk away from the negotiation. This legal principle is not dependent on express written mention. To the contrary it is accepted as part of the legal rules that govern the making of such agreements. The UK is a party to the EU Treaty until the withdrawal agreement is struck, or until the two year period has run its course. Prior to that date it can change its mind. This principle is particularly important in relation to Article 50 since there may be great uncertainty as to the content of the withdrawal agreement when notice of withdrawal is given. It is true that civilian legal systems have principles concerning good faith in contract. There is, however, no reason to believe that such principles would be broken where a state concluded bona fide that withdrawal was not in accord with the national interest when the concrete reality of the deal became apparent.

Secondly, the principle set out above is reaffirmed by Article 68 of the Vienna Convention of the Law of Treaties, VCLT, which provides that “a notification or instrument provided for in article 65 or 67 may be revoked at any time before it takes effect”. Article 65 VCLT stipulates that a state that invokes a ground for withdrawing from a treaty must notify the other parties; Article 67 VCLT determines the manner in which such notification is to be given, namely that it should be in writing. The notification under Article 50 TEU only takes effect when the withdrawal agreement is concluded, or two years has elapsed, since before then the notifying state has all EU law rights and obligations. It follows that the state can revoke before that time. It would be possible for the CJEU to interpret Article 50 so as to displace Article 68 VCLT. However the very architecture of Article 50 TEU is informed by the VCLT principles concerning the giving of notification and the like. The foundational starting point of legal principle, which is reaffirmed by the VCLT, is therefore that a state can revoke prior to the two year period running out. In doing so it is not acting illegitimately or seeking some unwarranted advantage.

Third, when we consider possible interpretations of Treaty provisions we take account of their consequences. The consequences of not being able to revoke would be particularly severe: withdrawal would have to proceed even if invocation of Article 50 triggered an economic meltdown in the country; invocation of Article 50 could not be altered within the two-year period, even if there had been a change of government following an election fought on whether the Member State should exit; there would be intractable problems if the state required a referendum prior to exit, since the voters might decide not to leave and reject the withdrawal agreement; and it would undermine the Constitutional Reform and Governance Act 2010, depriving the provisions designed to give Parliament voice concerning the withdrawal agreement of almost all effect.

Fourth, there are consequentialist arguments that are said to point to the contrary interpretation: if a state could revoke it might trigger revocation at the midnight hour, at the 23rd month, and then make a new notice of withdrawal, thus beginning another two year cycle. This argument is however based on the implausible assumption that the state would get a better deal second time round, which does not accord with reality. The other 27 Member States would regard such action as illegitimate, and would very likely refuse to shift from the pre-existing offer. The courts could moreover prevent such abuse. They regularly peer behind deals artificially structured to, for example, avoid tax, and consider their underlying substance. The CJEU could conclude that the revocation and subsequent re-triggering of Article 50 was designed to undermine the two year time period, and to undermine the need for consent of the other 27 states for an extension of that time limit; that therefore the revocation and subsequent re-triggering should be seen as a single event, not as two discrete events; with the consequence that the state would only have one month before the two year period expired. There is undoubtedly a valid concern that the EU should be disrupted as little as possible by the exit of a Member State. I do not however believe that the feared disruptive consequences represent reality. What would be far more disruptive would be to force a state to leave the EU after triggering Article 50 when it had bona fide changed its mind.