Genocide, Crimes Against Humanity and Violations of the Laws of War: Will the final “Butcher of Bosnia” judgment bring justice to victims? 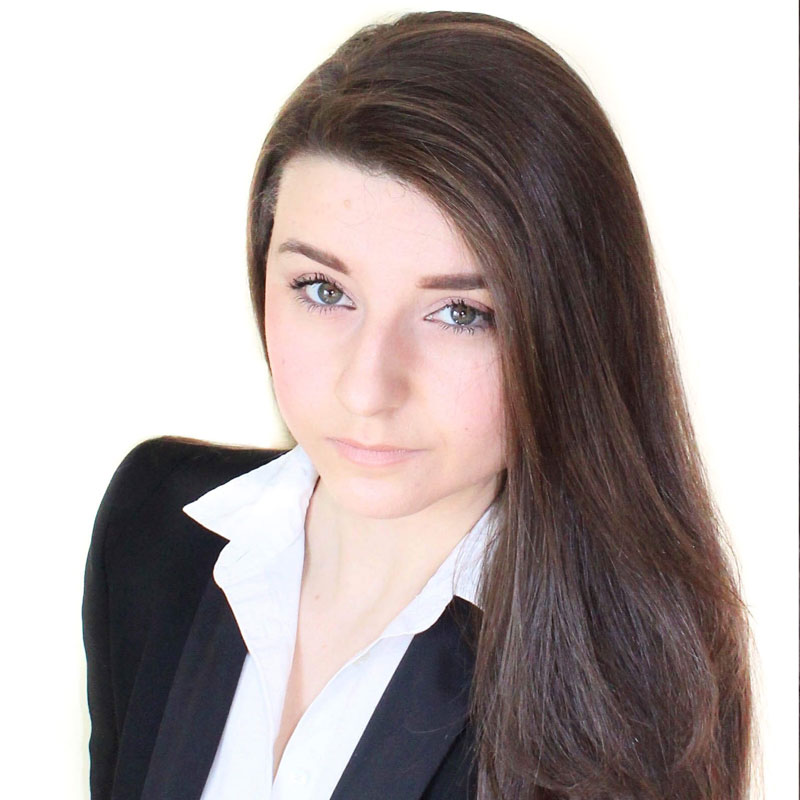 Amanda Hukanović is a Bosnian-American professional currently based in Boston. She was born in Prijedor, Bosnia & Herzegovina and arrived to the United States as a refugee in the early stages of her life. She recently completed her Master’s Degree in Public Policy and International Law at The American University of Paris, where she focused on post-conflict reconstruction in the Balkans and the economy of the Socialist Federal Republic of Yugoslavia. During her studies, Amanda completed a court analysis and observation of the Mladić trial, as well as the Oxford International Human Rights Law Programme. As an activist, she hopes to advance policy that promotes gender equality in a multiethnic Bosnia. Amanda graduated from Simmons College in 2013 with her B.A. in International Relations and minors in Political Science and Economics. At Simmons, she was the Director of America Reads, a group that tutors and mentors youth at the Ellis Mendell Elementary School. She was also a member of the Simmons College Honors Program and a Senior Leader in the U.S. State Department Program, Women Changing the Face of Leadership.

Amanda Hukanović, “Genocide, Crimes Against Humanity and Violations of the Laws of War: Will the final “Butcher of Bosnia” judgment bring justice to victims?” (OxHRH Blog, 20 November 2017) <https://ohrh.law.ox.ac.uk/genocide-crimes-against-humanity-and-violations-of-the-laws-of-war-will-the-final-butcher-of-bosnia-judgment-bring-justice-to-victims/> [Date of Access]

The dissolution of Yugoslavia, fuelling genocide and mass-scale atrocities in the region, set the stage for a tumultuous future of the apprehension of perpetrators and a quest for justice for victims. The establishment of an ad hoc international court, the International Criminal Tribunal for the former Yugoslavia, following UN Security Council Resolution 827, aimed to assist in the expedition of this venture. While a variety of criminals were quickly detained, allowing for a prompt commencement of trial proceedings, one man was seemingly beyond the reach of the Court. With an initial indictment dated July 24th 1995 and spending sixteen years as a fugitive, Ratko Mladić, or the “Butcher of Bosnia” and Commander of the Main Staff of the Army of Republika Srpska, was finally taken into custody in May of 2011. A brief synopsis of the major elements of the trial and a comprehensive analysis of strategies utilised by both the Defence and the Prosecution will be followed by details of the upcoming judgment and future of the Court.

Following his transfer to the Court, Case IT-09-92 against Ratko Mladić commenced on May 16th, 2012. In alignment with its Statute, Mladić was indicted for three major categories of crimes within the Court’s jurisdiction. The first, and arguably most severe of the set, under Articles 4(3)(a), 7(1), and 7(3), were two counts of committing the act of genocide, both in Bosnia as a whole, and in the brutally specific case of Srebrenica. The accused was directly, and indirectly on account of actions taken by officers under his command, charged with the intentional murder of thousands of Bosnian Muslim civilians with the aim of exterminating a specified population. The next set of allegations, under Articles 5(h), 7(1) and 7(3), were those categorised as crimes against humanity. These five counts, ranging in severity, included persecutions, extermination, murder, deportation and inhumane acts, including forcible transfer, committed on Bosnian territory. Lastly, Mladić was indicted for four counts of violations of the laws or customs of war, under Articles 3, 7(1) and 7(3) of the Statute, as well as under Article 3(1)(a) of the Geneva Conventions (ICRC 1949). These violations included alleged acts of murder, terror, unlawful attacks on civilians and the taking of hostages.

Although the court proceedings began over five years ago, a variety of legal matters, and general limitations surrounding international tribunals, have contributed to the delay in a final judgment. Notable examples of such challenges include difficulties in acquiring adequate and accurate evidence across country borders, numerous trial chamber decisions on various motions, as well as the health and inappropriate actions of the accused, which have caused extensive delays. As such, the Prosecution concluded their arguments on February 26th, 2014 with the Defence beginning their segment of the proceedings soon after, on May 19th of 2014.

While a strong defence is a vital and necessary component of a fair trial, observations of the quality of witnesses and utilised tactics during the proceedings, allow for the conclusion that the Prosecution is positioned for a favourable outcome. With the conclusion of closing arguments this past December, a recent rejection of the defence motion for a delay, and barring any extreme circumstances, a final court judgment is to be expected tomorrow, six years following the commencement of the trial.

One can remain optimistic that the strategies employed by the Prosecution legal team, led by Belgian jurist and Chief Prosecutor of the ICTY, Serge Brammertz, will achieve success in reaching an appropriate verdict, building upon the foundation established through previous notorious major judgments, including that of Radovan Karadžić. As the Tribunal transitions into the transfer of cases to domestic court systems and the MICT, and continues to create important jurisprudence, the goal of achieving a sense of justice for the victims should remain at the forefront of the battle.

It remains evident that the lifelong effects of trauma that survivors and following generations have endured will never be resolved by a simple court ruling, yet the world will watch eagerly as the judgment is live-streamed this Tuesday at 10 a.m., as Mladić is told whether he will be freed to his nationalist supporters campaigning for his release, or whether he will remain imprisoned, moving Bosnia one step closer towards rebuilding a peaceful, multi-ethnic nation.

“Butcher of Bosnia” Found Guilty of Genocide, Crimes Against Humanity and Violations of the Laws or Customs of War

Bosnia, Conflict and Human Rights
As forecast earlier this week, the International Criminal Tribunal for the former Yugoslavia delivered the ...