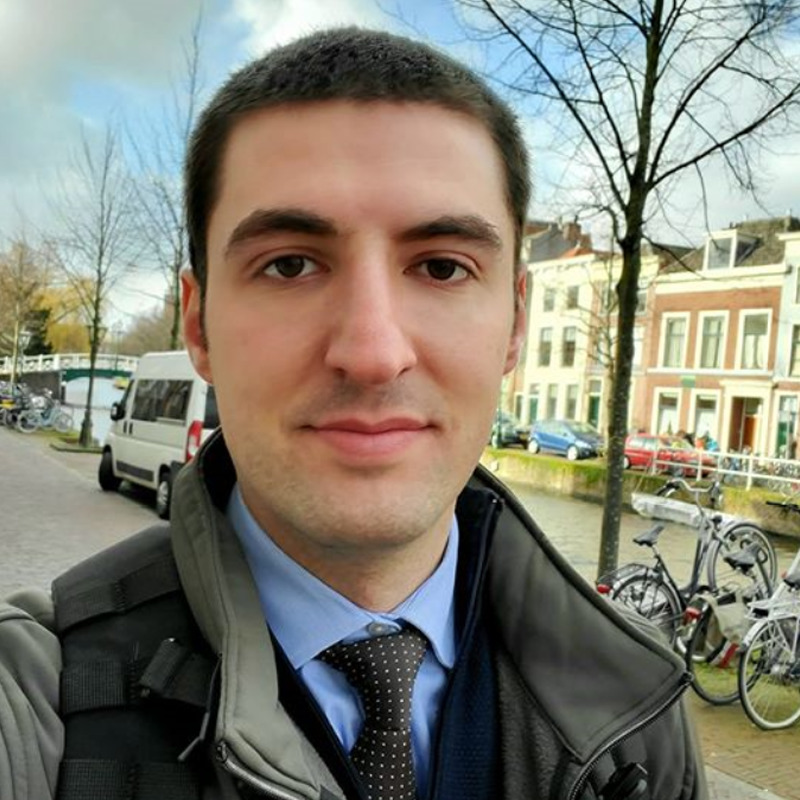 Since May of 2017, Drini Grazhdani works as a Legal Specialist for Millennium DPI Partners L.L.C. in the USAID-funded Justice System Strengthening Program in Kosovo. His work with the program has focused on judicial reforms in Kosovo. In addition, he taught courses on international business law, criminal law, and introduction to law at private colleges in Prishtina. Drini Grazhdani holds a Bachelor of Laws degree from UBT College in Prishtina, a Bachelor of Law and Management of Infrastructure and Real Estate from the European Faculty of Law in Slovenia, and an Advanced LL.M. degree in International Civil and Commercial Law from Leiden Law School.

Measures to curb the COVID-19 pandemic in Kosovo have been subject to political contest and legal challenge. In a press conference on March 17, 2020, the President of Kosovo Hashim Thaçi, announced his intention to issue a decree declaring a state of emergency to deal with the COVID 19 pandemic. The Prime Minister of Kosovo, Albin Kurti, did not agree with the declaration because the total number of infected was only 19 at the time. He alleged that the motive behind the President’s intention was to consolidate power. According to the constitution, the decree could only be tabled before Parliament after consultation with the Prime Minister. Because of the Prime Minister’s disagreement, the President never submitted the decree to parliament. Outside the context of a state of emergency, other measures to grapple with COVID-19 have erroneously been declared unconstitutional.

As part of the lockdown measures to curb COVID-19, the Government of Kosovo restricted the right to freedom of movement by limiting movement to times between 10:00 – 16:00 and 20:00 – 06:00. This decision was based on the law for the prevention and fighting against infectious diseases (PFAID) and the law on health. According to the President, this restriction was unconstitutional. He thus submitted the case to the constitutional court of Kosovo (CCK).

Finding in favour of the President, on April 3, the CCK held that the Government of Kosovo’s restrictions on the right to freedom of movement violated the constitution of Kosovo. The CCK stated that the Government imposed restrictions were not in accordance with the law. The court based this argument on Article 55 of the Constitution, which states that ‘fundamental rights and freedoms guaranteed by this Constitution may only be limited by law’. According to the CCK, the law on PFAID, and the law on health, did not authorise the Government to limit constitutional rights provided by article 35, the right to freedom of movement. In its reasoning, the court stated that the Ministry of Health had the authority to make decisions to fight against pandemics. However, it held that this authority did not include the power to limit the movement of the people at the state level. For this purpose, a new law would have to be adopted by parliament.

The judgment and the CCK’s reasoning is incorrect and contradicts the powers in the PFAID.

‘Organizes the work for administrative competent authorities, other Ministries that get engaged in eradication of a specific infectious disease and for application the protection measures from infectious diseases, in cases of an epidemic which jeopardizes the whole country.

Second, the court justified the lack of authority at the state level, using article 46.1 of PFAID. This article provides that:

‘Municipal health authorities are obliged to send reports to Ministry of Health relating to this Law application and approved dispositions based on it as well as data in relation to disease emergence and measures taken for infectious diseases prevention and fighting.’

The CCK interpreted this to mean that any restrictions to curb the COVID-19 pandemic had to be taken at the local level, ousting the jurisdiction of the Ministry of Health. However, all that this provision requires is that local municipalities report to the Ministry of Health. This does not mean that the Ministry or the Government do not have competences to take measures at the state level. The provision merely affirms the role of local governments when fighting infectious diseases.

In response to the judgement, on April 12, the Government of Kosovo took new measures for the prevention of the spread of the virus by taking separate decisions for each municipality. The opposition in Kosovo took the matter to the CCK, where the court ruled that some of its decisions are constitutional, and some infringe the constitution. Overall, the argument that the Ministry of Health does not have competences at the state level contradicts the PFAID. It is hoped that future judgements will clarify this point and ensure that the Ministry of Health can promptly pass measures during a health crisis.

Kosovo, Conflict and Human Rights
Last week was National Pro Bono week.  To celebrate the OxHRH and OPBP are running a series of posts highlighting ...