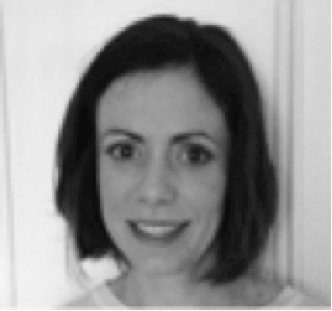 Sarah M. Field, “Law of peace(making) and the promise of a new beginning for children” (OxHRH Blog, 23 October 2016) <https://ohrh.law.ox.ac.uk/law-of-peacemaking-and-the-promise-of-a-new-beginning-for-children/> [Date of Access]

The act of peacemaking may be viewed as the promise of a new beginning. It is latent within the sui generis legal form of the self-constituting process, and the often layered human rights transformation at its substantive epicentre. In the complex and evolving legality that constitutes peacemaking, international human rights claims often have heightened performativity. Or in other words, international human rights law (itself born of international peacemaking processes) is both applicable to, and performative within, the self constituting process of peacemaking. However, the layered human rights transformation is often partial: children and their rights are particularly likely to be invisible in the successive processes and agreements that constitute peacemaking. Yet, there is an international legal obligation to respect and ensure their rights ‘in’ and ‘through’ peacemaking,  as affirmed by the Committee on the Rights of the Child and underwritten by the Security Council. Further, as noted in an earlier posting,  peacemakers may for multifarious reasons — some principled, others political — commit to ‘transforming children’s rights as part of human rights’. So, why, then, are children mostly invisible in peacemaking?

A critical and constructive probe of peace processes from a juristic and  human rights perspective developed six suppositions as to why children are mostly invisible in peacemaking. Of these, two may be viewed as preeminent. First children’s fundamental right to have rights generally and the performativity of their human rights specifically are understated. Yet, as opined by eminent jurists, rights are seldom gifted, they are fought for, or in the words of Albie Sachs they are ‘seized, shaped [and] expressed’ by the right holder. The act of claiming of rights is a performative act, of which (almost always) is a creative act, propelled by legal and political imagination. And for this, it requires the exercise of other rights: the rights to take part in the conduct of public affairs, freedom of expression and association, amongst others. And this is equally so for children. Of course, children’s performativity as claim-makers is relational to their evolving capacities. However, this does not negate the performativity and enforceability of their rights. Rather it compels positive action to accommodate their resulting disadvantage. This includes taking action to ensure children’s rights are performative ‘in’ peacemaking; that their rights are seized, shaped and expressed in the successive processes; and, more optimally, that their rights influence and impact upon the resulting agreements that constitute the process.

This leads to the second preeminent supposition: there is nobody to claim children’s rights ‘in’ peacemaking. Of course this may be intended: the object may be subjugation, most specifically benevolent subjugation; it may be supposed the adult peacemakers will ask the child questions, or act for children. The invisibility of children’s rights in the deliberations may also be unintended: knowledge of subtleties of the law may be unknown, most specifically, the interdependence of children’s civil and political rights with their broader rights. Either way, if no positive action is taken to ensure children’s rights are performative, the vulnerability-creating effects are stark. Whether or not children’s rights are seized is thus contingent on the participants to the process acting for children. This is a particularly precarious process in the context of peacemaking: commitments to children may be subsumed by the politicking in the space, or eclipsed by other priorities.

Viewed another way, if the visceral condemnations of egregious violations of children’s rights (which repeatedly precede and continue into the nascent stages of peacemaking) are to have more meaning, then, it is time to take action to ensure children’s civil and political rights ‘in’ the self-constituting process. And this is possible, as the probe’s six principles illuminate. It begins by first, reaffirming children’s fundamental right to have rights and for those rights to be performative ‘in’ peacemaking and second, taking positive action to critically expose and constructively transform children’s rightslessness in relation to the process. Of course this may demand particular legal and political imagination. The challenge is to seize the broader creativity through which peace processes are constituted and progressed to ensure the promise of a new beginning for children.

Colombia, Children's Rights, Conflict and Human Rights
Colombia is at a critical transitional moment. Today, Colombians will be called to vote on whether they support ...

Syria, Children's Rights, Conflict and Human Rights
The possibility of peace in Syria may seem more like an international force (pun intended) than a beacon of hope. ...