Over the past decade, the legal principle of laïcité [secularism] has undergone radical changes. Initially a principle that guaranteed individual religious freedom and generated obligations of neutrality for public authorities only, it has evolved into a legal ground for curtailing the former and generating the latter for private individuals as well. Hence the multiplication of situations in which individuals are legally compelled to renounce the expression of religious beliefs (at school, at work, in the public space). Thus redefined, laïcité disproportionately is opposed to Muslim women. The talk will seek to explain the ways in which such a subversion of the republican ideal of laïcité has occurred, and question the compatibility of the current state of affairs with constitutional and European law. Finally, it will also offer some theoretical insights as to the stakes associated with the articulation of the French contemporary regime of laïcitéwith notions of liberalism and equality. 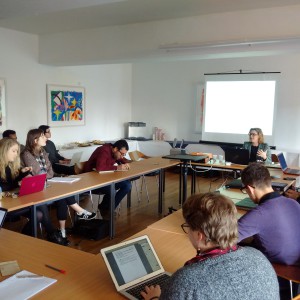 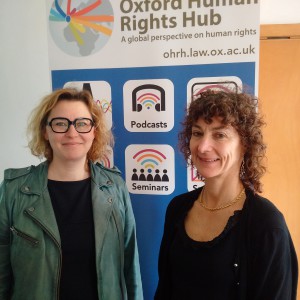 On 24 May 2014, Oxford Pro Bono Publico (OPBP) hosted its inaugural symposium on ‘Public Interest Lawyering in the ...

‘Theresa May calls modern slavery “the great human rights issue of our time”. Do you agree with her?’ Every ...

Publication Launch of the Third Edition of the OxHRH Blog Anthology: Global Perspectives on Human Rights

We are delighted to announce that this year’s edition of Global Perspectives on Human Rights is now ...