The Rhodes Project: Celebrating many versions of what women can be 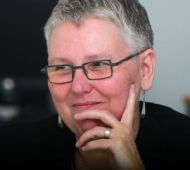 Earlier this year, the Rhodes Project marked its 10th anniversary with a celebration at the home of its founder, Dr Ann Olivarius. In 2004, Olivarius, a member of the second class of women Rhodes Scholars, embarked on a project to better understand the lives and experiences of her fellow female scholars. Since its inception, the Rhodes Project has conducted interviews with over 125 Rhodes women and developed into a dynamic research centre.

The history of the Rhodes Scholarship has primarily been illustrated using the stories of men: figures like Bill Clinton, J. William Fulbright and Bob Hawke loom large, and little heed is paid to the women who have received the scholarship In his 2008 history of the Rhodes Scholarship, Legacy, Philip Ziegler dedicates a single paragraph to discussing the achievements of Rhodes women – he asserts that they are generally less impressive, but doesn’t seek to explain why.

The Rhodes Project was founded to correct this imbalance by investigating the lives of women Rhodes Scholars. Over 1,200 women have earned Rhodes scholarships, and the Rhodes Project has collected a rich set of data regarding their lives and careers. Rhodes women are a unique category of high achievers, and many have enjoyed successful careers in countless fields of work, including politics, finance, business and academia, often while sustaining long-term partnerships and raising children. Their experiences can illuminate our understanding of contemporary women’s lives more broadly, at work and at home.

Research at the Rhodes Project has examined Rhodes women’s experiences at Oxford and after, how they progress in their careers and manifest leadership, and how they contend with the challenges of balancing their professional with their personal lives. We have also considered what they have to say about whether they had or need role models, and if they do, where they look for them. With Dr Kate Blackmon of the Saïd Business School I have addressed academic conferences and published a number of briefings and working papers on these topics and we are now co-authoring a book on the gender gap in leadership, forthcoming with Oxford University Press.

What we have learned is that leadership involves much more than assuming a senior role. It is deeply connected to issues of identity. Whether or not young women Rhodes Scholars fulfil their potential for leadership has everything to do with how they see themselves – and how others see them – at crucial points in their lives. In the life stories told by Rhodes women, a recurring theme is the difference between how they wanted to behave as leaders and their awareness of the expectations that others had of them as women. In the words of one Scholar:

This Scholar had held a high-level position on a national security committee and was an experienced trial lawyer, but she was expected to be little, birdlike, and happy – just because she was a woman. Another participant said:

Women think that if you’re dutiful and you’re a good girl you will be rewarded. And you know what? That is just not true [group laughter]. And the truth is, I don’t think there’s any over-arching conspiracy. I think the way the world works is if you want something you have to ask for it, whether it’s clients, or business, or money. The fact is you have to assert yourself.

The Rhodes Project aims not just to celebrate women Rhodes Scholars: we also hope to offer alternative versions of what it means to be a woman. Young women today still suffer from a dearth of desirable role models and we believe that women Rhodes scholars – with their diverse backgrounds and broad range of experiences – represent a vibrant resource. With this in mind, the Rhodes Project created a Profile Series, where we make some of the Scholars’ wisdom and life lessons available to the public. Most recently, we are working with current women Rhodes Scholars, engaging them on issues relating to our research and providing a space for them to discuss the topics that arise. Through our research and our outreach, we hope not only to support the community of Rhodes women, but also to shed light on gender inequality and work towards a fairer world for women.

The Achbita case: an Update from Belgium

Court of Justice of the European Union, Gender, Right to Equality and Non-Discrimination, Right to Freedom of Religion
In 2017 the Court of Justice (ECJ) pronounced its much criticised answers to two preliminary questions concerning ...

Right to Education, Socio-Economic Rights
The right to education must include standardised measures to ensure equality, quality and accountability. The ...