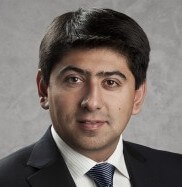 Editor’s note: this post forms the first in a two-part series on the rights of indigenous peoples in the Americas. The second part will be posted tomorrow.

Nonetheless, the interpretation given to these treaties by the Inter-American Human Rights System (IAHRS) organs is that these rights are protected by the right to property in article XXIII of the Declaration and article 21 of the Convention.

Thus, the IACHR has held, using an evolving interpretation, that “Article 21 of the American Convention recognizes the right to property of members of indigenous communities within the framework of communal property”; and that the right to property under article XXIII of the American Declaration “must be interpreted and applied in the context of indigenous communities with due consideration of principles relating to the protection of traditional forms of ownership and cultural survival and rights to land, territories and resources”.

The right to consultation is, possibly, the most important development in this subject. Although it has not been contemplated as such by the ACHR, the jurisprudence of the organs of the system has highlighted its importance as a vital requirement for the delimitation of the right to indigenous property, thus extracting it from the penumbra of articles 8 (which protects the judicial due process), 13 (access to information) and 23 (political rights) of the Convention.

Consultation is, indeed, contemplated in article 6 of the ILO Convention No. 169, which requires that consultation shall be made “through appropriate procedures”, “in a form appropriate to the circumstances”, and that it is necessary to “establish means by which the people involved may freely participate (…) at all levels of decision-making in elective institutions and administrative and other bodies responsible for policies and programs which concern them”.

Within the IAHRS, Convention No. 169 is not applied. However, it is used as an interpretative frame, in accordance with the rule set in article 29 of the ACHR (as decided by the IACourtHR).

The main objective of the right to prior consultation consists in ensuring the effective participation of the communities possibly affected – whether directly or indirectly – in the decision making process that concerns them. In this way, consultation ensures the effective participation of the members of tribal or indigenous peoples or communities. It therefore requires that the State receive and provide information, as well as constant communication between the parties. It needs to be undertaken in good faith and should be carried out through culturally appropriate procedures, with the objective of achieving agreement or consent.

Therefore, it is the duty of the State to ensure the respect of the right to consultation, being in charge of ensuring its effective operation.

One might wonder whether the requirement to consult may be fulfilled where consultation occurs through private parties, whether the concessionaires of the exploitation/project themselves, or third parties. In principle, the answer may be no, since the duty of consultation is non-transferable, and may not be delegated by the State. The IACHR has expressed this fact when it held that “the making of consultation processes is a responsibility of the State, and not of other parties, such as the company that seeks to be granted the concession or the contract of investment”.

However, there are no objective reasons for denying the possibility of delegating part of the consultation (for example, the initial information process could be coordinated by the State and performed by companies, who are more familiar with the details of the project). This may occur, as long as the process of supervision and control is not delegated. In this way, States may ensure that the negotiation process takes into account a frame of respect to human rights and the particular needs of the communities.