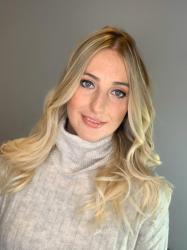 On 23 June 2017, the UN Committee on Economic, Social and Cultural Rights adopted its concluding observations on the fifth periodic report of Australia on its implementation of the International Covenant on Economic, Social and Cultural Rights. The Committee reported on the Australian Government’s performance in respecting, protecting and fulfilling the economic, social and cultural rights of Australians, including the right to food, education, health, housing, work and an adequate standard of living.

The report drew particular attention to Australia’s treatment of asylum seekers and refugees. The Committee expressed grave concerns regarding the “punitive approach” taken towards asylum seekers arriving by boat without a valid visa. Specifically, the Committee criticised the Government’s policy of transferring asylum seekers to offshore processing centres despite the harsh conditions within the centres, including for children. These conditions include acute isolation; overcrowding; limited access to basic services such as healthcare and education; allegations of sexual abuse by staff of service providers; acts of intimidation, taunting and provocation against asylum seekers; and reports of high rates of suicide and self-harm among asylum seekers.

A number of reports support the Committee’s conclusions. For example, a report from Wilson Security, a Manus Island service provider, recorded 16 self-harm and suicide attempts in one week. In August 2016, more than 2000 incident files were leaked from the Nauru detention centre, revealing the large-scale abuse of children inside the centre, showing evidence of sexual assault, assault, self-harm, suicide attempts, squalor, and lack of adequate healthcare.

The Committee reiterated that Australia is responsible for such treatment of asylum seekers in the regional processing centres on Nauru and Manus Island, given it exercises effective control of the detainees, funds the centres and hires private service providers. Notably, the Committee called on the Australian Government to halt its policy of offshore processing and bring all detainees to Australia for processing of their asylum claims. This processing is to be done with all procedural safeguards in place, such as the right to legal advice and representation, the right to an interpreter, and ensuring that the fundamental principle of non-refoulement is upheld, while respecting asylum seekers’ right to family reunification.

Article 10 of the International Covenant on Economic, Social and Cultural Rights recognises the family as the fundamental unit of society, and states that the widest possible protection and assistance should be accorded to the family by State parties. This protection extends to asylum seekers and refugees as recognised at the 1951 United Nations Conference of Plenipotentiaries on the Status of Refugees and Stateless Persons. Furthermore, the UNHCR emphasises the need for States to facilitate the reunification of families separated due to conflict or persecution. As the UNHCR acknowledges, reunification forms a fundamental aspect of bringing normalcy back into the lives of persons who have fled persecution or serious harm and have lost family along the way.

The right to respect for family unity received particular attention in the Committee’s report. This is because Australian law and policy provides that asylum seekers arriving by boat, and granted temporary protection visas, are banned from family reunification. Asylum seekers when granted permanent protection visas continue to face restrictions to family reunification.

The Committee drew on the severe and negative impacts of family separation when it urged the Australian Government to both prioritise family reunification for all asylum seekers granted protection, to prevent families to remaining separated following different migration pathways, and abolish restrictive laws and policies that hamper family reunification.

The UN Committee has delivered a strong condemnation of both Australia’s asylum policy and offshore detention regime. Australia has 18 months from the adoption of the report to provide information on how it has implemented the Committee’s recommendations. The Australian Government has shown a continued unwillingness to bring its asylum policies in line with international law and has failed to previously take heed of UN condemnation. It is to be hoped that Australia will take this report as a turning point, but it is, perhaps, not to be expected.

United Nations, Access to Justice
A few weeks ago a group of Haitian cholera victims took the extraordinary step of filing a class action suit ...

United Nations, Gender, Right to Equality and Non-Discrimination
The 57th session of the Commission on the Status of Women (CSW57) begins today.  As delegates from around the ...