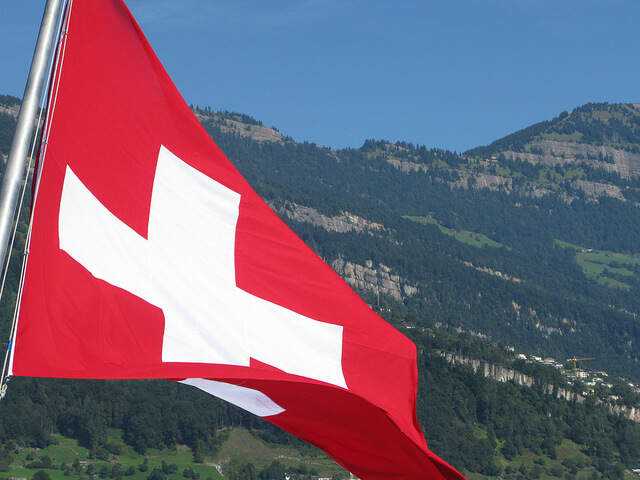 Gender Right to Equality and Non-Discrimination Right to Vote Switzerland 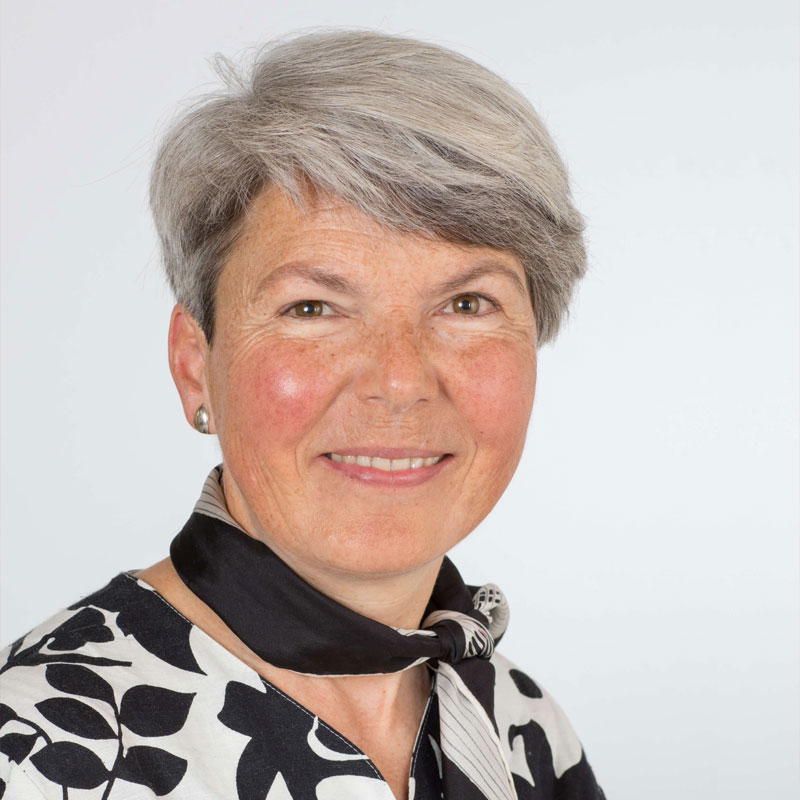 Christa Tobler, Europa Institutes of the Universities of Basel (Switzerland) and Leiden (Netherlands).

In 2017, a Swiss film about the introduction of women’s suffrage on the Swiss federal level attracted much attention and large audiences. The film, entitled “The Divine Order”, was voted the best Swiss film of 2017. It tells the story of Nora, a young housewife and mother in a rural Swiss village, whose life changes dramatically when she decides to publicly fight for women’s suffrage on the federal level, which the men are due to vote on in a ballot on February 7, 1971.

The Swiss federal referendum of 1971 resulted in 65.7 % of votes in favour of the introduction of women’s suffrage. 57.72 % of the men entitled to vote took part in the referendum. The preparation of the vote took place in a heated atmosphere, where not only a considerable number of men but also certain women were firmly opposed to the proposed right to vote – whilst my mother was fervently in favour, my partner’s mother was equally fervently opposed. 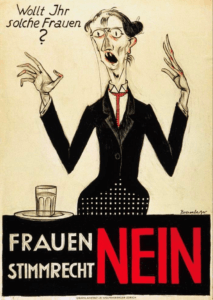 Do you want that kind of women? Women’s suffrage NO 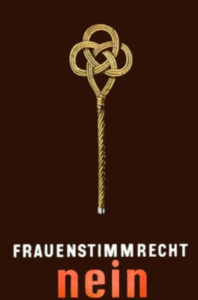 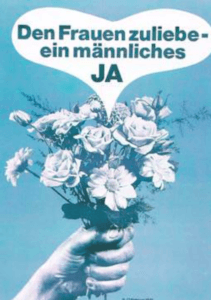 In favour of women: a manly YES 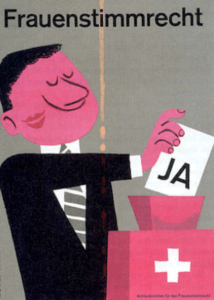 A first petition by women in favour of their suffrage had been handed to the Parliament in 1886. Between 1919 and 1921 several votes took place on the Cantonal level, all of them unsuccessful. In 1923 the Federal Tribunal refused an action by a number of women to be granted the right to vote. In 1959, a first federal vote was lost. In fact, from 1886 it would take almost 100 years for women’s suffrage to be introduced on the federal level. In comparison, most Cantons were faster. By 1971, almost all of them had introduced women’s suffrage, the first being the French speaking Cantons of Vaud and Neuchâtel in 1959. Of the remaining ones that still did not grant women the right to vote by 1971, two German speaking rural half-Cantons took particularly long. The Canton of Appenzell Ausserrhoden followed in 1989, which left one single Canton that refused, namely Appenzell Innerrhoden. Its men kept voting against women’s suffrage, until the Swiss Federal Tribunal stepped in in 1990 (BGE 116 Ia 359).

The main applicant in this case, Ms Rohner, requested to be admitted to the vote in Appenzell Innerrhoden. When she was refused, she brought an action to the Federal Tribunal, claiming a breach of the principle of equal treatment of the sexes, introduced into the Federal Constitution in 1981. The decisive legal question was whether Appenzell Innerrhoden could still claim the freedom to deprive women in the Canton and its municipalities of the right to vote on the basis of a provision in the Federal Constitution that stated a reservation in favour of Cantonal law with respect to Cantonal votes, even though the Constitution now also stipulated equal rights for men and women. The Federal Tribunal came to the conclusion that this was no longer the case. However, a simple annulment of the contested decision would not have solved Ms Rhoner’s problem, as this would have let to a further vote (it may be interesting to note that, as recently as in 2015, a Swiss daily quoted certain Appenzell men as stating, apparently unashamedly: “We Appenzellers would still reject that today”). In this situation, the Federal Tribunal decided, rather courageously, that annulling the decision was not in fact necessary, as the Cantonal Constitution was open to an interpretation in line with the Federal Constitution: all it took, was to henceforth understand the terms “compatriots” and “other Swiss citizens” in the provision on the right to vote as also including women, even though they were put in the male grammatical form.

The above shows that, in Switzerland the story of introducing women’s suffrage is a complex one, not least due to the multilevel nature of the Swiss state and due to the system of direct democracy. It is also clear that the story is not a glorious chapter in Swiss history, which was difficult also in other respects. When my mother was eventually given the right to vote, as a married woman she still lacked full legal capacity. That would change only in 1988. Meanwhile, on the political level it is a fact that more than 25 years after the introduction of women’s suffrage on the federal level, true equality still leaves to be desired in certain respects. Sadly, on that point Switzerland is no different from many other countries.

Germany, Gender, Right to Equality and Non-Discrimination, Right to Vote
Given the political and constitutional history of the 18th and 19th centuries, universal suffrage and free and ...