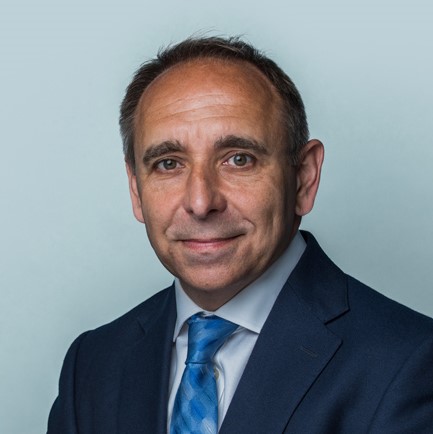 Marc Willers is a senior member of Garden Court Chambers in London and specialises in planning and environmental law; public and administrative law; human rights and discrimination law: see https://www.gardencourtchambers.co.uk/barristers/marc-willers-qc/sao. Marc's environmental law practice is extensive and includes casework and advice within the United Kingdom and abroad. He regularly acts for NGOs and campaigners in challenges to legislation and policy, including those relating to fracking and climate change and is lead Counsel in the ground-breaking Portuguese youth climate case that was filed before the European Court of Human Rights in 2020.

The impact of dangerous climate change on our children and future generations has been highlighted by campaigns around the world such as Fridays for Future, which grew out of Greta Thunberg’s brave step of starting a ‘school strike for climate’ back in August 2018. Litigation led by youth has also begun to play its part in drawing attention to the disproportionate and discriminatory effect that climate change will have on the enjoyment of their human rights. In this short blog I draw attention to three youth led climate change cases but there are others worthy of mention and I suspect many more in the pipeline.

In 2015, youth plaintiffs represented by the non-profit law firm Our Children’s Trust filed a constitutional climate lawsuit, Juliana v United States, in which they allege that the US government’s actions have caused climate change, violating their constitutional rights to life, liberty and property and breaching the public trust doctrine. The plaintiffs’ right to bring their claim may yet be decided by the US Supreme Court. Whatever the decision, the very fact that the case has been brought has raised awareness of the dangers posed by climate change and galvanised youth activists across the world.

In 2019, children from around the world, including Greta Thunberg, represented by Hausfeld solicitors and Earthjustice, submitted a ground-breaking petition to the United Nations Committee on the Rights of the Child in which they assert that Argentina, Brazil, France, Germany and Turkey have violated their rights protected by the Convention on the Rights of the Child by causing and perpetuating the climate crisis.

Finally, in September 2020, Global Legal Action Network filed the first ever climate change case to be brought before the European Court of Human Rights (ECtHR) on behalf of six young people from Portugal against 33 member states of the Council of Europe. The youth applicants complain that the states are in breach of their rights protected by Articles 2 and 8 of the European Convention on Human Rights (the rights to life and to private and family life) for two broad reasons:

The youth applicants also allege a violation of their Article 14 right not to suffer discrimination in the enjoyment of their other human rights protected by the Convention, given that global warming will have a devastating and disproportionate impact on them as a consequence of their age. The youth applicants argue that because each of the respondent states contribute to global emissions they share presumptive responsibility for dangerous climate change that, on its current trajectory, far exceeds the Paris Agreement 1.5°C target and may expose them to the possibility of living to see as much as 4⁰C of global warming. This argument puts the onus on the respondent states to demonstrate the adequacy of their climate change mitigation efforts.

Significantly, the Court has given the application priority status and communicated the case to the respondent states, asking them to address both the issue of admissibility and the merits of the complaint.

As these three cases illustrate, youth led climate change litigation is forcing courts and governments to confront the elephant in the room – the devastating and disproportionate impact of climate change on our children and future generations. It is not an accident that young people are leading the charge – some are beginning to see the dramatic effects of climate change in their own environments, and they know their future is at stake. So, it seems that in answer to the question posed by poet and conservationist Mary Oliver: ‘Tell me, what is it you plan to do with your one wild and precious life?’ the youth of today are telling us and the courts, that they want to live it.

What’s Next in Climate Litigation: The World’s Youth for Climate Justice Campaign for an Advisory Opinion of the International Court of Justice

Access to Justice, Environment, Right to Equality and Non-Discrimination
What was once a “turn” in climate litigation, has now become its central driving force. This series has documented ...