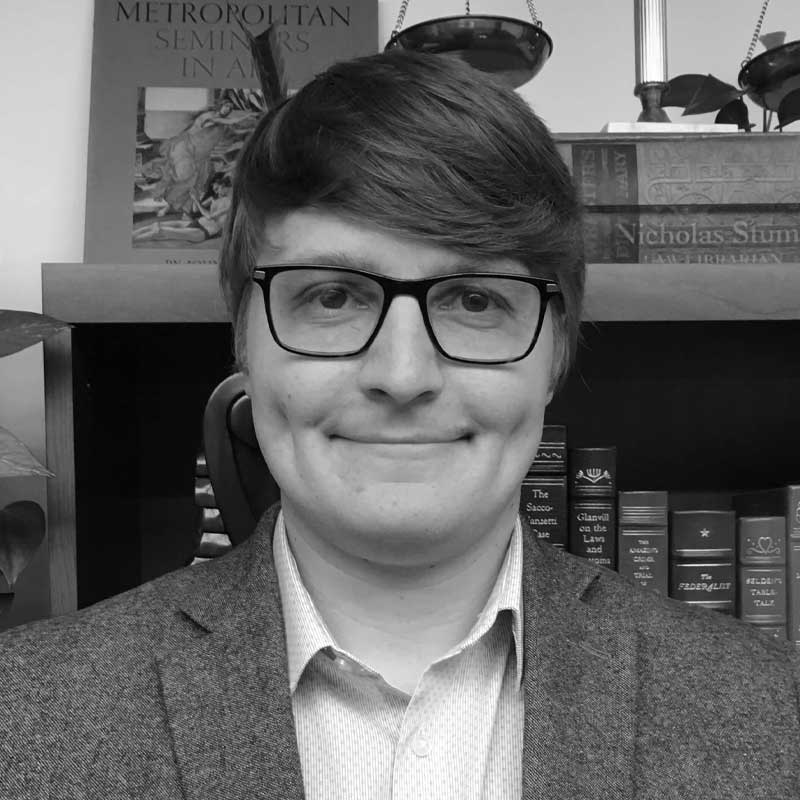 Nicholas F. Stump is the Head of Reference and Access Services at the George R. Farmer Jr. Library, WVU College of Law. He is an Associate with the Oxford Human Rights Hub. His upcoming monograph with the WVU Press Appalachia Reconstructed: Law, The Environment, and Systemic Regional Reform examines how the United States’ energy and environmental law regimes have affected Appalachia, as evidenced by ecological impacts and related socio-economic challenges. He argues that these challenges cannot be addressed solely through traditional legal reform and instead advocates for broader, transformative change that targets social, political, and economic systems that operate above or behind the law. His current work is informed by critical environmental law, Appalachian studies, and law and social movements studies. He teaches in the legal research curriculum with an emphasis on administrative law and energy and environmental law.

Following U.S. President Donald Trump’s decision to withdraw from the Paris Climate Agreement, what is the future of environmental justice and human rights in the United States and the world? We talk with environmental human rights expert and lawyer, Nick Stump, about what we can learn from the experiences of the Appalachian region of the U.S. Appalachia is known for coal mining, and it became a focal region in Trump’s 2016 presidential campaign, as Trump promised to save a declining and environmentally destructive industry to create more coal jobs. As such, Appalachia has become symbolic of the American economic crisis, along with other industrial regions. We talk about the environmental realities in Appalachia, the power of symbolism, and the prospects for realising environmental human rights.

India, Criminal Justice and Fair Trial, Death Penalty
The death penalty was written into the colonial penal code in India when the country was under British direct ...

Transforming the Law-Transgender Rights in the US (with Corey Stoughton)

United States of America, Gender, Right to Equality and Non-Discrimination
In May of 2016, the Obama administration issued federal guidance that stated transgender people are protected ...

‘Some Kind of Monster?’ The Benefits and Burdens of Human Rights For Business

Business and Human Rights
Welcome to RightsUp, a podcast from the Oxford Human Rights Hub. We look at the big human rights issues of the ...