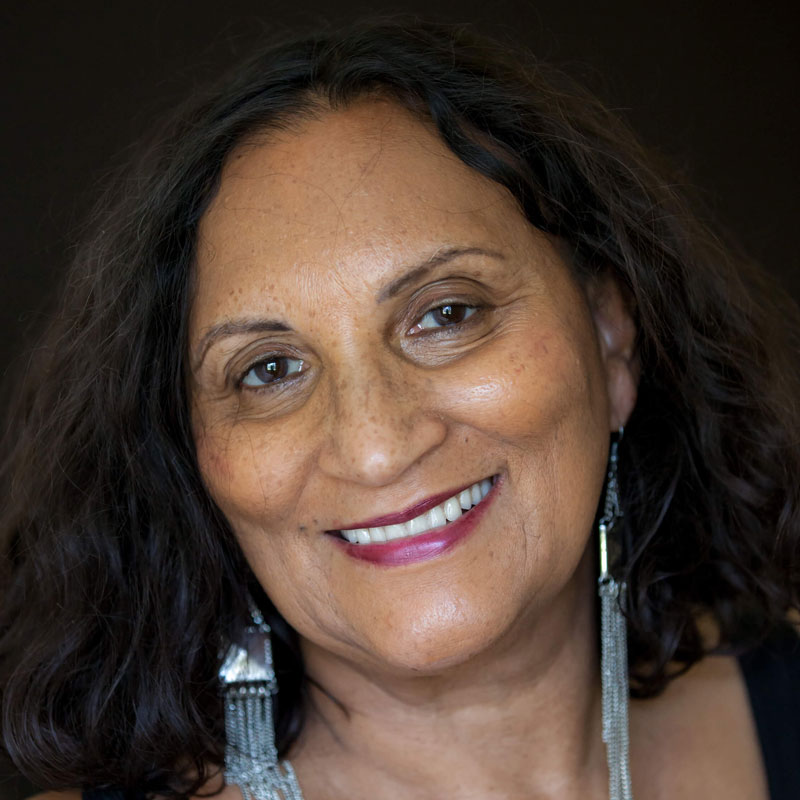 Gertrude has held various positions in post-apartheid South Africa, including being an MP for the African National Congress and a Commissioner on Gender Equality (a constitutional position). She currently lives in Kigali, Rwanda where she works with grassroots women's structures and does consultancy in gender issues. She has a PhD from the Gender Institute, London School of Economics.

At the second World Conference on Human Rights in June 1993, the statement, ‘women’s rights are human rights’ was first coined and accepted due to vociferous lobbying on the part of women’s rights activists. It was at the African regional meetings in 1994 and 1995, culminating in Dakar, Senegal, that African women, in preparation for the Beijing Fourth UN World Women’s Conference in August to September of 1995, reached consensus that the African region would strongly recommend a specific article on girl children. Hence, Chapter IV. L. of the Beijing Platform for Action unambiguously calls for the promotion and protection of girl children and provides for the appropriate education necessary to empower them.

The abduction and disappearance of about 230 schoolgirls on 14 April 2014 from Chibok, Nigeria, poignantly highlights the vulnerability of this group. Many unanswered questions remain, and Nigerian women have raised them to their government. These questions include: how is it that, following the murder of 59 children in the Federal Government College of Buni Yadi on 25 February 2014, security at schools had not been increased? How can it be explained that, in this era of digital technology, drones and sophisticated aerial surveillance, the girls have simply disappeared?

In addition, the Nigerian International Federation of Women Lawyers (FIDA) has asked how it is that in an area (Borno State) apparently under a state of emergency, this abduction could take place. There were four trucks together with many motorbikes that travelled in convoy, arrived at the school in Chibok, and traumatised and terrorised the pupils and staff.  Where were the security officers or any other officials of authority when the abductors then fled with over 200 girls?

There is much speculation and snippets of information about what may have happened to the kidnapped girls. Allegedly, the militant Islamist group, Boko Haram, took them to Chad and Cameroon. It is purported that they were to be forcefully married to Islamist extremists. A local source, Halite Aliyu, of the Borno-Yobe People’s Forum, informed the Associated Press that the girls were being ‘sold’ for 200 naira ($12) each.

In Nigeria, millions have been mobilised as a result of the kidnapping.  On 30 April, a million women assembled in the capital, Abuja, calling on the Nigerian government to leave no stone unturned in the effort to bring the girls back safely.

Nigeria has ratified all major international instruments. Many of these, like the Convention on the Elimination of All Forms of Discrimination against Women (CEDAW) (Article 16), the African Charter on Human and People’s Rights (Article 18(3)) and the African Charter on the Rights and Welfare of the Child (Article 27) prohibit girl child marriages. In addition, Nigeria has instituted various legislative and institutional measures at all levels to address forms of violence against children. No fewer than eight recently-enacted pieces of legislation have been promulgated in order to incorporate the demands of international treaties into domestic law. Furthermore, institutions have been established to protect children, such as the National Agency for the Prohibiting of Traffic in Persons.

But there may be conflicting agendas in populous and multicultural Nigeria. On 5 August 2013, Azubike Onuora-Oguno argued that in failing to revoke section 29(4)(b) of the Nigerian Constitution, child marriages remained legal. Section 29(4)(b) contradicts Section 22 of Nigeria’s Child’s Rights Act of 2003 in stating that upon marriage, female children are considered adults. This section of the Constitution reflects interpretations of Sharia law that justify child marriage. However, according to interpretations of the Qur’an, child marriage is illegal. Yet, it is important to remember that Nigeria is a secular state.  But could it be that there is a lack of political will to stop these abductions?

In the light of the above, what does it mean for women and girls’ human rights?  Today it is Nigeria; tomorrow, who knows where? As long as these conflicting situations regarding women and girls’ rights continue to exist, powerful religions, patriarchal elite and governments will pay lip service to the noble principles to which they have pledged themselves. How is it that religions, which are supposed to enhance lives, can be so exploitative and harmful to women? ‘A luta continua.’ Like the women activists who advocated for women’s rights to be considered human rights, we must enter the next battle to ensure the praxis of this principle.

Nigeria, Gender, Right to Education, Right to Equality and Non-Discrimination
At the second World Conference on Human Rights in June 1993, the statement, 'women's rights are human rights' was ...

Nigeria, Disability, Right to Equality and Non-Discrimination
The Nigeria popular art space came to life about a decade ago with the coming of Nollywood. Standup comedy ...

Constitutionalising the Violation of the Right of the Girl Child in Nigeria: Exploring Constitutional Safeguards and Pitfalls

Nigeria, Children's Rights, Gender
The Senate of the Federal Republic of Nigeria, the highest legislative arm in Nigeria, is on the verge of ...