The programme for the conference can be found here.

Around the world, women have made impressive advances in the struggle for equality in the face of significant political, social and economic obstacles. With each struggle and each advance, the women’s movement has always experienced resistance. In the current moment, we seem to be witnessing a particular conflation of powerful forces that are placing positive momentum in jeopardy. These stem from a multitude of sources, including the persistence and re-emergence of social, economic, religious and ideological fundamentalisms; the successes of populist politics; the mobilisation of conservative political and social movements; the economic fallout of the relentless drive to maximise profits; and the ongoing denial of climate change and its effects. All of these interact in different ways to leave equality and women’s rights in a precarious position. They have a particularly egregious effect on women with intersecting identies—for instance, black, working class, disabled, unemployed, migrant women—as the gender backlash interconnects with multiple other inequalities.

Women have always found ways to resist oppression and subordination. One of the characteristics of the current moment is the manner in which women are mobilising in new ways to oppose multiple and complex inequalities. For example, strong global grassroots campaigns have emerged to champion women’s rights at all levels, best exemplified by the #MeToo, #LifeinLeggings and #TimesUp movement. These mirror similar movements in struggles for other aspects of social justice, such as Black Lives Matter and Fee Must Fall movements. These forms of resistance signal new kinds of mobilisation, activism and struggles.

Although there is a continuing questioning of the efficacy of rights and law, given the persistent disparities between formal guarantees and reality; many believe that there is still a powerful role for rights and law in strategies to defend past successes and move women’s rights forward to an inclusive and transformative future. However, this is not an easy task. Neoliberal policies and economic austerity continue to drive inequalities. Populist politics reinforce and deepen gender, race, religious  and class divides. Fundamentalist organizations are mobilized and increasingly strategic, both in the institutional arena and in disputing social morality. It is not enough simply to propose new laws, or even to defend old ones. Careful thought must be given not only to how law and rights can be effectively implemented,  but also how fundamental and extreme political and culture forces can be tackled and shifted.

Both these new forms of resistance and the rise of political, economic and social fundamentalisms thus raise a whole set of questions about the role of rights, law and lawyers. What role can law and equality lawyers play in translating this energy and activism into concrete legal and policy measures? How is law being disputed by progressive feminist and conservative movements? How can an inclusive women’s movement incorporate differences between women, both in terms of values and in terms of strategies, and what resources are there in the law to assist in this reconciliation? Equally important, how can lawyers work with social movements to ensure implementation and enforcement of rights, policy and legislation already won? How can rights and gender equality law address the various strands of fundamentalisms that seek to dilute women’s human rights? How can gender equality lawyers work across different movements for social justice to ensure the gender equality issues are accounted for?

Women’s political, legal and social activism has always sparked aspirations of transformative legal change, and much has been won. This conference seeks to build upon those successes and to take an academically rigorous approach to new challenges and dangers so as to uncompromisingly defend and advance the fundamental right to equality.

The conference will therefore be centred around the following topics:

Human rights recognize both women’s immediate right to gender equality and the right to religious freedom, culture and belief. These rights continue to be in tension and efforts to achieve gender equality in law and policy are routinely restricted in the name of religion and culture. In other instances, however, new ways are being sought to advance gender equality through religion and culture. This panel will explore the many facets of these conflicts and struggles, and the difficulties in seeking to find resolutions that respect equality and religion and culture. For example, in some instances, legal efforts to overcome harmful religious and cultural practices can ignore women’s de facto needs and the complex interaction between different cultural norms and structural institutions. Thus, laws and policies designed to protect and further gender equality can, in effect, perpetuate disadvantage. This panel will explore strategies for how to promote women’s voices and protect their human rights in an era of rising conservative religion and cultural norms.

The great insight of intersectionality is that women’s experiences differ across race, class, religion, sexual orientation, migrant or marital status, sexual orientation, age, geographic location and many other cross-cutting experiences. There is no monolithic women’s movement and it is crucial to empower the voices of all women, regardless of their identity and experiences. But with the rise in conservative fundamentalism, are women’s identities being exploited to generate division and discord? How can human rights law and policy respect and affirm differences amongst women, and refrain from reproducing a simple gender binary, while still maintaining a strategic unity around issues of gender equality? Is this even desirable? This panel will discuss whether and how to develop and use law and rights to ensure the advancement of all women, but particularly those who find themselves at the margins.

For more than two decades, women’s rights have increasingly been a part of global as well as regional and local debates. Despite these achievements, conservative movements around the world have been able to effectively counteract and at times undermine women’s accomplishments. The recent wave of opposition to gender equality has been accompanied by the rise of new conservative social movements. Combining civil society campaigns, religious mobilisation and political power, these conservative movements have been innovative in terms of organization structures, strategies, alliances and frames. This panel will unpack the different strands of conservatism that coexist in different national or international settings. It will also explore the interactions between religion, culture, economics and politics in the configuration of the backlash to gender inclusion. The use of the law both to advance conservatism and to resist it will be a key theme of this panel.

The emergence of an idea of a ‘post-racial’ and ‘colour-blind’ society in the wake of the Obama presidency and a ‘post-aparthied’ South Africa has ironically served to highlight the extent to which systemic racism and racial inequality have become invisible in those, and other, societies. This has generated a new wave of anti-racist politics and has generated a new focus on the position of black women and intersectionalities. How does the women’s movement work with movements for racial justice? How do we build gender solidarity across race? What is the role of rights and law in building these alliances and in ensuring that all women are accorded the benefit of rights and law?

Are we in a post neoliberal moment? This panel will try to make sense of the reconfiguration of the neoliberal agenda and its impact on gender equality law. For a brief period of time, at least in Latin America, there seemed to be a feeling that neoliberalism was over. Nevertheless, in recent years, neoliberalism has been striking back full force in Europe and the United States, especially after the crisis of 2008. What has this evolution meant for gender equality law across the globe? This panel will focus both on the ways in which law has been complicit in the advance of austerity and its effect on women and on ways in which human rights and gender equality law can be allied with the development goals to counteract these issues.

Constitutions and independence documents signal the collective identity of a people. However, women’s diverse and intersectional identities shape their particular experiences of citizenship. What gains have been made in using the law to reimagine a collective identity which recognizes the equal citizenship of women? How can the political participation of diverse groups of women who have been historically marginalized, in particular, indigenous women, refugees and migrants, black women, women with disabilities, intersex persons, and women in the lesbian, bisexual and transgendered community, combat the fundamentalisms which threaten these gains?

Facing the context of backlash and immersed in a culture of internet and organization in networks, a new generation of feminist activists is producing innovations in themes, frames and repertoires of collective action. The new wave of mobilisation has put sexuality, body and power relations in the workplace in the spotlight, in mobilisations strategies profoundly embedded in network and auto-communication.They have been using humour and strong body languages, as in the slut walks, and campaigns of public shame to denounce cases of sexual harassment, such as the #MeToo campaign (and their several national versions, #Balancetonporc in France, #meuamigosecreto in Brazil). At the same time,  social media was used to make strong calls to the streets, and women have been marching around the world. If the previous generation focused the feminist struggle in formal arenas; the current forms of resistance – although still formulating claims in the language of law – tend to prioritize non-institutional and informal strategies. This panel will explore the causes and consequences of this shift in legal activism. Is it a reaction to obstacles in the functioning of the justice system? Which blockages have women been facing in making claims in formal arenas? What are the benefits and perils of informal strategies? How can they produce structural changes? How do they connect – and energize – with mobilisation in formal arenas? How to deal with the ambivalences of more disruptive practices, as the repertoires of individual (cyber) lynching and vengeance?

We invite you to address one or more of these questions in different national and international contexts. We welcome papers that address the changing context of gender equality and women’s rights struggles, and that are inspired to think about these issues in ‘new’ ways. The aim is not just to diagnose, but to be creative in proposing innovative solutions in law and policy.  In this, we hope to have a dialogue across countries of the South, and with countries of the North, about the place of women’s rights and gender equality in today’s world.

Participants are invited to submit an abstract on one of the above themes for presentation at the conference in Kingston, Jamaica on February 21-22, 2019. Abstracts should be submitted to oxfordhumanrightshub@law.ox.ac.uk  by April  20, 2018 and we will advise you of the outcome shortly thereafter.

Participants will be expected to submit a written paper for discussion by January 2019 and will be invited to re-work this paper for a special edition of the OxHRH Journal.

As limited funds are available, participants are expected to secure own funds for airfare and accommodation. We hope that you are able to do this. Meals will be provided during the conference. Should you require additional assistance, please write to us at oxfordhumanrightshub@law.ox.ac.uk

We look forward to welcoming you in Kingston, Jamaica. 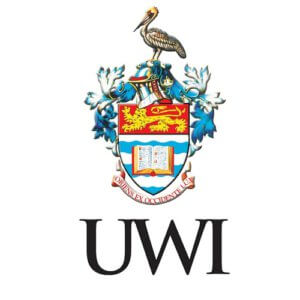 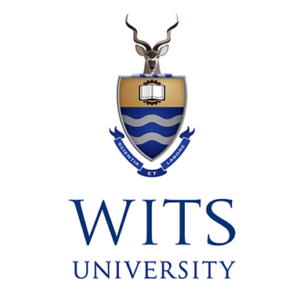 More than a year and a half have passed since the start of “Even the Finest of Warriors” project, and at the end ...

Exploring the Relationship between Identities and Judging

Justice Mokgoro discussed the role of intersectional identities in the judicial decision making process. She drew ...