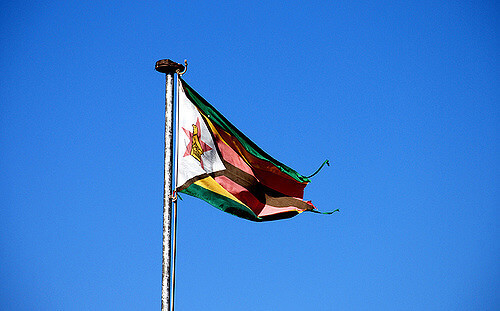 Jason Brickhill is a doctoral candidate and tutor at the University of Oxford, an advocate at the Johannesburg Bar and an Honorary Research Associate at the University of Cape Town. His doctoral research looks at the impact of strategic litigation in South Africa. He has published widely in constitutional law and human rights, his latest book being J Brickhill (ed) Public Interest Litigation in South Africa (Juta 2018). He is the former Director of the Constitutional Litigation Unit of the Legal Resources Centre. As an advocate, Jason has appeared frequently in the superior courts of South Africa. His academic work has also been cited on several occasions by the Constitutional Court of South Africa.

Today, the Constitutional Court dismissed a legal challenge to Zimbabwe’s presidential elections. In my previous post, I reported on the conduct of the elections and the ensuing military crackdown. Information in the public domain indicated that the results were not credible – in particular, the increase in turnout after close of voting, reaching extraordinary levels of 85-90% after initial declarations of 72%, and crowd-sourced data on polling station returns showing a strong lead for opposition candidate Chamisa.

The Zimbabwe Electoral Commission (ZEC) then released spreadsheets purporting to reflect the disaggregated results of presidential voting, down to polling station level. ZEC did not release the polling station “V11” results. The legal challenge to the elections highlighted that ZEC’s results were deeply flawed. The results announced by ZEC on television differed from its written results by 5,476 votes. On ZEC’s published results, Mnangagwa avoided a run-off (necessary where no candidate passes 50%) by just 31,830 votes.

The discrepancies revealed in the application (and the Mnangagwa votes that they represented) included:

In response to the application, ZEC purported to adjust the results that it had announced, thrice lowering Mnangagwa’s tally, but claiming that it remained above 50%. Mnangagwa’s answering papers denied all the alleged discrepancies. ZEC sought to explain them, but its evidence was thin.

Ahead of the hearing, the obviously conflicted Minister of Justice (also Mnangagwa’s Chief Election Agent) refused rights of appearance to South African advocates whom the opposition and other parties had sought to brief. Advocates Ngcukaitobi, Mpofu and Gauntlett and their juniors sat in court, barred from arguing.

Early on, there were indications that the bench would do all it could to avoid overturning the election. First, the Court barred any respondents (other losing candidates) from arguing in support of the challenge. Its formalistic reasoning that respondents can only “oppose” is not only inconsistent with ordinary civil practice in common law systems, but violated the right to a fair hearing in s 69 of the Constitution. The Court’s priority was not discovering the truth, but using technical means to narrow the case.

During the hearing, the bench actively challenged Chamisa’s counsel throughout their submissions, appearing disinterested in the specific details of the discrepancies and raising repeated technical objections – that the application was served a day late, that evidence was inadmissible, and that Chamisa should have applied for a re-count or to re-open the ballot boxes. By contrast, Mnangagwa and ZEC’s counsel received almost no adverse questions or push-back. During ZEC’s argument, the Court was attentive, carefully noting details of purported explanations. In relation to the 16 identical polling station results, the Court did not balk when ZEC argued that this was just what had happened, providing purported evidence in respect of only 2 of the 16.

Ultimately, the Court unanimously dismissed the challenge on the basis that Chamisa ought to have applied either for a re-count or to re-open the ballot boxes. Without doing so, Chamisa had failed to adduce the “primary evidence” to support his claim, falling foul of the “best evidence rule”. The Court held that, without the evidence of the mass of ballot papers and polling station returns, Chamisa could not prove the alleged irregularities. It emphasised that the onus lies with anyone challenging an election and that the threshold is extremely high, even suggesting that Chamisa had to prove his case “beyond reasonable doubt”. In the Court’s view, the “primary evidence” would have resolved the “improbabilities” in the official results. Malaba CJ, in any event, held that ZEC had put up evidence to defeat the allegations. The Court avoided engaging with the detail of the discrepancies raised by Chamisa and ZEC’s failure to explain them. The Court offered no explanation for the 16 identical polling station results or for the difference of 40,000 votes between the presidential and parliamentary ballots.

The Court’s reasoning strains every element of the law to avoid having to confront the glaring discrepancies in ZEC’s thrice-adjusted results. The Court appears to suggest that Chamisa needed to produce all the over 10,000 ‘V11’ polling station returns – over which ZEC had custody, which it chose not to disclose. No court applying the facts and the law impartially could have failed to conclude that the election was deeply flawed. The election results were not credible; nor is this judgment, further eroding faith in two critical constitutional institutions.

Kenya, Constitutions and Human Rights, Right to Vote
On 8 August 2017, Kenya held her second General Election under the 2010 Constitution. This was the first time an ...