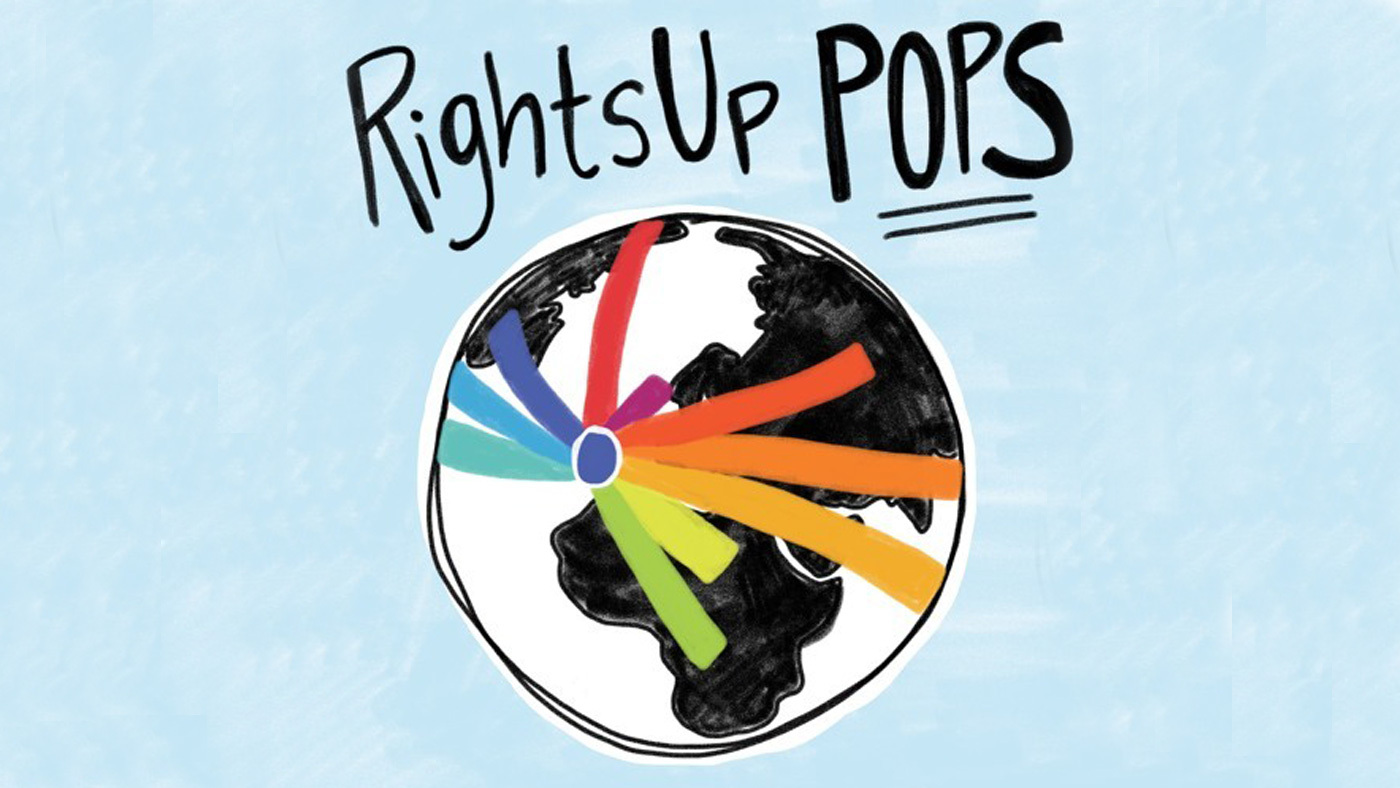 Mónica Arango Olaya (0:02) You’re listening to RightsUp Pops, a podcast from the Oxford Human Rights Hub. I am Mónica Arango Olaya and in today’s episode we are delighted to have Gauri Pillai, our previous Managing Editor and now Assistant Professor of Law at the National Law School of India University, with us. We will be talking to her about the latest Indian Supreme Court decision on abortion rights. Welcome back Gauri.

Gauri Pillai (0:29) Thank you for having me Mónica. It’s such a pleasure to be here.

Mónica Arango Olaya (0:33) Well, so— let’s get right into it. Very recently, the Supreme Court of India, in the X v NCT case,[1] recognised an entitlement to abortion as a constitutionally protected reproductive right. Can you tell us briefly what the case is about?

Gauri Pillai (0:51) So before we get into the facts and the holding of the case, it would be helpful for us to understand what the legislative framework is on abortion in India.

(1:01) So, there are two main legislations governing abortion. The first is the Indian Penal Code, which criminalises abortion, except in cases where it is necessary to save the life of the pregnant woman. And the second is the Medical Termination of Pregnancy Act,[2] which exists as an exception to the criminal law.

(1:55) So, Rule 3B of the MTP Rules[3] says that if you are— if you experience “a change in marital status”, and then in brackets, it says, either “(widowhood or divorce)”, then you fall within this vulnerable category of women, and you can access abortions between 20 and 24 weeks if you meet certain conditions.

(2:16) Now, last week, the Supreme Court considered the interpretation of Rule 3B once again, because it raised a substantial question of law. And the Court held, in line with its [inaudible] model, that Rule 3B extends to unmarried pregnant women as well.

(2:38) The first is that the MTPA, the Court argued, should be interpreted purposively, and the purpose of the legislation is to prevent threat[s] to women’s life and health from an unwanted pregnancy. And the Court held it does not matter if this threat comes— happens to whether married or unmarried women, as long as there is a change in relationship circumstance, which then threatens their health to carry the pregnancy to term, the abortion will be allowed, or ought to be allowed, rather.

(3:08) The second, the Court held that social circumstances in India have changed. Atypical forms of familial relationships, which are outside marriage, for example, “live-in” relationships, are much more common, and this sort of changing social environment ought to interpret how the Court— ought to influence, sorry, how the Court interprets the legislation.

(3:29) And finally, the Court held that the MTPA is a beneficial legislation, and it is created for the benefit of pregnant women, and therefore it should be interpreted broadly in line with their interests.

Mónica Arango Olaya (3:39) So, it seems to me that what you’re saying is that the Court anchored is ruling on the prohibition of gender-based stereotypes, and stereotypes about women and married life. Can you explain a bit more the Court’s reasoning?

Gauri Pillai (3:55) So, one of the most important parts of the Court’s reasoning, along with the others that I mentioned earlier, is that it hits back against the artificial distinction within the law between married and unmarried women. And the Court says, and as you rightly point out, that restricting abortions beyond 20 weeks to married women alone is based on the unconstitutional stereotype that sexuality is confined to the institution of marriage, which the Court sees as both factually incorrect and constitutionally unsustainable.

(5:01) So, taking into account concerns of separation of powers and the presumption of constitutionality of legislation, the Court held— the Court opted, rather, to go with an interpretation of Rule 3B that aligns with a constitutional right to equality.

Mónica Arango Olaya (5:16) In which legal entitlements did the Court base this decision and the reasoning that you’re explaining?

Gauri Pillai (5:23) So, the very obvious one to hit back against the distinction between married and unmarried women is the right to equality under Article 14 of our Constitution— of the Indian Constitution.

Gauri Pillai (5:37) The other right that the Court develops in a fair amount of detail is the right to decisional autonomy, which comes from Article 21 of our Constitution, which guarantees to women the right to life and personal liberty. So, decision autonomy, the Court argues, would allow women to make intimate decisions about matters including reproduction, and this would extend to a decision not just to have an abortion, but also to not have an abortion. So, it covers both sides of the decision.

Gauri Pillai (7:12) The answer to that question, Mónica — it is quite novel because typically, within India’s reproductive rights jurisprudence, we see a— quite a consistent absence of the right to equality or the right to non-discrimination. So, the fact that the Court used— explicitly used the right to equality here to protest against the distinction between married and unmarried woman within the MPT Rule is definitely a significant jurisprudential step forward.

Mónica Arango Olaya (8:17) The other important part of this decision that you’re pointing out is about how the Court anchored its decision on the right of women to make decisions about their bodies. And I think that that is quite interesting. As you stated before, the regime places a lot of emphasis on the doctor’s decision or assessment. So, what did the Court say about this? Does the Court touch on this tension between the right of women to make the decision and how the doctor can (or not) make it for the women?

(9:39) It is important to just say that the constitutionality of the role of medical professionals was not in issue before the Court. What was in issue was simply the interpretation of Rule 3B, so it may not be reasonable to expect the Court to go so far to strike down the medical professional requirement. But an implication of the Court’s holding is certainly that we need to rethink who the MTPA sees as the decision-maker.

Mónica Arango Olaya (10:08) The decision sounds quite ground-breaking and expansive. How do you assess it? Is this a good decision for women’s reproductive rights, or does it have challenges?

Gauri Pillai (10:23) I would say that I’m very optimistic, but I’m cautiously optimistic because I think that, again, going beyond that question about married and unmarried women, the Court’s decision— it lays the ground, rather, for challenges to several issues that have been plaguing India’s abortion law for a really long time. But the criminal prohibition on abortion continues to remain in place. So, even if the language used by the Court to expansively interpret the MTPA, to see the woman as the ultimate decision-maker— even though the language is really progressive, I wonder how far the language can take a woman actually claiming an abortion on the ground, because the criminal law exists and continues to remain in place, which will continue to affect how the MPTA is interpreted.

Mónica Arango Olaya (11:13) Thank you so much, Gauri, for talking to us today.

Gauri Pillai (11:17) Thank you, Mónica. This was a great conversation.

Mónica Arango Olaya (11:23) RightsUp Pop is brought to you by the Oxford Human Rights Hub. The Executive Producer is Meghan Campbell. This episode was co-produced by Mónica Arango Olaya, edited by Sophie Smith, and hosted by Mónica Arango Olaya. Music for this series is by Rosemary Allmann. Show notes for this episode have been written by Sarah Dobbie. Thanks to our production team members — Sandra Fredman, Meghan Campbell, Natasha Holcroft-Emmess, and Sophie Smith — for their valuable feedback in putting together this episode. Subscribe to this podcast wherever you like to listen to your favourite podcasts.

[3] As the Supreme Court explained in X v NCT, “[t]he MTP Act vests the Central Government with the power to enact rules to carry out its provisions” (§16), “[i]n exercise of this power, the Central Government notified the MTP Rules” (§17), and “Rule 3B, recently amended by the Medical Termination of Pregnancy (Amendment) Rules 2021, … governs the categories of women under clause (b) of sub-section 2 of Section 3 who may have their pregnancy terminated if the length of their pregnancy exceeds twenty weeks but does not exceed twenty-four weeks” (§17).