Inxeba (The Wound) is a film directed by John Trengove. The film depicts the story of Xolani (played by Nakhane Touré, an openly gay musician) and Kwanda, that unfolds in the mountains of the Eastern Cape. Xolani is assigned to guide Kwanda through an ancient Xhosa initiation ritual for boys. As he navigates these rituals, he encounters his own queer identity, whilst discovering Xolani’s relationship with Vija, his fellow guide. The film explores the tensions at the nexus of masculinity, sexuality and tradition.

The film will be screened at the Phoenix Picturehouse on 28th April 2018, at 3PM. Following the screening, there will be a panel discussion chaired by Prof. Jonny Steinberg (African Studies department), in conversation with Margie Orford (Former Chair of PEN South Africa), John Trengove (Director of the film), and Mbalenhle Matandela (MSc in African Studies candidate).

Tickets for the event can be purchased here.

The discussion is jointly organised by the Bonavero Institute of Human Rights, the Africa Society, and the African Studies Centre. 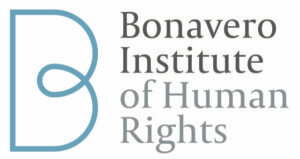 Inspired by similar initiatives across the country, a group of alumni and students from NALSAR University of Law ...

Right to a Better World-Documentary Series

Health is a human right, and tactics learned from the human rights movement can help ensure every person access to ...

Associate Professor Liora Lazarus was invited to submit evidence to the Joint Parliamentary Committee on the Draft ...