**New** U of OxHRH J Article-Women Are Not In The Best Positions To Make These Decisions Themselves: Gender Stereotypes in the Uruguayan Abortion Law 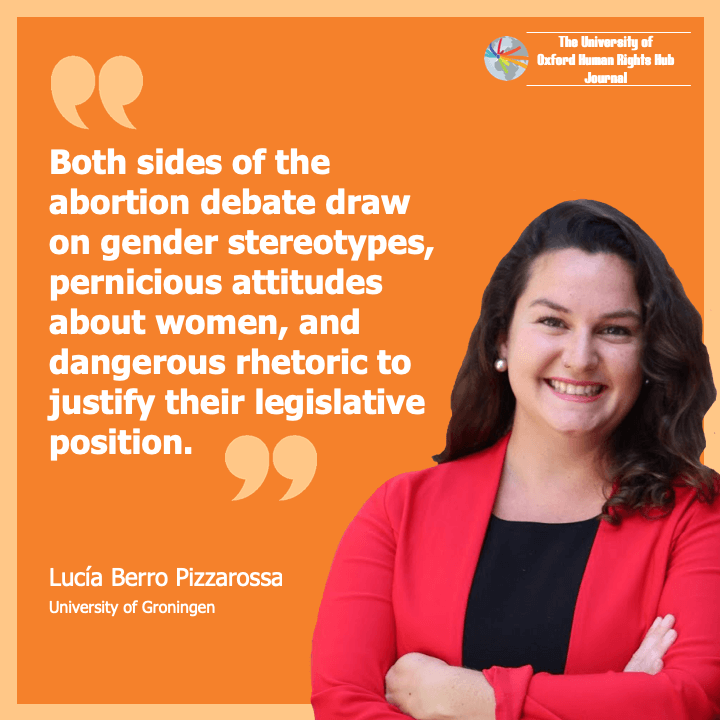 Lucía Berro Pizzarossa,‘“Women are Not in the Best Position to Make These Decisions by Themselves”: Gender Stereotypes in the Uruguayan Abortion Law’ (2019) U of OxHRH J 25

Efforts to protect women’s rights can cast dark shadows. Dangerous and often unnoticed stereotypes can motivate and infiltrate legal reforms. Recent changes to the law on abortion in Uruguay have been held out as a best practice model in South America. Recognising the power of the law to shape our understandings of how people are and should be, this article aims to unpack the stereotypes on women seeking abortions in the Uruguayan legal discourse and map how the law on abortion gives legal force to these harmful stereotyped ideas. This article analyses the parliamentary proceedings on the Voluntary Termination of Pregnancy Act. It asks: Do the debates on abortion in Uruguay reveal a cultural shift? Do members of parliament’s arguments hinge on harmful stereotypes? In asking these questions, this article explores the extent to which a fairly liberal and widely praised domestic abortion law complies with the national and international human rights obligations to eradicate harmful gender stereotypes. Mining the rhetoric used in the parliament debates reveals the stereotyped images of women that seek abortion services that—rather than reflecting the true complexity and diverse experiences of women that seek abortion—are grounded in women’s perceived degree of deviance from gendered stereotypes, particularly those surrounding motherhood. Uruguayan abortion law, while seemingly protecting women’s rights, in fact hinges on traditional gender attitudes and stereotypes. This article provides the foundations to further develop sophisticated legal and political strategies for fulfilling women’s sexual and reproductive health and rights. 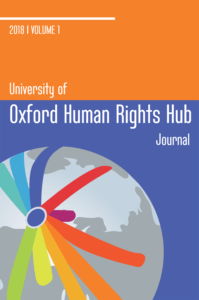