In the 1990s, in the context of a post Cold-war world and a new global consensus on human rights, the third wave of constitutionalism saw many countries in Africa and South America enact new constitutions founded on justiciable fundamental rights and gender equality. Across the developing world, these constitutions, as well as international and regional agreements on women’s rights, gave rise to rights-based activism to secure new laws and policies to empower women. At the same time, regional systems, such as the European Union, turned to institutionalising gender equality in all 28 member states through anti-discrimination laws, protection of pregnancy and parenting rights, equal pay laws, protections for flexible workers, and mainstreaming policies. The past two decades have seen a staggering increase in the use of human rights – enshrined in international, regional and national documents – to address gender equality, poverty, the workplace, gender-based violence, reproductive justice, HIV/AIDS and so on. Constitutionalism, justiciable rights, international and regional human rights norms and comparative human rights law have driven political and legal struggles for gender equality and women’s empowerment across the world.

These social movements and organisations won important victories, although mostly on issues that are culturally more acceptable and do not fundamentally challenge the traditional division of gender roles. For example, many countries adopted policies against gender violence, but have struggled to shift norms and attitudes that fuel violence.  For the majority of countries in Africa and South America, there has been a deep reticence in advancing sexual and reproductive rights. For the few that have adopted new laws, they have failed to implement them effectively.  In this field, the ‘feminist threat’ has encouraged religious and conservative forces to organize and mobilize themselves, both in the institutional arena and in disputing social morality.

Similar patterns of ‘backlash’ can be found on migrant and economic issues as rights-based gains are opposed by Neoliberals who see Court adjudication as an undue interference with the market. Thus we see a claw-back on progressive socio-economic rights jurisprudence in Colombia as well as the dismantling of state led redistributive policies in countries such as Argentina and Brazil, while in ‘older’ democracies, the established consensus of the welfare state is undermined by free market policies and xenophobia, such as in the United Kingdom.

On the other hand, the constitutional agreements of the 1990s are being challenged by new social movements in countries like South Africa on the grounds that they have been unable to deliver meaningful and transformative change. Some of these movements are questioning the liberal-democratic frameworks of change and are bringing the strategy of rights into question.

As institutional channels are closed down or increasingly contested, new forms of mobilization are emerging that are less institutionalized and engage change in different ways. In line with the global protests wave and with the more intense participation of ‘young feminism’, ‘black feminism’ and LGBTI, the feminist movements have started to incorporate a more autonomist repertoire of activity, with a return to street protests and more radical agendas linked to gender, body and sexuality. The consequences of this shift are still to be evaluated.

Much of this takes place in a context of years of austerity and/or deepening economic inequalities; new and old social tensions around race, gender, class, religion and so on; new social movements and a growing mobilisation and counter-mobilisation on issues of race, reproductive justice, migration, religion, peace movements and post-conflict reconstruction.

Indeed, it is clear that, 20 years on, the consensus on human rights is being challenged in a multitude of ways – conceptually, politically, culturally, legally and practically – from the left and from the right. At the heart of this are a series of new and old questions about the place of constitutions, law, gender equality and women’s human rights in an increasingly unequal and divided world.

The conference will therefore be centred around the following topics:

We invite you to address one or more of these questions in different national and international contexts. We welcome papers that address the changing context of gender equality and women’s rights struggles, and that are inspired to think about these issues in ‘new’ ways. What, if any, have been the significant changes of the past two decades and what conceptual, legal and political frameworks make sense going forward. In this, we hope to have a dialogue across countries of the South, and with countries of the North, about the place of women’s rights and gender equality in today’s world.

Participants are invited to submit an abstract on one of the above themes for presentation at the conference in Bogotà, Colombia on 19 and 20 October 2017. Abstract should be submitted to oxfordhumanrightshub@law.ox.ac.uk by the 10 December 2016, and we will advise you of the outcome by 31 January 2017.

Participants will be expected to submit a written paper for discussion by 19 September 2017 and will be invited to re-work this paper for a book to be submitted for publication in 2018.

As limited funds are available, participants are expected to secure own funds for airfare and accommodation. We hope that you are able to do this. Local transportation and meals will be provided during the conference. Should you require additional assistance, please write to us at oxfordhumanrightshub@law.ox.ac.uk

We look forward to welcoming you in Bogotà. 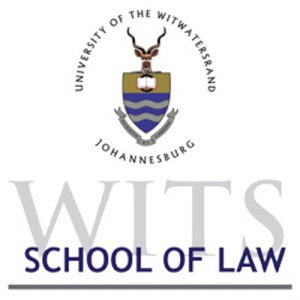 The research assistant will work under the supervision of Dr Katia Bianchini, Research Fellow, Max Planck for ...

The Impact of Brexit on Equality Rights-Workshop Report

Admissions to the Seminar “Public Health and Human Rights – Current Challenges and Possible Solutions” (19 May ...