The fifth annual Oxford Legal Assistance Public Law Moot took place on 21 May 2016 at the Oxford Law Faculty. The moot competition was a great success. Competitors were from law and non-law backgrounds.

The competition is organised in conjunction with Oxford Legal Assistance, the only pro bono organisation open to undergraduate law students at the University of Oxford. The moot problem concerned issues of immigration law set in a wider public law context – it proved to be highly engaging and provoked interesting debate in the moots.

The Hon Sir Nicholas Blake kindly judged the Grand Final this year and offered thoughtful feedback on the finalists’ respective performances. The competition was followed by a drinks reception, at which mooters were able to meet the judges.

We would like to thank all who participated and made the day a success, including Clara Ludot, Kanad Bagchi, Wing So, Sylvia Rich and Anna Kotova. We would also like to express our gratitude to Rowena Moffatt, the author of the moot problem, and the Hon Sir Nicholas Blake for judging the Grand Final.

We would also like to congratulate all the mooters, with special congratulations due to Thomas Foxton (St Peter’s) and Katie Ratcliffe (Merton), the winners of the competition, and also to the runners-up Chen Chen and Edward Armitage (both Magdalen). 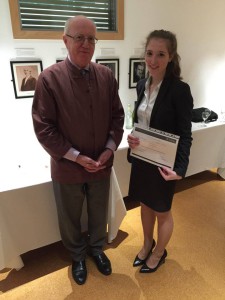 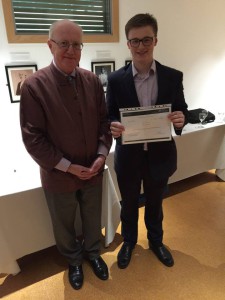 Winners of the Grand Final, Tom Foxton and Katie Ratcliffe, with the Hon Sir Nicholas Blake 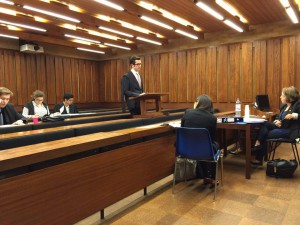 The Equal Rights Trust has published volume sixteen of its biannual Equal Rights Review, an interdisciplinary ...

A short reflection service to mark Holocaust Memorial Day will take place in Town Hall at 11am on Friday 27 ...

Research Associate Position: Four Year Project Investigating the Use of Algorithms in the Criminal Justice System

Professor Karen Yeung, based at the University of Birmingham’s Law School and School of Computer Science, is ...