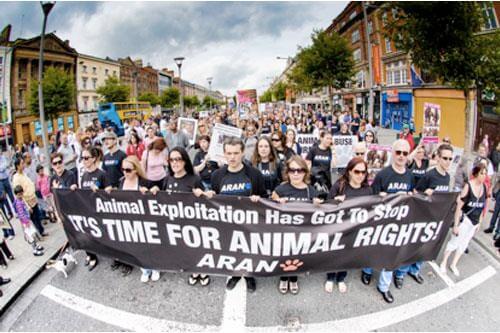 Will the ECtHR decide that the ban on political advertising on the broadcast media violates Article 10?

Animal Defenders International v UK: A Case of Fruitful Dialogue, or of Strasbourg Losing its Nerve?

On 22 April, the Grand Chamber of the European Court of Human Rights held in Animal Defenders International v UK, by a majority of  9:8, that the UK’s broadcasting ban on political advertising under the Communications Act 2003  did not violate the  free speech rights of an animal rights NGO that was refused permission to air an advert publicising the plight of primates in captivity.

The stated reason for the Communications Act ban is to protect democracy from distortion by preventing wealthy groups from buying airtime and flooding the airwaves with their own political messages. However the prohibition is extremely broad, encompassing not just political adverts in the narrow sense but also ‘social advocacy advertising’  which includes any advert concerning  matters of ‘public controversy’ in the UK.

ADI claimed a breach of Article 10 ECtHR (which protects the right to freedom of expression, but permits restrictions as long as they pursue a legitimate aim, are ‘prescribed by law’ and are proportionate). Having lost  before the domestic courts, ADI then applied to Strasbourg.  All parties in the case accepted that some restrictions were legitimate; the main question was whether the Communication Act’s broad prohibition was Article 10 compliant given that ADI itself poses no threat to democracy.  The Court held that it was:  where there had been ‘exacting and pertinent reviews’ by both Parliament and courts, as in this case, the state should be afforded a margin of appreciation. The Court put  ‘considerable weight’ on Parliament’s conclusion that more nuanced alternatives  (e.g. spending caps) could be subject to abuse and arbitrariness .

This is an interesting decision for several reasons. First, the judgment contradicts the Court’s previous case law.  In cases involving Switzerland and Norway, ‘essentially identical’ prohibitions were found to violate Article 10 precisely because the restrictions caught within their wide ambit groups who did not pose any threat. These precedents led the dissentient judges in the ADI case to accuse the majority of ‘double standards’: how could a general ban be necessary for UK’s democratic society but not for Switzerland?

Second, it is not entirely clear why extensive Parliamentary ruminations should have the effect of letting the UK ‘off the hook’.  From the applicant’s perspective, it should be the impact of the legislation that is determinative, rather than the quality and quantity of deliberations that led to it.

Finally, in this case an NGO with an important message was denied access to the same airwaves to which commercial organisations (finances permitting) have unlimited access. This must create a risk of unfairness.  To illustrate by example: given the current state of affairs, a car manufacturer may advertise its SUVs on TV, but an NGO wishing to publicise the impact of such vehicles on the environment is prohibited by law from doing so.

ADI might be portrayed as an example of successful dialogue between Strasbourg and the UK’s legislature and courts:  the former decided to revisit its earlier approach, taking on board the considered views of the latter. A less charitable view is that in the wake of  Hirst v UK and the prisoners voting saga, the Strasbourg Court was wary of being accused of again meddling in British democracy and simply lost its nerve, preferring to overturn its previous case law than risk another confrontation with the UK government and press.

Animal Defenders International: Will Strasbourg open the door to political advertisements on TV?

European Convention on Human Rights, Right to Freedom of Speech and Expression
By Jacob Rowbottom -  On Monday, the Grand Chamber of the European Court of Human Rights will give its long ...