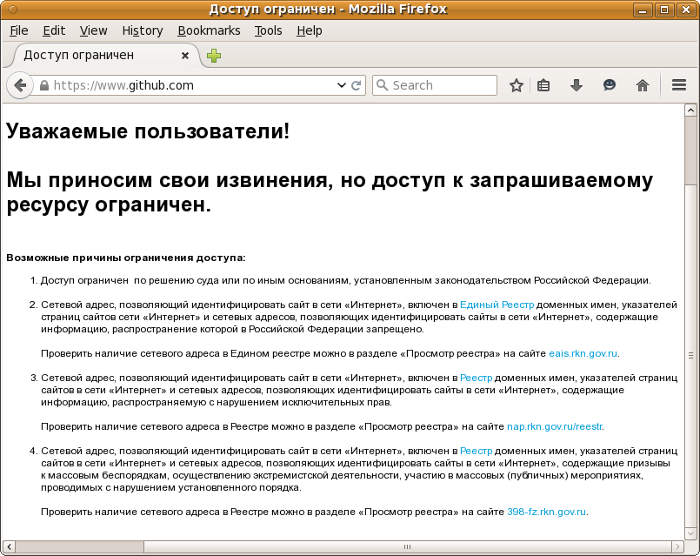 Screenshot by TechCrunch. Text most likely by Roscomnadzor. - https://techcrunch.com/2014/12/03/github-russia/ via Wikimedia Commons 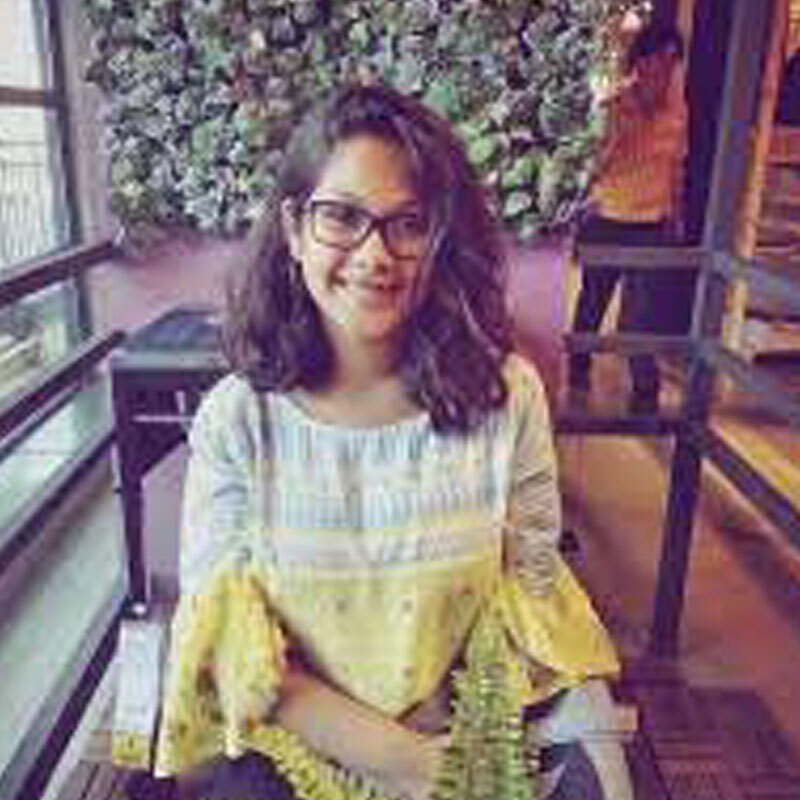 Prerna Sengupta is currently an undergraduate student at NALSAR University of Law, Hyderabad. She has a keen interest in Technology Law and Human Rights Studies.

In June 2020, the European Court of Human Rights delivered a series of four judgements against the arbitrary blocking of websites by the Roskomnadzor, which is the Russian federal body for Supervision of Communications, Information Technology, and Mass Media. The Strasbourg Court (ECHR) stated that this was a gross violation of the freedom of expression under Article 10 of the European Convention on Human Rights. In conjunction with Article 10, the Court also held that there was a violation of Article 13 of the Convention, i.e., right to an effective remedy as the Russian courts continually ruled in favour of the Roskomnadzor without considering the substance of the aggrieved parties’ arguments.

The judgements come in an era of internet censorship recurringly being used by various governments as a tool to curtail the freedom of expression of citizens. For example, in 2020 the Government of India issued 27 orders to block apps, websites, IP addresses and online domains including Sikh news websites in the wake of the Farmer protests. Another example is that of Belarus where nearly 50 news media websites were blocked because they were covering stories of protests against the authoritarian President Alexander Lukashenko. Similarly, the Iranian government has blocked nearly 35 percent of the world’s most visited websites.

Although the ECHR judgements are not binding on countries who are not party to the Convention, it does set a very comprehensive standard for the arbitrary blocking of websites by governments. Reiterating its previous judgements in the cases of Association Ekin v. France and Ahmet Yildirim v. Turkey, the ECHR held that a legal framework is necessary to guarantee control over the scope of bans while also ensuring Convention-compliant judicial review. This prevents the prior blocking of a website before a court of law has declared that the content is illegal.

In the absence of any procedural safeguards to prevent arbitrary blocking of websites in Russian law, the ECHR in OOO Flavus and Others v. Russia stated that an advance notification of the blocking measure should be provided to affected parties. This will allow the website owners to be involved in the blocking proceedings. In Bulgakov v. Russia, the Court held that an impact assessment of the blocking measure must be carried out to ensure that it strictly targets the illegal content and has no arbitrary or excessive effects, including those resulting from the method chosen to implement it.Website owners must be given the opportunity to regulate their conduct and remove the illegal content as they cannot predict what content is likely to be banned leading to their entire website being blocked as per the judgement in Engels v. Russia. Lastly, a blocking order must be sanctioned by a court or other independent adjudicatory body, as established in Vladimir Kharitonov v. Russia. This will provide a forum in which all the interested parties will be heard.

Furthermore, in the interest of transparency, the Court stated that domestic law concerning blocking of websites must be transparent. Information regarding the blocking request, including the relevant legal grounds, must be communicated to the website owners before such website is blocked. Additionally, internet users must be able to not only identify that a website has been blocked but also access any relevant information including the legal basis, the date and number of the blocking decision and the issuing body.

The four judgements set an important precedent in establishing a comprehensive framework to  avoid the arbitrary blocking of websites by biased and powerful governments. As the Court has pointed out, the wholesale blocking of websites is tantamount to banning a newspaper or a television channel and is a grossly excessive measure which is in complete violation of the freedom of expression. The internet, today, contains a phenomenal amount of information which not only enables the independent media to provide unbiased journalism but also allows the people to engage with the same. In that light, it is very crucial to ensure such freedom of expression is not jeopardized by excessive and unregulated government censorship. The ECHR judgements prove to be a milestone achievement in ensuring the same.

France, Abortion, Right to Freedom of Speech and Expression, Sexual and Reproductive Rights
France is set to introduce a controversial new law which criminalizes the online ‘obstruction’ of abortion. The ...