Belarus’ Forced Landing and Crimes against Humanity: The Background Noise of an International Scandal? 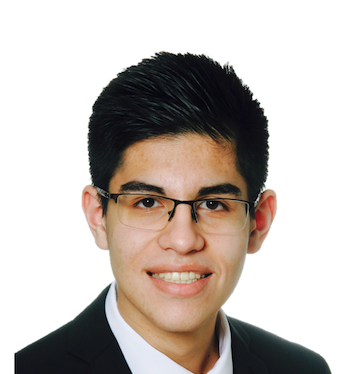 Richard Avinesh Wagenländer is a BA Jurisprudence candidate at Somerville College, Oxford. He has a particular interest in Human Rights law, Public International Law, and EU law. In addition, he is Vice Editor of the Oxford University Undergraduate Law Journal, and a scholar at the Friedrich Naumann Foundation for Freedom.

On Sunday, May 23, the international community was left in shock as Belarusian authorities forced a Ryanair flight travelling to Vilnius to land in Minsk on the false pretext of a bomb threat, and proceeded to arrest Roman Protasevich, a key dissident and opposition journalist, and his partner Sofia Sapega. The overwhelming response of States has been to condemn the incident as an “international scandal”, with the International Civil Aviation Organization (ICAO) announcing further investigation of potential breaches of the Chicago Convention.

As Jackson and Tzanakopoulos argue, the forced landing is likely in breach of Article 3 of the Chicago Convention, which prohibits the unreasonable endangerment of civil aircraft and the lives of persons on board. They further note a likely breach of the Montreal Convention should it be found that officials intentionally communicated information known to be false, thereby, again, endangering the safety of an aircraft in flight.

It is hard to imagine Jackson and Tzanakopoulos not to be correct due to the obvious hazard such conduct poses for international aviation, though this is not the only law Belarus is arguably in breach of. The second area incredibly pertinent to this case is that of international human rights law, which captures the wrongfulness of Belarus’ conduct and its affront to human dignity in a more meaningful way. For one, Belarus clearly breached Article 9 of the International Covenant on Civil and Political Rights (ICCPR) when it conducted an unlawful and arbitrary deprivation of liberty of Protasevich, his partner, and indeed temporarily of all passengers.

More worrying, however, are the further breaches of the ICCPR and also the Convention Against Torture (CAT) that Protasevich and his partner are likely to face during their arrest. They face a high risk of torture and degrading treatment, which have been reported as a widespread practice by UN Human Rights reporters in Belarusian President Lukashenko’s brutal crackdown on opposition and media criticism. Protasevich, in particular, also faces the risk of the death penalty as the warrant for his arrest issued last November was based on alleged involvement in terrorist activity for which the Criminal Code of Belarus permits capital punishment. If, as noted by Special Rapporteur Anaïs Marin in October 2020, there is virtually no hope for a fair trial and judicial independence, Protasevich will not be able to avoid such a penalty if this is what Lukashenko seeks. Whilst the CAT and ICCPR do not prohibit the death penalty per se, it is highly unlikely that Belarus will meet the stringent conditions international law imposes on the use of such a punishment in what would amount to a sham trial.

Whilst complaints to the ICAO and the UN Human Rights Committee (which monitors the ICCPR) are routes to keep this case in the limelight of the international community, Protasevich’s case is but another example of the systemic and widespread human rights violations already taking place in Belarus. This is why Baroness Helena Kennedy QC’s question in the House of Lords about whether the UK government is considering a referral to the International Criminal Court is valid. The current case, when viewed as part of the systemic brutal crackdown on opposition and dissent currently taking place in Belarus, forms but further evidence of widespread crimes against humanity in Belarus that fall within the Court’s jurisdiction under Article 7 of the Rome Statute. As noted by Amnesty International, tens of thousands of peaceful protesters have been detained, many of them tortured, beaten or prosecuted, meeting the Court’s requirement of a widespread practice of human rights abuses necessary to fall within Article 7.

Calling this systematic occurrence of persecution and use of force against a group on political grounds what it is—a crime against humanity—and proposing an ICC referral would be a welcome step, even if a UK proposal for referral ultimately fails due to Russia’s veto in the UN Security Council. It would reaffirm the UK’s commitment to a rules-based international order and resist the temptation to view the Belarusian situation as background noise to Protasevich’s arrest, only to be soon forgotten. A proposal for referral would address the true nature of the situation the Protasevich case illuminates, rather than view the forced landing as an isolated matter of international aviation law being breached.

Unprecedented onslaught on activists and human rights defenders in Belarus