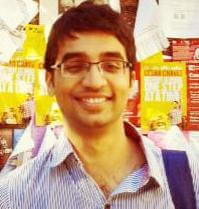 Three narratives provide the human face to the text of Obergefell v. Hodges, the landmark US Supreme Court decision recognizing the right of same-sex couples to participate in the institution of marriage.

The Court recounts James Obergefell’s struggle to be listed as the surviving spouse on his partner’s death certificate, the uncertainty that an unmarried status created in the lives of April DeBoer and Jayne Rowse with respect to their children, and the burden endured by Ijpe DeKoe and Thomas Kostura who lost their marital status every time they returned to their home state of Tennessee.

The Court notes these stories to highlight the urgency of the matter, one which can only be done by putting a human face to the issue. This display of empathy stands in stark contrast to a different kind of ‘landmark’ – the much denigrated Suresh Kumar Koushal judgment of December 2013 that effectively recriminalized intimate lives of LGBT persons in India. There is much that the Koushal judges – and the judiciary as whole – could learn from reading the Obergefell decision.

The first ideal is simply the manner in which narratives were used by the Court. The Indian Supreme Court was also presented with dozens of first-hand accounts from LGBT individuals, from their parents, from mental health professionals. Some of these, such as the brutal rape and torture of a hijra in a police station, or the burden that criminality casts on a family, were even read out to the Court. The stories were silenced in the ultimate judgment, with the Court effectively asking for more instances of actual prosecution of LGBT individuals. This appeal to empiricism cloaked an inability to empathize with the manner in which persecution has operated for decades. It is what allowed the court to conclude that since the LGBT community constituted “a miniscule fraction of the country’s population”, perceived harms to them could not be a sound basis for striking down Section 377 of the Indian Penal Code.

A second lesson pertains to the role of the Court itself. In its invitation to the Legislature to step in where it had refused to do so, the Koushal Court engaged in an act of judicial abdication: “Notwithstanding this verdict, the competent legislature shall be free to consider the desirability and propriety of deleting Section 377 IPC”.  Contrast this with the US Supreme Court’s approach, which is cognizant of the fact that a parallel democratic process exists to enact change, “so long as that process does not abridge fundamental rights”. Individuals shouldn’t have to await legislative action before asserting a fundamental right – it is very much the role of the Court to step in to provide constitutional protection even when the broader public disagrees. This counter-majoritarian role of the Courts goes to the heart of judicial review and it is heartening to get such an express recognition of the same in Obergefell.

The third lesson is that of a creative expansion of judicial doctrine. In Obergefell, the Court needs to locate the right to marry in a Constitutional text that offers famously little guidance on the matter. It first establishes marriage as a fundamental right under the Constitution, then demonstratively notes how the reasons that it is fundamental apply with equal force to same-sex couples. The Koushal Court had a chance to reconfirm a similarly significant kind of rights expansion: in this case, the Delhi High Court’s invocation that sex discrimination under Article 15 of the Indian Constitution includes discrimination on the grounds of sexual orientation. Instead, it remained deafeningly silent on the matter.

Ultimately, Obergefell will rightly be looked at as a landmark decision. It’s the case that definitely ends a heated debate in one of the largest democracies in the world. If you are befuddled by how this ‘sacrosanct union’ can possibly expand to include same-sex couples within its fold, this is a great pedagogic tool. If you remain unconvinced by the institution of marriage, as I do, you can still find within its text a remarkable judicial empathy to a minority that, just 12 years was a criminal class in many states in the country. That, ultimately, is the greatest beacon of hope for a country where a judgment like Suresh Kumar Koushal remains applicable law.

India, Sexual Orientation
This blog is the third in a series that takes a snapshot of where LGBT+ rights are in 2018, as a result of some ...

Reviewing Koushal: Counting Down the Errors Apparent on the Face of the Record

India, Right to Equality and Non-Discrimination, Sexual Orientation
The seven review petitions filed in the case of Koushal v Naz Foundation (“Koushal”) are an exercise in drawing up ...