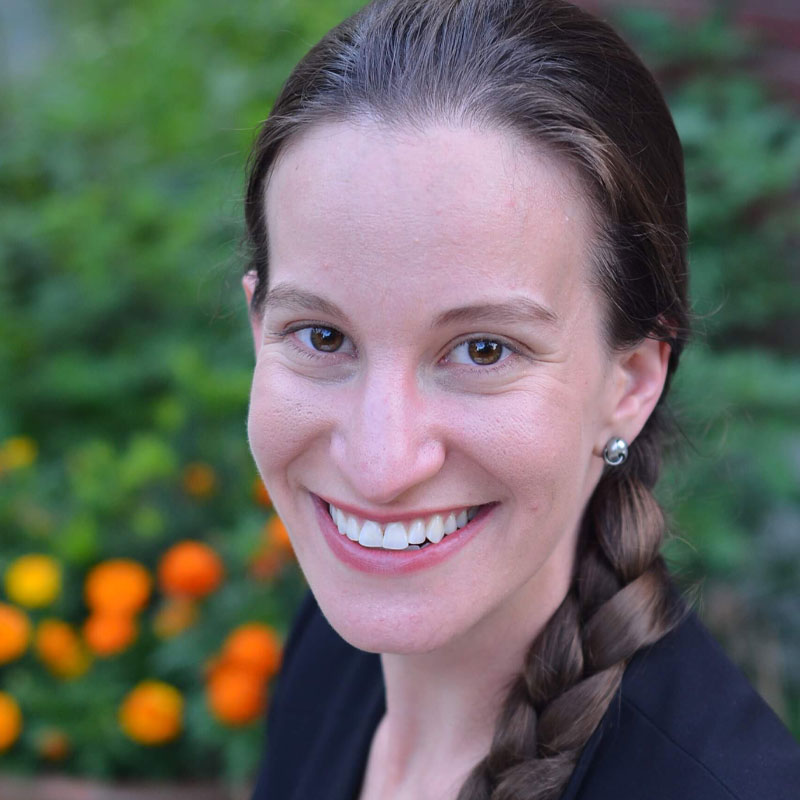 Jaci Gonzales Martin, as a former attorney with the law firm, Gerhardstein & Branch, was one of several attorneys who represented Ohio couples in this landmark case including Jim Obergefell and his late husband, John Arthur. Ms. Martin is a 2010 graduate of West Virginia University College of Law, where she served as the President of the Public Interest Advocates and the Women’s Law Caucus. Ms. Martin is formerly an attorney for Mountain State Justice and is currently an Assistant Solicitor for the City of Cincinnati, Ohio.

One year ago today, on June 26, 2015, the US Supreme Court decided Obergefell v. Hodges, in which the Court held that the US Constitution’s Fourteenth Amendment requires States to license marriages between same-sex couples and to recognise same-sex marriages lawfully licensed in other States. The Court held that there is a fundamental right to marriage that cannot be denied under the due process clause and that same-sex couples cannot be treated differently with respect to marriage laws as compared to different-sex couples under the equal protection clause of the Fourteenth Amendment.  Although the Court did not go so far as to state that lesbian and gay people are a protected class for all legal purposes, the Obergefell decision acknowledges that this grouphas long been unjustly denied legal dignity and respect.

While the majority of Americans favour same-sex marriage, a significant minority remain opposed to redefining civil marriage in a manner which conflicts with their religious beliefs.  This phase of the culture wars has given rise to a post-Obergefell backlash against LGBT people, culminating most recently in a deadly attack on LGBT people at an Orlando, Florida nightclub.

First came Kim Davis, the Kentucky clerk who refused to issue marriage licenses to same-sex couples after the Obergefell ruling. She was jailed until she surrendered and agreed to follow the Supreme Court’s ruling by issuing the licenses. I recognise the clerk’s basic human desire to resist change. Resistance to change was at the heart of the defendant states’ legal arguments in Obergefell. Two of Ohio’s main arguments against marriage equality were federalism (the states have always regulated marriage and the federal judiciary should not interfere with the states’ rights to continue doing so), and tradition (marriage has always been between a man and a woman so we should not change).

A year later, LGBT-equality opponents have surely noticed that the sky has not fallen. States still regulate marriage (they just cannot discriminate in that regulation on the basis of sexual orientation), different-sex marriages are not harmed, and different-sex couples have not lost the desire to marry or have children because of Obergefell.

Next came the state religious freedom restoration acts. These laws permit individuals to discriminate against gay or transgender people so long as the discriminator holds a sincerely held religious belief opposed to LGBT people. While bills like this were partially or completely defeated in Indiana and West Virginia, they found traction in southern states like Mississippi and Texas.

Perhaps sensing the ensuing backlash, the Court commented on the role that religion continues to play in a post-Obergefell world, explaining that religions “may continue to advocate” that “by divine precepts, same-sex marriage should not be condoned.”  The Court further observed that the First Amendment ensures religious people who oppose same-sex marriage and those who value same-sex marriage, “whether as a matter of religious conviction or secular belief,” may engage one another in “an open and searching debate.”  But while public debate on our most cherished values is necessary and protected, surely religious conservatives who seek to limit minorities’ due process and equal protection rights cross the line from constitutionally permissible to impermissible action. That question, however, remains open as the constitutionality of state religious freedom restoration acts has yet to be tested.

Then came House Bill 2, a North Carolina law that encompasses all the legislative bigotry that has been hurled against LGBT people, e.g., removing local discrimination bans (strikingly similar to the unconstitutional law successfully defeated 20-years ago in Romer v. Evans) and encouraging the denial of public accommodations to LGBT people. To top things off, it specifically discriminates against and vilifies transgender people by proscribing where they use the bathroom. People using religion as their basis for discrimination against LGBT people with respect to marriage have lost both in the Supreme Court and in the court of public opinion, and have now moved on to targeting an even smaller minority group, our transgender community. They will lose this fight, too, because as Obergefell’s first sentence recognises, “[t]he Constitution promises liberty to all within its reach, a liberty that includes certain specific rights that allow persons, within a lawful realm, to define and express their identity.”

It is easy to feel hopeless due to the post-Obergefell backlash, especially after 49 innocent lives were taken in Orlando, but Obergefell is a beautifully written reminder that the struggle for LGBT rights is worthwhile. The Obergefell plaintiffs changed history by telling their stories, like Jim Obergefell and John Arthur’s love story, and the stories of mothers and fathers who struggled for the freedom to be recognised as legal parents to their children, which would have not been an issue if they were in different-sex marriages.  Such stories “reveal that they seek not to denigrate marriage but rather to live their lives, or honor their spouses’ memory, joined by its bond.”My anniversary wish is for the LGBT community to continue to push for social change and for the transgender community, in particular, and allies to be encouraged and emboldened by the Obergefell win and for all to continue to tell their stories. It is only through recognising our common humanity that we can progress.

United States of America, Race, Right to Equality and Non-Discrimination, Right to Vote, Standard of Review
On the second day of what many consider one of the most eventful weeks in US Supreme Court history, the Court ...