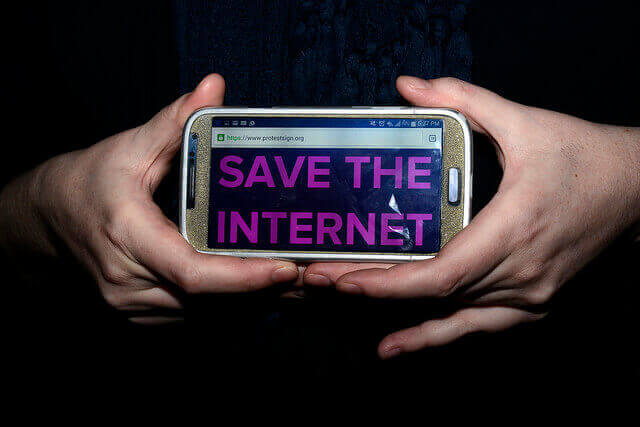 While vagueness has been mentioned by the Supreme Court in previous cases, this is perhaps the first time that a speech-restricting statute has been invalidated on the ground of vagueness.

Gautam Bhatia is a lawyer and a post-doctoral fellow at SCRIPTS-Berlin.

In a landmark judgment on Tuesday, the Indian Supreme Court (PDF of the decision here) struck down Section 66A of the Information Technology Act, which criminalised, inter alia, “grossly offensive”, “menacing”, “annoying” and “inconvenient” speech over the internet. In addition, it upheld Section 69A of the same Act, which authorised the blocking of websites, and the rules framed thereunder. And lastly, it read down Section 79, which had created a very wide framework of intermediary liability.

The Supreme Court struck down Section 66A for four reasons.

Firstly, it held that under Article 19(2) of the Indian Constitution, which authorises the parliament to make laws imposing “reasonable restrictions” upon the freedom of speech, in the interests of, inter alia, public order, decency or morality, and defamation, there must be a relationship of proximity between the speech complained of, and the prohibited 19(2) category. In the context of public order, this drove the court to draw a crucial distinction between “advocacy” and “incitement”. Advocacy of ideas, however unpopular and undesirable, the Court held, could not be criminalised. It was only when it reached the level of incitement that the law could step in and regulate, restrict or punish it. By drawing this distinction, the Court made it clear that mere ideas, or ideologies, could not be punished or proscribed simply for their communicative content. The limited situation in which interference with the freedom of speech could be justified was – to quote a previous case – restricted to a “spark in a powder keg.” Since the terms of 66A – “grossly offensive” and others – bore no such proximate relationship with public order, or with any of the other 19(2) categories, the provision was unconstitutional.

Secondly, the Court held that terms such as “grossly offensive”, “annoying and inconvenient” etc. were impermissible vague. Citing extensive American and Indian precedent, it held that vague laws were flawed in two fundamental respects: by not allowing citizens to plan their lives with any degree of certainty, they offended the rule of law; and by creating a very wide catchment area, they provided an impermissible degree of discretion to the police and the enforcing authorities. While vagueness has been mentioned by the Supreme Court in previous cases, this is perhaps the first time that a speech-restricting statute has been invalidated on the ground of vagueness.

Thirdly, it was held that the provision’s terms were over-broad. Over-breadth refers to a situation where a law is so widely worded, that is proscribes both speech that it is constitutionally entitled to limit, and speech that it is not. While examining the terms of S. 66A, the Court observed that because of their wide ambit, it was easy enough to contemplate how they covered situations that did not fall within the narrow boundaries of Article 19(2).

Fourthly, the Court noted that both vagueness and overbreadth were specially problematic when it came to speech restricting statutes, because they could result in a ‘chilling effect’. In free speech jurisprudence, the chilling effect refers to a situation where – because of overbreadth, vagueness, uncertainty or whatever other reasons – citizens unaware of the fuzzy dividing line between the legal and the illegal, end up self-censoring themselves even when it comes to legal speech. As the Court noted, the terms of S. 66A were framed in a way that the chilling effect was almost “total.”

The Court did reject, however, an argument claiming complete equivalence between the internet and other forms of communication, and asking for the striking down of S. 66A on that ground. In doing so, the Court noted that while the internet was a unique medium inasmuch as offences that did not exist earlier do now (such as phishing, spam and so on), that did not mean that the content of the free speech right changed, or the ground for adjudicating infringement must be made more flexible.

In concluding, it must also be acknowledged that the Court upheld the Blocking Rules, effectively maintaining the Executive’s power to block websites. Importantly, however, the Court also stated that the blocking order must be a reasoned and written order, which is provided not just to the intermediary, but also to the originator, so that it may be challenged before the High Court. And lastly, the Court clarified that intermediaries would not lose their immunity under Section 79(3) unless a take-down order came from the government or a court. This is significant because under the old regime, the intermediary had to assess the legal merits of private claims as well, which most intermediaries would have neither the resources nor the inclination to do. By releasing the intermediaries from that burden, the Court has ensured that much more free speech will be guaranteed than in the past.

India, Right to Freedom of Speech and Expression, Right to Privacy
The Indian Government’s Information Technology Ministry had recently invited comments on proposed amendments to ...