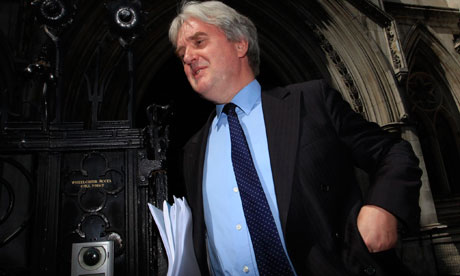 Hugh Tomlinson QC: "Unless there is an effective regulator along the lines that Lord Justice Leveson recommended, the hacking, blagging and bribing will be back."

Right to Freedom of Speech and Expression United Kingdom

Hacking, blagging and bribing? The press after Leveson

Hacking, blagging and bribing were, for many years, standard journalistic techniques in parts of the British press.  Their exposure led to continuing police investigations, over 100 arrests, several criminal prosecutions and the Leveson inquiry.  These criminal techniques were accompanied by intrusion, bullying, inaccuracy and a range of other abuses by the press.

In November 2012 Lord Justice Leveson condemned many years of press misconduct and recommended that in future the press should be regulated by a new independent voluntary body accompanied by statutory underpinning. In the three months since he reported the press have paid lip service to his recommendations whilst mobilising all their forces to undermine them.

Can we be confident that, after Leveson, the hacking, blagging, bribing and other abuses will stop? Do his proposals represent the right approach in principle and will they work in practice?

Freedom of the press and Independent Regulation

The press claims that its privileges derive from the fundamental right to free speech which, in a democracy, should not be interfered with by politicians. The press is, indeed, vital to the operation of democracy but press freedom is not the same as freedom of expression. The rights of media corporations are not the same as those of individuals. The press only has freedom and privileges because these serve the needs of citizens to have informed public debate and public scrutiny of powerful institutions. And it should not be forgotten that the press is, itself, a powerful and opaque institution which also needs to be held to account.  The freedom of the press should be a freedom to engage in “public interest journalism” in accordance with proper standards. The pure commercial interests of newspapers and magazines deserve no more (or less) protection than those of any other business.

Even when the press is exercising freedom of expression in the service of democracy this is not an absolute right. It is no more important or fundamental than a number of other rights which are engaged by press actions. In particular, the press often does things which impact adversely on the private lives of individuals.  Sometimes this is necessary as part of the public interest functions of the press.  Often it is not. Media regulation must accommodate these other rights which must be balanced with freedom of the press in individual cases.  A regulator must provide a framework in which this is done.

The contribution of the press to democracy is fundamental and requires careful protection.  In particular, in order to hold power to account and serve the needs of citizens the press must be free of political interference. Politicians should have no role in deciding where the boundaries of public interest journalism lie and whether standards have been adhered to.  This must be done by a wholly independent body.

The Leveson recommendations meet this basic test of independence from political influence.  The Report concedes to the press the great privilege of self-regulation. Under its recommendations the press themselves are to establish the regulator. But, crucially, this regulator must meet certain “minimum process standards”.  These are standards of independence and effectiveness.  The Board of the regulator would be independent appointed with a majority independent of the press.   The regulator would include a Code Committee tasked with making recommendations on the content of the Code of standards but the ultimate responsibility for the content of the code would reside with the Board.  Government and politicians would have no role of any kind in regulation.  The “statutory underpinning” is limited to the establishment of a “recognition body” – which decides whether or not the body set up by the press complies with the minimum standards.  Membership of the self-regulatory body would be voluntary but the statute would provide “incentives” to the press to join.  There would be special rules as to costs and exemplary damages.  The self-regulator would have three “arms”: complaints, arbitration and, for the first time, “standards enforcement”.  There would be a power to direct the publication of corrections and apologies where code breaches are established.

Will this work in practice?  If the tough and independent voluntary regulator is set up in accordance with the Leveson recommendations then, in my view, it has a good chance of success. The report contains detailed recommendations to the self-regulator which, if implemented, would produce a culture change in the British Press.  For the first time, standards would be properly considered and enforced.

The question remains: will the Leveson recommendations ever be properly implemented?  The proposed new system depends on press cooperation.  The press must establish an effective independent self-regulator – for the first time they will have to surrender power to an independent body.  And unfortunately the recommendations do not contain any “backstop” – there is no fall-back position if the press do not cooperate.

The long history of failed self-regulation demonstrates that the press will not establish an effective regulator unless they think that the alternative is worse.  They must believe that unless they act regulation will be taken out of their hands.  This means that, in order to promote press cooperation in the new system, politicians have to present a united front.

As a first step, Leveson required politicians to set up an independent statutory recognition body, with incentives. This was their first test – the first sign they could send to the press that cooperation was the least bad alternative.  This is a test that the politicians seem to have failed.   The Prime Minister’s refusal on the day of publication of the Report to cross his newly discovered fantasy “Rubicon” of “writing elements of press regulation into law of the land” has led to a stalemate.  It has provided the press with an opportunity to nibble away at key Leveson “minimum standards” recommendations – to promote its apparent aim of producing a neutered and ineffective regulator.

The establishment of a recognition body is, at this moment, a matter of live and sharp political debate. Nobody believes that the proposed “Royal Charter” body is anything other than a sop to the press.  It has nothing whatever to recommend it save that it might save the Prime Minister’s face.  Its continued half-life is simply a public symbol of press power over politicians.

There is now trench warfare between, on the one hand, the press plus the Conservative part of the Government and, on the other, a majority of MPs and Peers supported by (according to consistent polling data) a majority of the general public.  A press victory would demonstrate – once again – that despite all the talk of new media and the internet, the national press still wields decisive political power.  It would also demonstrate why press regulation is urgently needed.  If the press can get its way despite having lost the arguments and the public then there will be nothing to prevent it from slipping back into the old ways.  Unless there is an effective regulator along the lines that Lord Justice Leveson recommended, the hacking, blagging and bribing will be back.

Hugh Tomlinson QC is a barrister at Matrix Chambers specialising in media and information law.

This is an edited extract of a talk to be given at the Wadham Human Rights Forum at 5.30pm on 25 February 2013.