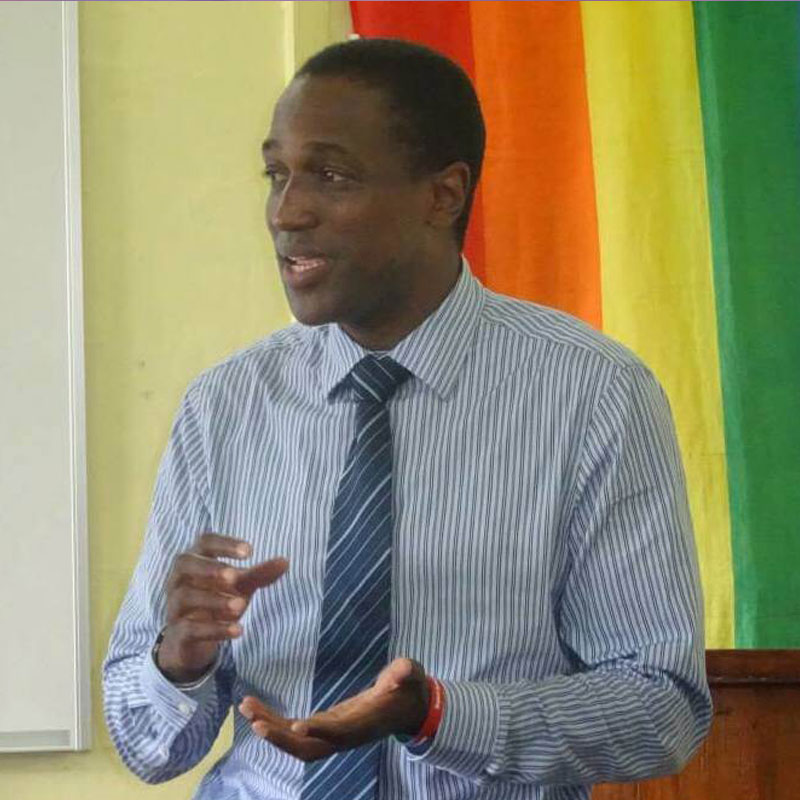 In the western hemisphere, the Anglophone Caribbean maintains some of the most regressive anti-gay laws in the world.  The Republic of Trinidad and Tobago as well as Belize both have laws that prohibit homosexuals from even visiting.  Same-gender intimacy, regardless of consent or physical location, is criminalized with sentences ranging from life imprisonment to 10 years at hard labour.  There are also laws against cross-dressing and constitutional bans on legal recognition of same-sex relationships.

These punitive laws exist in a context where the Caribbean has the second highest HIV prevalence rate after sub-Saharan Africa.   UNAIDS and even local Ministries of Health in the Caribbean region have identified that anti-gay laws drive the pandemic by creating toxic homophobic environments which restrict LGBT from engaging in heath-seeking behaviour.  Jamaican men who have sex with men (MSM) now have the world’s highest HIV prevalence rate among this vulnerable population (32.9%).  Unpublished research by Professor Peter Figueroa, head of Public Health at the University of the West Indies, Mona indicates that nearly 60%  of these men also form relationships with women and many do so as a cover for their homosexuality.  This provides an opportunity for HIV to bridge between the heterosexual and homosexual populations.

AIDS-Free World has been working in the Caribbean to eliminate laws and policies that inhibit a more effective HIV response. In 2011 we filed a petition at the Inter-American Commission on Human Rights to challenge the Jamaican anti-sodomy law (A.B., S.H. v Jamaica P-1249-11).  We have also initiated several domestic court challenges to laws that adversely affect LGBT persons. We launched the first-ever constitutional claim for LGBT rights under the 2011 Jamaican Charter of Fundamental Rights and Freedoms (Tomlinson v TVJ, CVM and Another 2012 HCV 05676).  This case was heard from May 27-30, 2013 and a decision is expected in September.

The facts of the constitutional claim are relatively simple: AIDS-Free World produced an ad in which I appeared that called for respect of the rights of gay Jamaicans.  The island’s two (2) private TV stations who operate under government license refused to air the paid ad citing, among other things, their right to freedom of expression in the form of editorial discretion. The national broadcaster, Public Broadcasting Corporation of Jamaica, made a similar argument.

Sections 13 (2) (c) and (d) of Jamaica’s new Charter guarantees the right to freedom of expression as well as a novel right to seek receive and disseminate information through any media.  The Charter also contains a provision that requires private citizens to guarantee the rights and freedoms of others.  For the purpose of the Charter, TV stations are private citizens.

This case will be the first opportunity for Jamaica’s Constitutional Court to define the test for how the competing rights of citizens should be balanced.  It is therefore a landmark case for several reasons.

AIDS-Free World has also launched a domestic challenge to Jamaica’s anti-sodomy law (Javed Jaghai v Attorney General of Jamaica 2013 HCV 00650), as well as an action before the Caribbean Court of Justice to have the anti-homosexual sections in the Immigration Acts of Trinidad and Tobago and Belize struck down (Maurice Tomlinson v Belize AND Maurice Tomlinson v the State of Trinidad and Tobago CCJ Application Nos. OA1 & OA2 of 2013).  We also supported the first-ever domestic challenge to the Belizean anti-sodomy law.  A case against the Guyanese cross-dressing law was also heard in early June.

All these legal initiatives have as a significant goal a paradigm shift in the way LGBT human rights are recognized in the Anglophone Caribbean.  This includes the right to health.  These cases were made necessary because of steadfast refusal by Caribbean governments to buck public opinion and provide for the rights of LGBT persons, even when this refusal was clearly having dire public health implications.

Maurice Tomlinson is an attorney-at-law and has been involved in LGBTI and HIV and AIDS activism in Jamaica and the Caribbean for over 14 years.  He is Legal Advisor, Marginalized Groups for AIDS Free World, co-founded by Stephen Lewis and Paula Donovan.