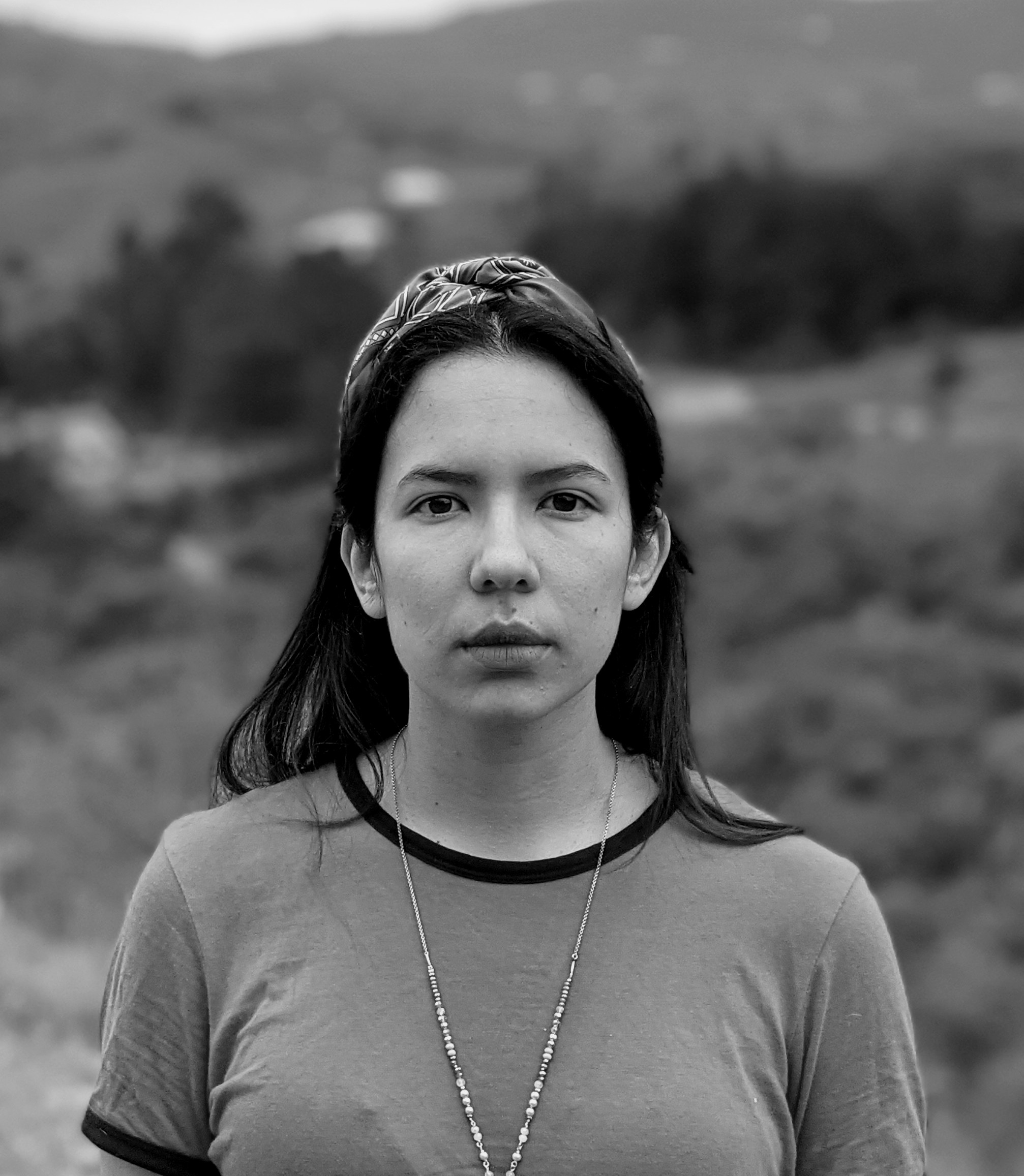 Angélica Cocomá Ricaurte is reading for a DPhil in Law at University of Oxford. Her research focuses on the implication of unconsented medical procedures during hospital births in women's autonomy. Before coming to Oxford, she worked at Women's Link Worldwide, representing victims of human rights violations in national and international courts. She was part of the team that drafted the latest lawsuit to decriminalize abortion in Colombia. Her main areas of research are international human rights law, medical law and ethics, and feminist jurisprudence.

Image description: Participants at a demonstration of the ‘Causa Justa’ movement in front of the Colombian Constitutional Court. Photo credit: Angélica Cocomá Ricaurte.

The latest abortion decision in Colombia is an example for other courts regarding how to implement intersectionality in reproductive rights litigation. I am writing this entry both as a researcher and a previous member of “Causa Justa”, the movement to decriminalise abortion in Colombia. As an activist, I feel optimistic about the impact of the decision on migrant women with non-regular status in Colombia. As a future scholar, Colombia’s decision is an example for academics to learn more about how to bring intersectional feminist theory to abortion debates.

Eva* and Ruth* are girls from Venezuela who had unwanted pregnancies due to rape. Eva was raped in Venezuela, and Ruth while crossing the border to Colombia on foot. They both tried to access an abortion in Norte de Santander, a border region of Colombia with Venezuela. In both cases, they faced mistreatment and abuse in the hospitals. Medical practitioners called them “murderers”, and in Eva’s case, the hospital refused to practice the procedure. As many other migrant women do, they faced the stigma of the crime of abortion, which hindered their opportunity to access this health service.

One of the novel arguments in the recent abortion lawsuit in Colombia was that maintaining abortion in the Criminal Code had excessive harmful consequences for migrant women in a non-regular condition. The lawsuit presented evidence showing that migrant women from Venezuela are at high risk of experiencing sexual violence throughout their migrant journey. It also showed that women and girls do not have access to contraceptives in Venezuela, leading to many unwanted pregnancies. On top of that, due to precarious socio-economic conditions and lack of access to maternal health services, many faced high-risk pregnancies. To worsen this situation, the border regions in Colombia where migrant women arrived have weak availability of reproductive health services.

The Constitutional Court accepted this argument and acknowledged that migrant women “are exposed to intersectional factors of discrimination which make them even more vulnerable” when they cannot access an abortion. The lawsuit successfully proved that the crime of abortion had a disproportionate effect on vulnerable women. It showed that migrant women faced intersecting forms of discrimination derived from their migration status, nationality, low socio-economic status, and geographical disparities within Colombia, which restricted access to quality healthcare and placed them at risk of sexual violence. The Court concluded “the categorical (criminal) prohibition of consented abortion (…) affects particularly seriously and evident this population”. Scholars interested in feminist intersectional theory will have to await for the full decision to be published to study further the Court’s reasoning behind this argument.

From an academic perspective, this is an example of how, as reproductive justice advocates remind us, reproductive rights should use intersectional discrimination analysis as one of the critical elements to achieve reproductive freedom. Intersectionality is a valuable strategy to look further into who we are referring to when we talk about “women’s rights”. Is it migrant women, indigenous women, rural women? In the recent abortion decision in Colombia, we can see how intersectionality as a critical approach to power asks us to inquire about how intertwined axes of oppression define women’s lives.

Legal claims rooted in the situated experiences of migrant women will hopefully bring about a discussion into looking further at the interaction between gender and migration across borders. Migrant women face multiple and differentiated barriers trying to access reproductive health services in many countries in Latin America, Europe, and North America. Their experiences must be at the forefront of reproductive rights debates. I am very grateful to Women’s Link Worldwide for allowing me to support this claim as one of the co-authors of the latest lawsuit to decriminalise abortion in Colombia.

The Use of Restraints against Prisoners Receiving Medical Treatment: The PPO Report into the Death of Peter Sutcliffe

European Convention on Human Rights, United Kingdom, Criminal Justice and Fair Trial, Right against Torture
Image description: several handcuffs hanging from a rod in prison. The report by the Prisons and Probation ...