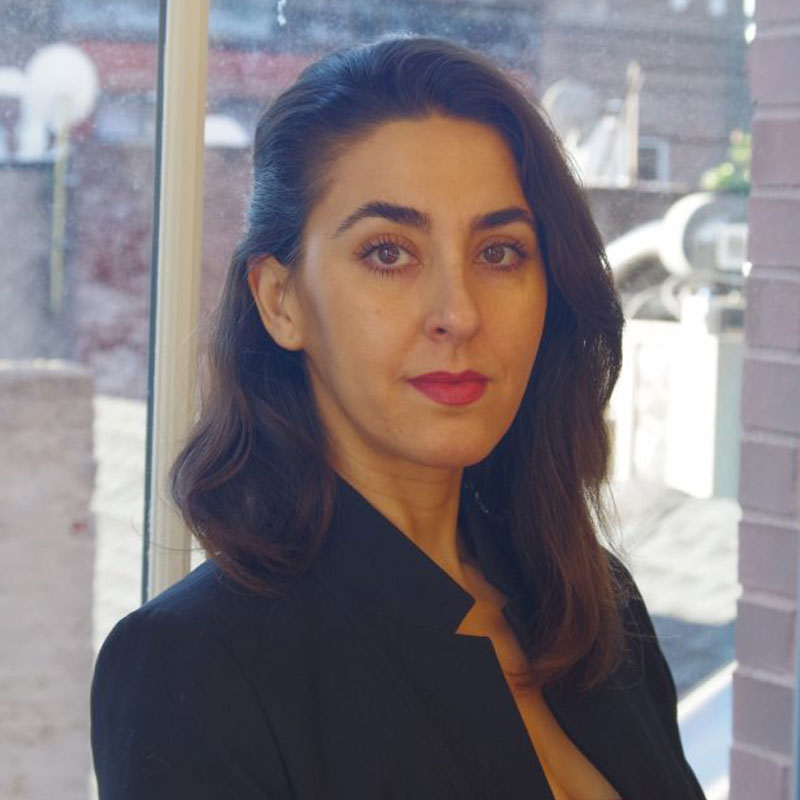 Dr. Delaram Farzaneh is the Scholar in Residence at the Center for Human Rights and Global Justice at the NYU School of Law. She has recently published Judgeships in Iran: Step Down, You are a Woman - A Legal Analysis of International Human Rights.

The controversy over whether a woman can be President in Iran rises every four years during the presidential election. Every women who has registered has been found “unqualified” by the Guardian Council (GC). The May 2017 election was no exception: 137 women registered and were found unqualified. Six Muslim men met the qualifications to campaign.

The uncertainty over whether women can run is rooted in the equivocal language of Article 115 of the Constitution: “The President must be elected from among religious and political rijāl possessing the following qualifications: Iranian origin; Iranian nationality; administrative capacity and resourcefulness….” [Emphasis added]

Article 115 sets specific qualifications for the President, one of which is to be a “religious and political rijāl.” The word “rijāl” is the centerpiece of the controversy. The term is Arabic despite the official language of Iran being Farsi. The prevailing meaning of Rijāl is “men,” according to a prominent Persian dictionary. A secondary meaning is “statesman” or “distinguished personality.”

Women’s failure to move beyond mere “registered applicants” in every single presidential election has led to serious concerns raised by prominent women who advocate for women’s rights, and international human rights bodies concerned with discrimination against women in Iran. As part of Iran’s duplicitous gender policies, it consistently denies the existence of gender-based discrimination within its legal system, including the presidency. The Government’s vague and contradictory responses as to whether or not rijāl means just “men” has only added confusion. For example, in 2004 the spokesperson of the GC explicitly said “women could not come within the definition of rijāl.” In 2011, the Government claimed instead “the GC has not made any interpretation of Article 115.” In 2013, “lack of executive and political experiences” was cited for finding that all thirty women were unqualified, rather than “their gender.” In contrast, the women who were found unqualified were certain that rijāl “definitely means men.” [Farsi]

It is the constitutional obligation of the GC (Article 98) to interpret constitutional provisions and to end controversies; especially when demands for interpretation of Article 115 have been raised explicitly and over years inside Iran. Further, in an unprecedented announcement prior to the 2017 election, the Supreme Leader tasked the GC to “define and announce the necessary criteria for determining the religious and political rijāl.” Three days after the election, the GC spokesperson called it a “missed opportunity” to clarify the continuous ambiguity regarding rijāl. The GC’s failure to interpret or amend rijāl over the years constitutes a failure in fulfilling its constitutional obligation.

The employment of an Arabic word whose prevailing meaning is “men,” in a country where the official language is Farsi, as a key constitutional qualification for the second highest office is telling. It is consistent with the Government’s almost 40-year practice of preventing women from holding key decision-making positions. The GC’s failure to define rijāl has left it to be defined in practice. Whether the definition of rijāl will be clarified in future text is unknown, but for the past two decades, in practice, it has meant only men.

Rather than using explicit and clear language to ban women, exclusion is accomplished by omission and covert action. By allowing women to register, the Government calls it a misperception that women are banned from the senior government positions. But as women proceed to the secondary evaluation stage, the GC always finds them unqualified and keeps them out of the race, avoiding significant backlash. This is where, for example, in response to UN human rights mechanisms, the government deceptively claims that women are allowed to participate in the race, and are not discriminated against on the ground of their gender.

While defining rijāl to mean “distinguished personalities” might be a modest advance, in a country where women are directly banned from other key decision-making positions and severely underrepresented in senior government posts, the likelihood of a woman being considered for the Presidency is remote. After all, a change in language does not guarantee a change in practice and fundamental beliefs. Since 1979, no woman has ever been found qualified to serve in the GC or Expediency Council. Only one woman has served as a minister. In 2016, Iran ranked 139 out of 144 countries in the Global Gender Gap. Women are not only systematically discriminated against, but the legitimate activities of women’s rights defenders who promote gender equality are criminalized by the judiciary. Women are explicitly prohibited from judgeships. It is no surprise that the Constitution uses an Arabic word whose prevailing meaning is men. (A/HRC/34/40)