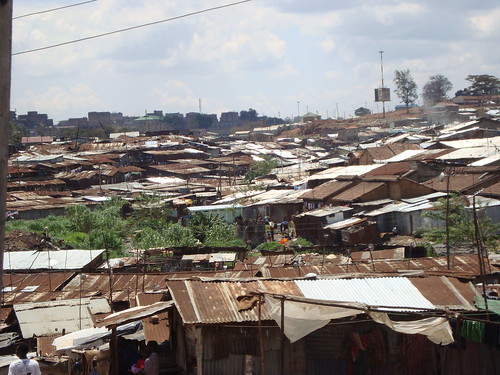 By Sustainable Sanitation Alliance via Flickr, used under a creative commons license CC BY 2.0.

Right to Housing Role of the Judiciary Socio-Economic Rights Kenya

The Kenyan Supreme Court has overturned a Court of Appeal decision which found that the forceful eviction of the inhabitants of Mitumba village was not in violation of their fundamental rights and freedoms. The appellate decision, which I criticized here, not only shut the door on the use of structural interdicts in Kenya, but also declared that the U.N Guidelines on Evictions and General Comment No.7, which were relied upon by the High Court, were inconsistent with the 2010 Kenyan Constitution.

In the Supreme Court, Mitu-bell Welfare Society argued that Article 23(3) of the Constitution did not offer an exhaustive list of appropriate remedies that courts can offer. Structural interdicts were therefore a relief that the court had discretion to give. Additionally, the Court of Appeal was faulted for not following the Supreme Court’s judicial precedents in the Francis Muruatetu and Communication Commission of Kenya cases which employed structural interdicts.

The Respondents argued that structural interdicts were an invention of the Canadian and South African Constitutions. Their use was restricted and only suitable in situations: where the executive arm of government is intransigent, all attempts at persuasion and assistance to the State had failed and the order issued by court is not ambiguous. This threshold had not been met by the Appellants.

According to the Appellant, the Court of Appeal misinterpreted the High Court’s application of international law and reliance on the UN Guidelines on evictions. While the UN guidelines were not binding, they were an authoritative interpretation of a State’s treaty obligations under Article 11 (1) of the ICESCR when conducting evictions. This was applicable to Kenya by dint of Article 2(5)  and 2(6) which respectively incorporate general rules of international law and treaty law into Kenyan law.

In response, the Respondents argued that while general rules of international law are applicable in Kenya, due regard should be given to the hierarchy of laws as stipulated under Article 2(4) of the Constitution. Therefore, the Court had a duty to resolve any conflicts between human rights treaties and the Constitution in favour of the latter.

In making its decision the Supreme Court stated that while the Court of Appeal indeed noted its use of interim reliefs in the Communications Commission of Kenya case, it simply disregarded it and shut the door on the use of structural interdicts. The court, while acknowledging that Rule 21 of the Civil Procedure Rules stipulates the functus officiodoctrine, the rule was subject to Article 23 of the Constitution and could not be used to stifle the development of court sanctioned human rights enforcement mechanisms.

On applicability of international law under the 2010 Constitution, the court noted that Article 2(5) and 2(6) recognized both customary and treaty law as sources of law in Kenya and that the words “general rules of international law” under Article 2(5) refer to customary international law. However, the court indicated that the trial judge had wrongly elevated the UN Guidelines on evictions and General Comment No.7 to the status of Article 2(5) as the guidelines do not qualify as general rules of international law. These were “soft law” and could only be considered under Article 2(6) as they offered guidelines pursuant to Article 21 of the ICESCR. Nonetheless, the court could not comprehend why the Court of Appeal found UN Guidelines on evictions to be inconsistent with the Constitution as they were an interpretive aid to the provisions of Article 43 which, just like the ICESCR, deals with economic and social rights.

The court proceeded to state that the right to housing accrues by virtue of being a Kenyan citizen irrespective of whether one has title to land on which one resides. Every individual, therefore, including those in informal settlements, has an interest in public land. Consequently, the State was in violation of the right to housing when it forcefully evicted the residents of Mitumba village from their informal settlements. The Supreme Court remitted the matter to the High Court for delivery of proper compensation orders.

This decision comes as a sigh of relief to many citizens living in informal settlements that have often suffered at the hand of the government, which frequently conducts evictions with impunity under the ostensible reason that such inhabitants are illegally occupying public land.

Kenya, Right to Housing, Role of the Judiciary, Socio-Economic Rights
On 11 January 2021, the Kenyan Supreme Court delivered the judgment in Mitu-Bell Welfare Society. The case ...