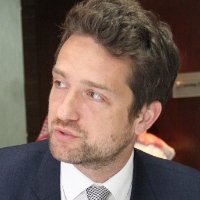 The UN Special Rapporteur on Torture’s finding that ‘torture in Mexico is generalized’ drew an uncharacteristically sharp response from the Mexican Government, which accused Juan Méndez of being ‘irresponsible and unethical’. Méndez was compelled to publicly defend his findings but although the Government has since tempered its tone, it recently confirmed its view that they ‘do not correspond to reality’ and added that the ‘discussion is closed’.

Mexico’s response is surprising not only because it is well-regarded internationally for its diplomatic finesse but also because it has been seeking to raise its profile on the world stage. President Pena Nieto stated in his inaugural speech that making Mexico ‘an actor with global responsibility’ is one of his priorities and announced last year that Mexico was ready to participate in UN peacekeeping missions. It is also not the first time that Mexico’s torture record has faced criticism from international bodies – various UN bodies have expressed serious concerns and the Inter-American Court of Human Rights has found México guilty of torture violations on numerous occasions.

Since the start of former President Calderón’s ‘war on drugs’ in 2007 torture complaints have rocketed and there has been an estimated 600% increase in the past decade. The root causes of the problem are complex. They include corruption within law enforcement as well as the large-scale deployment of the military in combating drug gangs and performing policing functions such as detention, investigation and interrogation. However, the problem is compounded by inherent weaknesses in its criminal justice system and Méndez’s report reveals an alarming statistic. The Mexican Government reports only five convictions for torture since 2005 despite 11, 254 complaints being received by the National Human Rights Commission.

From the outset, the definitions of torture in Mexico’s laws fail to meet international standards. For example, whilst the UN and Inter-American conventions against torture only require proof of intent to cause suffering, federal law requires proof of intent with respect to the purpose for which the torture is committed. Similarly, Mexico’s implementation of international guidelines contained in the Istanbul Protocol is restrictive. Crucially, the Protocol requires independent forensic and medical examinations when investigating torture but instead these are conducted by the prosecution services and doctors are often members of prison institutions.

Mexico has acknowledged the need to strengthen safeguards and recent constitutional reforms have enshrined key defence rights and international human rights standards. However, these same reforms also included the controversial ‘arraigo’ regime, a kind of pre-charge investigative detention for up to 80 days with no clear requirement for substantial evidence of criminal responsibility and severely restricted access to lawyers. This violates the presumption of innocence and increases the risk of torture but although the Supreme Court has declared arraigo at state level unconstitutional, it continues in similar forms and still exists at federal level.

The prevailing tendency to detain in order to investigate, rather than vice versa, is exacerbated by the fact that Mexico’s criminal procedural code relies heavily on confession-based evidence. Therefore people are often found guilty primarily on confessions obtained in detention as a result of torture or ill-treatment. Furthermore, judges often misapply the principle of ‘procedural immediacy’, giving greater validity to initial statements over subsequent ones, even if the earlier ‘confession’ was obtained without the necessary guarantees. Mexico is moving towards an adversarial criminal code under which such a theory would not apply and which may help strengthen defence safeguards, however better investigation and detection techniques would also surely lessen the over-reliance on confession-based evidence.

The Supreme Court has given several rulings obliging judges to immediately investigate torture allegations, to apply international human rights standards and limiting military jurisdiction over human rights claims. It has also issued an important judicial torture prevention protocol and a law guaranteeing victims’ rights has recently been passed. These are positive steps although in order to end the disturbing level of impunity, judges need to start sending torturers to prison.

The Mexican Government’s prickly response to Méndez’s report may be partly explained by increased international attention on law and order following the apparent massacre of 43 students at Ayotzinapa and national outrage at its handling of it. However, it needs to demonstrate far greater leadership in dealing meaningfully with torture and as a fundamental step, this means facing up to the uncomfortable scale of the problem.

United Nations, Right against Torture
Article 5 of the Universal Declaration of Human Rights, which is 70 this December, provides in unequivocal terms ...