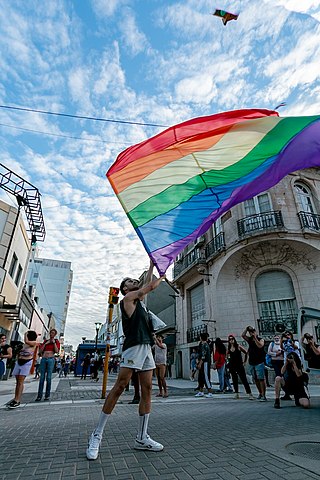 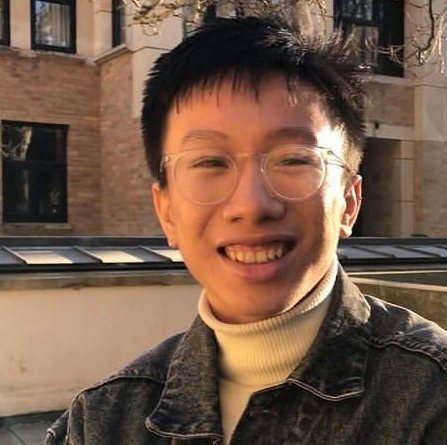 Son is a recent graduate of the Faculty of Law at Oxford, where he studied for the BA and BCL. He worked as a Bonavero Summer Fellow and legal trainee at the European Centre for Constitutional and Human Rights, and is volunteering as a researcher with Oxford Pro Bono Publico. He is primarily interested in the rights of LGBTQ+ people, the history of queer activism and thought, and the emancipatory potential “queerness” has for all people.

Image description: A person standing in the middle of a street waving a rainbow flag. The sky is bright blue and the sun is shining through the flag.

New Frontiers of LGBTQ+ liberation is a blog series by the Oxford Human Rights Hub which explores the present and future of queer justice. Though historians disagree on when LGBTQ+ people first began to politically organise, it is difficult to deny that the world has changed significantly since Stonewall. And the trends seem to be moving in the right direction. Legal protections afforded to same-sex couples, as well as social acceptance of them, have been progressively on the rise. This is not to say that the success of the movement hasn’t been met with backlash. Most notably, in Brazil, Hungary and Poland, populist governments have rallied against the rise of ‘LGBTQ+ ideology.’ In the US, 2021 was the deadliest year for transgender and gender non-conforming people according to the Human Rights Watch.

This series explores contemporary developments in the struggle for LGBTQ+ liberation. These developments, I suggest, are marked by three themes. Firstly, while trends indicate that levels of acceptance towards LGBTQ+ people are increasing, there is also evidence of growing opposition and polarisation. Importantly, this opposition tends to be framed as concerned with the rights of others, rather than as a challenge to LGBTQ+ equality per se. The backlash in Poland, Hungary and Brazil, for instance, is justified on the basis of protecting children. It is the rise of ‘LGBTQ+ ideology’ which seeks to ‘brainwash and convert’ children that justifies intervention, not the moral wrongness of gay sex itself. Similarly, the protection of religious communities is said to justify particular instances of discrimination against LGBTQ+ people, and the protection of (cis)women justifies the exclusion of (trans)women from some single-sex spaces. Secondly, groups previously invisible from broader LGBTQ+ politics are finally at the foreground, most notably trans people and LGBTQ+ people of colour. Finally, the claims made by LGBTQ+ activists, and the alliances they build, go beyond those previously represented in popular debates on LGBTQ+ issues. Historically, legal debates on LGBTQ+ issues focused on decriminalisation of same-sex conduct and relationships; marriage and rights related to the nuclear family; and, discrimination at work and in the provision of services. Contemporary LGBTQ+ activism, in contrast, tends to align itself with other struggles for freedom. LGBTQ+ advocates campaign for socio-economic equality, just migration policies, and decolonisation. They are active in labour movements and advocate for police and prison reform (and often abolition).

To the extent that these new frontiers mark a shift in the grammar of LGBTQ+ liberation – that is, to the extent that the legal and political claims made now by LGBTQ+ people are different from the historical paradigm of decriminalisation, marriage and work-place harassment – it is worth interrogating why this shift occurred and what it says about the nature of the struggle. Firstly, I believe, this shift reflects a recognition by the LGBTQ+ community of its own failure to advocate inclusively and to consider issues intersectionally. As significant as the victories of the movement have been, its primary beneficiaries were predominately middle-class white gay men. More intersectional approaches to LGBTQ+ activism, for example, reflect on the ways poor and precariously-housed LGBTQ+ people continue to be criminalised not as people engaging in same-sex conduct but as sex-workers. Secondly, the new frontiers demonstrate the movement’s renewed commitment to engage with its own history. Contrary to popular depictions of LGBTQ+ history, trans communities and communities of colour have always been part of the movement. To exclude their interests from the struggle for LGBTQ+ liberation is to betray those without whom ‘Gay Rights’ would never have been realised. Finally, contemporary LGBTQ+ activism is a call for recognition, and an assertion of LGBTQ+ identities and interests beyond sexuality, gender and the family. It harkens back to the radical history of LGBTQ+ activism and challenges the neoliberal paradigm which sees LGBTQ+ liberation primarily as a question of marriage rights and representation in the boardroom and on film screens. In so doing, LGBTQ+ liberation re-establishes itself as an emancipatory project which depends on, as is sustained by, the building of coalitions along multiple axes of oppression and social struggles.

The contributions to this series will cover, among other things, the invisibility of intersex people from LGBTQ+ politics; the recognition of welfare rights as LGBTQ+ rights; and domestic abuse in LGBTQ+ relationships.