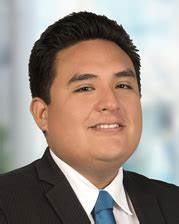 Gonzalo J. Monge is a Peruvian lawyer and a LL.M. Candidate at Harvard Law School.

Image description: School children in Peru, in a classroom, seated at desks. They have their eyes shut.

In 2017, the Peruvian Ministry of Education introduced the National Curriculum of Basic Education which included a section on gender, gender roles, and their social construction. The section stated that: (i) the notions of what we consider as “feminine” or as “masculine” are socially constructed “day by day, in our interactions,” including through the performance of gender roles; (ii) society assigns roles to what “feminine” and “masculine” mean, which translates into inequalities that affect people’s lives, especially women; and, (iii) that people build their sexual and gender identities through “continuous interactions between individuals.”

A judicial challenge was brought by a group of parents against the Ministry, seeking a removal of the paragraphs concerning gender and gender roles from the Curriculum. It was alleged that the parents had not participated in the elaboration of the Curriculum and that this violated their constitutional right (Article 13) to participate in their children’s education. Additionally, though not a legal argument in itself, it was alleged that it was ‘inappropriate’ for children to learn about ‘sex’ issues at a young age.

The petitioners accepted that LGBTQ+ people were part of the Peruvian society but disputed the gender and sexuality analysis, stating that “it should not be imposed as a truth that disregards the natural and scientific sexual reality, much less impose itself on the education of Peruvian children who do not yet have sufficient criteria, nor maturity, to discern what distorts their natural reality, regarding sex.” During their media appearances, they went even further, claiming that under the gender perspective, they were teaching children how to “turn into homosexuals,” allowing their “sexual and moral perversion.”

The Peruvian Supreme Court handed down a decision in 2019, finding in favor of the Ministry of Education’s 2017 National Curriculum of Basic Education. The Court’s majority stated that the parents had plenty of opportunities to participate in the Curriculum elaboration. Furthermore, the majority considered it extremely important to teach children about gender, in order to close the gaps of inequality, tackle violence against women and LGBTI+ people. And even if the parents had the right to discuss what their children learn at school, it “cannot be understood as a possibility to educate their children in values contrary to the Constitution,” such as equality (Article 2) and dignity (Article 1). To teach children that men or women have natural roles in life, for instance, leads to the promotion of gender stereotypes and violence against women and LGBTQ+ people who do not conform to the norms. Hence, teaching children about gender and its social construction were issues of the utmost importance. In the words of Judges Wong and Bustamante: “To put in simple terms, nobody has the right to continue teaching discrimination.”

However, the petitioners did not stop when the Supreme Court dismissed their case and moved the battle to Congress. And on May 5, 2022, the Peruvian Congress took the first legislative steps to remove the teaching of gender equality and comprehensive sex education from the National Curriculum of Basic Education, in direct defiance of the 2019 Supreme Court ruling that validated the teaching of gender equality.

Two final points are worth pointing out. Firstly, this development demonstrates the fragility of equality for LGBTQ+ people in the face of conservative legislatures. Secondly, there are undeniable parallels between the development in Peru and in other parts of the world. In March 2022, Florida lawmakers passed legislation prohibiting any teaching of gender and sexual orientation between kindergarten and third-grade, also calling on schools to avoid LGBTQ+ issues “when not age-appropriate or developmentally appropriate”. In Europe, the Romanian Senate recently approved a bill to ban “gay propaganda in schools.’’ Similar legislation was adopted in Hungary in 2021. Rights of children and parents has become a fig-leaf for social conservatism.

Peru, Constitutions and Human Rights
Recently, the Constitutional Court of Peru issued a judgment in case 03158-2018-AA, concerning a writ of amparo in ...

Peru, Right to Freedom of Religion
Last month, the Constitutional Court of Peru issued a judgment in the case 00007-2014-PA/TC, which concerned an ...