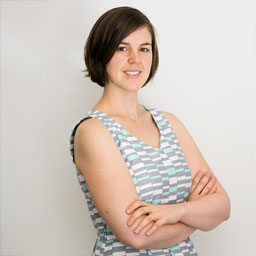 Continuing in our series on the state of pro bono legal work around the world, Emma Webber blogs for us on the possibility of making pro bono work compulsory in South Africa.

The advent of democracy in South Africa meant that all citizens would in future be treated as equals before the law. However, almost twenty years after the fall of apartheid, the majority of South Africans are still denied access to justice. The primary reasons are the high levels of poverty and marginalisation, a scarcity of affordable legal services in poor communities, and a lack of State resources and capacity to provide such services.

Despite this sad reality, the removal of the stark, explicit discrimination of apartheid seems to have dulled the drive of lawyers to take on public interest work. As Jeremy Sarkin noted in 2002:

“There is a growing perception that in spite of South Africa’s having one of the best Constitutions in the world; its legal practitioners are losing their social consciences. Whereas the Constitution has created many opportunities for the use of law to promote social justice and democracy, there are probably fewer lawyers practising in this area than was the case under apartheid.”

In response, the Bar Councils and Law Societies of South Africa, the bodies that govern legal practitioners, have implemented mandatory requirements for pro bono work as a strategy for expanding access to justice. Their rules require that attorneys (solicitors) and advocates (barristers) do a minimum of 20-24 hours of pro bono work each year.

Controversy has been sparked by the proposed Legal Practice Bill, which aims to restructure the legal profession, the governing bodies, and their rules. In particular, the Bill makes provision for mandatory community service by legal practitioners, but makes no mention of pro bono work. The two are distinct in that community service would be a component of the practical legal training of candidate legal practitioners and a requirement for their qualification, whereas pro bono services are provided free of charge to indigent clients by qualified practitioners. Pro bono obligations persist throughout a practitioner’s career and refresh each year. Community service requirements would constitute a once-off obligation that would be fulfilled by the time of qualification.

The two are not mutually exclusive – the law could demand both. However, the worry is that the requirement of community service will displace that of pro bono work. This would be inadequate because trainee attorneys and advocates do not have the skill to effectively provide equivalent services. Hence, the appropriate solution would be for the Bill to make provision for compulsory pro bono service by practitioners each year, in addition to community service for trainees.

At the very least, the inclusion would signal the official desire for the South African legal community to return to the “ethos that existed at a time when lawyers were resisting and fighting apartheid. There was a sense of mission and of moral duty” (Sarkin).

Emma is a MPhil candidate in Law at St Cross College, University of Oxford and a former clerk to Justice Edwin Cameron at the Constitutional Court of South Africa.