Public Interest Litigation and the Advancement of Constitutional Rights in India: An Appraisal-Dr Ashwani Kumar

Dr Ashwani Kumar examines the genesis of public interest litigation (PIL) and its contribution in the progressive enlargement of constitutional rights in India through an expansive interpretation of the Indian Constitution. The relaxation of procedural requirements and the rule of locus standi, the birth of the Court’s “epistolary jurisdiction” and the suo moto exercise of their extraordinary jurisdiction by the writ courts to advance “public interest” will be touched upon.

The seminar will also discuss the broader issues raised by PIL by a discussing  whether “judicial supremacism” is antagonistic to the principles of parliamentary democracy and whether given the Constitutional scheme, the Supreme Court can become the “supreme arbiter” of its own jurisdiction. It needs to be assessed whether by conferring finality to its  decisions against the will of the people reflected  in legislation the equilibrium of power between the three  organs of the State has been judicially imperiled  by treating the judicial review power as part of the untouchable “basic structure” of the Constitution.

The relevance of the debate is underscored by the abuse of PIL which is being increasingly seen as “political interest litigation”, “private inquisitive litigation” or “publicity interest litigation.”  The abuse of the PIL mechanism by “officious intermeddler (s),  and “busy bodies” masquerading as crusaders for public justice has raised the much evaded but inescapable question of whether a review judicial power of such width and amplitude needs to be revisited. 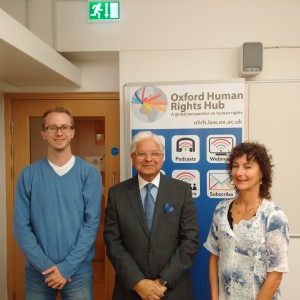 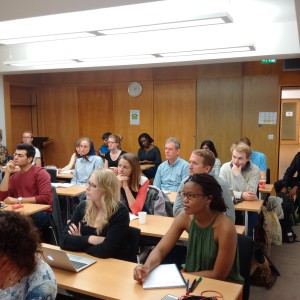 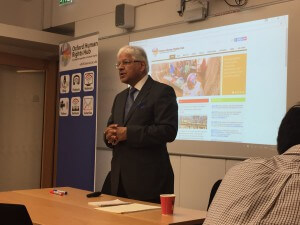 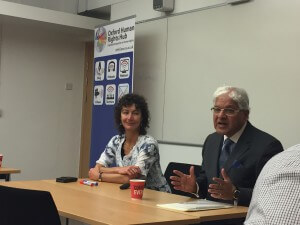 Human Rights Law and the Treatment of Rape Victims

Oxford Human Rights Hub Associate Director, Associate-Professor Liora Lazarus talks about how important it is for ...

On 24 January 2017, the UK Supreme Court ruled in the case Miller and Dos Santos vs. Secretary of State for ...

Cancelled: OxHRH Solidarity with UCU Strike: Teach-Out on the Right to Education

PLEASE NOTE THAT THIS EVENT HAS BEEN CANCELLED AS A PRECAUTIONARY MEASURE IN RESPONSE TO COVID-19. In ...