Rejection of the New Chilean Constitution: Some Reflections 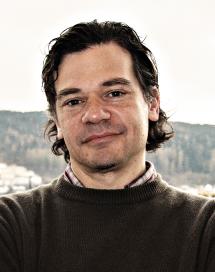 Image description: A graphic image of two people (represented as stick figures) throwing the constitution into a dustbin.

In the following lines, I would like to reflect on what happened in Chile on Sunday, September 4, after the defeat of the constitutional plebiscite. My reflections are optimistic, despite the many analyses—most of which are overwhelmingly negative — that have emerged in past days to explain the defeat.

Many commentators argue that the Constitution was rejected because the text was too progressive and that its authors went too far in their proposed reforms. Others suggest that the defeat demonstrated that most Chileans are very conservative. Still others contend that the constituents failed to build the political consensus they needed to approve their Constitution. Finally, some analysts claim that the defeat was a product of right-wing media campaigns and ‘fake news.’ These explanations may all have influenced the plebiscite vote in some ways. However, many of these explanations are not persuasive. The proposed constitutional text was much more conventional than revolutionary. The recently-elected government of Chile is left-leaning. And, the Constituent Assembly did an extraordinary job building consensus despite most candidates being independent, such that the votes were distributed widely amongst different groups, making it difficult to build quick, stable agreements. Finally, assertions that fake news and right-wing media campaigns played a major role in the vote assume a naïve citizenry, which I dispute.

In my view, the defeat in the plebiscite had to do, instead, with the poor functioning inherent to this type of plebiscite. I am thinking of plebiscites or popular consultations that refer to multiple and complex issues (expressed, for example, in this case, in a constitutional text of 388 articles), about which citizens have only one vote (one vote to express all their opinions and nuances regarding, say, 388 articles). In such situations, the ordinary citizen finds it extremely difficult to say something sensible on so many difficult issues. Worse than that: citizens are routinely forced to vote for what they repudiate—say, presidential reelections or a system of concentrated power—in order to support what they most desire—say, more fundamental rights. In my book The Law as a Conversation Among Equals, I called these situations “electoral extortion.” As a result, voters use that single vote to express their opinion on something else: typically, to reward or punish the government of the day.

Note that the above is what happened in Great Britain, with the popular consultation on Brexit (in which people voted against Cameron), as well as in Colombia during the plebiscite for the Peace Accord (in which people voted against an unpopular Santos). And it is the same thing that happened, predictably, in Chile, with the September plebiscite: the majority of people voted against an increasingly unpopular Boric (it is interesting to compare the popularity polls of the government, looking at the same time at the evolution of the polls related to the proposed Constitution). In short, I believe that the negative vote was due to the will of a vast majority of Chileans who decided to punish (or not reward) the current government, a factor unrelated to the contents of the proposed Constitution.

To say the above, however, is not to deny issues that are also important. First, in my opinion the Constitution as drafted was wrong for not going far enough and for being conservative rather than defiant. The Constitution should have been more radical and ambitious, especially with regard to institutional renewal and democratic revitalisation. According to the proposed Constitution, the old organisation of power remained completely intact—almost nothing was changed in what I call the engine room of the Constitution (the organisation of the Judiciary varied little, and in an unattractive way; the Senate, which seemed on the verge of being eliminated, ended up remaining almost identical to itself; political power remained concentrated in the hands of the Executive; etc.). The proposal thus repeated the “old Latin American mistake” in matters of constitutional change: the proposed Constitution offers a notable expansion of the list of rights while leaving untouched a two-centuries-old organisation of power. Second, it is true that the Convention could have done much more to connect with the broad social movements from which it emerged. The Convention had excellent and close precedents to guide these efforts (I am thinking, in particular, of the example offered by the Citizens’ Assemblies in Ireland). In sum, I think the constitutional debates in Chile would have benefited from more solid bridges between the Convention and the citizenry.

On a final and optimistic note, I would like to suggest that Chileans committed to constitutional change should not despair at Sunday’s result. Why? Because the most important thing has already happened. That the Constitution should include social rights, promote gender equality, and recognise the rights of indigenous groups has become widely agreed upon in Chile. Therefore—because the most important shift has already happened—what is missing—the definitive constitutional reform—will happen soon enough.

Signs of an Emerging Feminist Democracy in Chile

Chile, Gender, Labour Rights, Right to Equality and Non-Discrimination, Sexual and Reproductive Rights
Image description: Women at a march against sexist violence in Chile. Many of them wear green bandanas or ...