Road to repeat poll in Kenya: Is legislative amendment the cure? 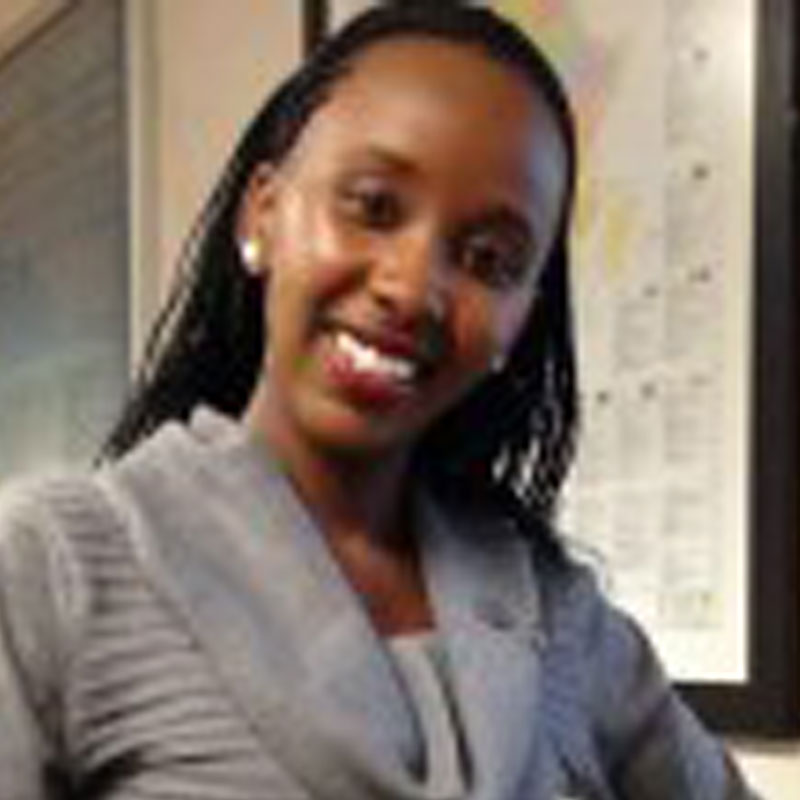 Lucianna Thuo is an Advocate of the High Court of Kenya, a law lecturer and the Associate Dean at Kabarak University, School of Law, in Nakuru, Kenya. She holds a Master of Laws Degree in Human Rights and Democratisation in Africa from the Centre for Human Rights, University of Pretoria, Pretoria, South Africa and a Diploma in Realising Human Rights through Criminal Law from Åbo Akademi University in Turku, Finland. She has served as Research Coordinator for the Judiciary Committee on Elections in Kenya and the Political Parties Disputes Tribunal (PPDT). Her research interests include election law, disability rights, public international law, international humanitarian law and international human rights law.

The unprecedented decision of the Supreme Court of Kenya (SCOK) to invalidate the presidential poll in August 2017 has received mixed reactions by the incumbent government and the opposition. The nullification of the result by the Supreme Court has been used by the opposition to leverage for certain pre-election reforms ­­­­— termed ‘irreducible minimums’— before the October 26 poll can be held. The incumbent government on the other hand has opted to use its dominance in both Houses of Parliament to pass a raft of amendments to election-related laws. Both sides seek reform; with the only difference being the approach proposed. This article reviews the Election Laws (Amendment) Bill 2017 proposed by the government to establish whether they hold the key to an unimpeachable second poll.

The Kriegler Commission Report noted with concern that there was a preoccupation with electoral law, as though the law were an end in itself, rather than a guideline requiring sound interpretation and enforcement. Moreover, among the roles the Kriegler report identified as falling within the ambit of the electoral management body was electoral law reform, which role was to be respected by all stakeholders and government alike. The reforms in this case are triggered by the government, rather than the electoral management body.

So how are the proposed amendments likely to alter the repeat poll if adopted?

The proposed amendments seek to amend three election-related statutes: the Elections Act of 2011, the Election Offences Act of 2016 and the Independent Electoral and Boundaries Commission (IEBC) Act of 2011. The amendments target the conduct of the election, the administrative structure of the IEBC and the electoral dispute resolution process.

One of the key proposed amendments appears to be a knee-jerk reaction to what the SCOK termed the ‘fulcrum’ of the petition: the threshold for invalidating a presidential election result. It proposes to change the test for assessing the validity of the election from being both a qualitative and a quantitative one, to being a purely quantitative one i.e., proving that not only was there non-compliance with the Constitution, but that the compliance affected the result. This not only makes it difficult to challenge an electoral outcome that was marred with irregularities, but also insulates the electoral management body from full accountability for non-compliance with constitutional dictates on the conduct of free, fair, credible and transparent elections. Moreover, a proposed amendment to section 39 proposes to include a clause to the effect that failure to transmit or publish election results in an electronic format will not invalidate the result.

The Bill not only demands a concurrent manual and electronic transmission of results, but it also seeks to assert the supremacy of manual results: that where there are disparities between the manual results and the transmitted ones, the manual ones prevail. It is argued that this will remove ambiguity and provide transparency in the determination, declaration and transmission of results.

On the administrative structure of the IEBC, the Bill seeks to not only alter the qualification for appointment (which requires that they be a lawyer), but also to allow, in the absence of the chairperson, the vice-chair or a person elected by the members from among themselves to act in that capacity. This would mean that such other person would have the power to, inter alia, declare the result of the presidential election, thus taking away the exclusive power to declare the presidential election result vested in the chair by the Constitution. The rationale underlying this amendment is to avert a crisis where for any reason the chair is not available to declare the result and to make the occupancy of the office inclusive.

The quorum for decision-making by the Commission has also been reduced to not less than 3. Decisions shall be made by a majority of those present and voting rather than a majority of all members. This lowers the current statutory threshold in the Second Schedule to the IEBC Act, which requires a majority of all members for a decision to pass. Should the quorum be lowered to 3, a decision of 3 commissioners can bind entire commission of 8 members, leaving the law prone to mischief and abuse.

The Bill also seeks to preclude the Commission from announcing provisional results and mandates the Commission to refrain from declaring results until they have received all the final results. Moreover, should a presidential election be nullified, the bill provides that only the petitioners and the incumbent contest the re-run, where the petitioner was a candidate, and where the petitioner was not a candidate, all the candidates in the first election are eligible. In essence, there will be no fresh nomination for a re-run election. This clarifies the procedure for a re-run election, a gap which had been addressed only in part by the Raila Odinga v IEBC & 5 Others SCEP 5 of 2013.

Should the amendments be adopted, a new offence will be introduced: failure to sign, submit or willful submission of an incomplete or falsified document will attract a prison term of up to 5 years. Section 6(a) of the 2016 Election Offences Act already outlaws making false entries, failure to declare an election result and failing to do anything in breach of official duty, which in my view are broad enough to cover the elements sought to be denounced, but limits the maximum penalty to 3 years.

The above amendments appear to be motivated by a desire to insulate the electoral process from further judicial scrutiny — the concern being that judicial scrutiny resulted in an invalidation of the will of the people — or where such scrutiny does occur, to change the test for assessing the validity of a presidential election to being a purely quantitative one. However, passing electoral law amendments just days to the repeat polls, rather than secure the repeat elections as they are touted to do, undermines the importance of predictability of the law, and does not promote inclusion as insufficient time is available for public participation. The law is not an end in itself, and when used in this way, can be the object of tyranny. Since the leader of government, being a presidential candidate, is a stakeholder in the process, the amendment process, whatever its rationale, is tainted with partisanship and undermines the democratic gains ushered in by the 2010 Constitution.

The Devil’s in the Dictum: the Kenyan Court of Appeal Wishes Away the Inviolability of the Right to Hold a Religious Belief

Kenya, Right to Freedom of Religion
High school students subscribing to the Seventh Day Adventist faith have cause for celebration. In Seventh Day ...