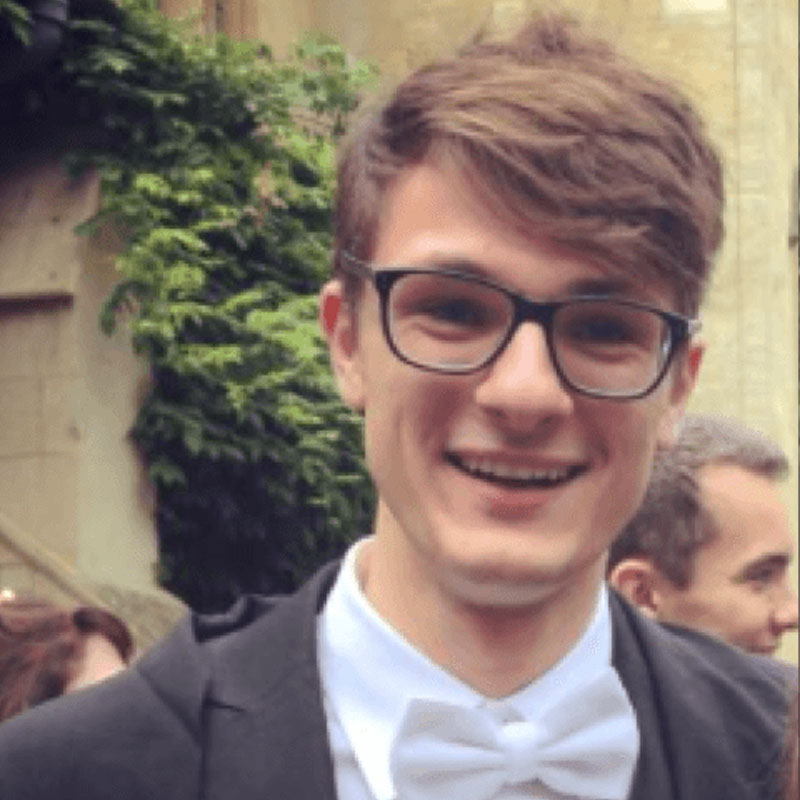 Michael Rhimes graduated from Queen Mary, University of London, in 2014 and went on the do the Bachelor of Civil Law at St Peter’s College, Oxford. He is now doing a range of internships in preparation for a career at the Bar. These include an internship with the British Judge at the Court of Justice of the European Union, and as a legal researcher for the United Nations Office of the High Commissioner for Human Rights.

Last year, we featured reflections from Claire Palmer and Rachel Clement on their experiences working as OPBP Interns at the Supreme Court of Namibia as part of the South African Judicial Assistance Project (SAJAP) programme.  This year, Michael Rhimes reflects on his experience.

I had the privilege of working as a research clerk at the Supreme Court of Namibia, in the capital Windhoek, for three months as part of the South African Judicial Assistance Project co-ordinated by Oxford Pro Bono Publico and the University of Cape Town. I worked closely with the three Supreme Court judges and produced draft memoranda for the term’s cases. This is a useful skill for all lawyers, and it was rewarding to be able to discuss my work with the judges and see the judgment take shape.

The most interesting case – Gaingab and Others – still before the Court, concerns the constitutionality of sentencing an individual for a period in excess of his life expectancy. This is a question that has taken centre stage following the seminal Namibian authority dealing with life in prison and inhuman treatment, State v Tcoieb. The latter case has been used as a model in a number of common law jurisdictions, including England and Wales, as well as the European Court of Human Rights. In the case, Chief Justice Mohamed stated that a sentence that “effectively amounts to a sentence which locks the gates of the prison irreversibly … regardless of any circumstances which might subsequently arise” would be unconstitutional. It would lead to “a culture of mutually sustaining despair” which would be contrary to the constitutional “vision of a caring and compassionate democracy determined to liberate itself from the cruelty, the repression, the pain and the shame of its racist and colonial past”.

Tcoieb was thus confined to the sentence of life imprisonment, and the mechanisms for early release in section 61 of the Prisons Act were found to afford a sufficiently concrete prospect of release. The application of the Tcoieb decision to fixed lengthy prison sentences, namely those in excess of a prisoner’s life expectancy, thus remains to be decided in Gaingab.

It was also a very interesting time to work for the Supreme Court, which is now turning away from the blithe adoption of South African precedent and is forging its own jurisprudence (see here at [8] and here at [21]). Before Namibia’s independence in 1990, the country was administered as a province of South Africa, suffering in the hands of White apartheid. As a transitional measure, Article 140 (1) of the Namibian Constitution provides that the South African common law, the law prevailing at the time of independence, is still valid. The point is being made now that the pre-independence South African common law is valid in the sense that it constitutes persuasive precedent to which the courts of Namibia may have regard, but it does not bind the courts. It was very rewarding not only to see, but also to be part of and contribute to this post-independence judicial activism.

The court itself was a wonderful place to work. There was a genuine spirit of inclusion. On my first day I was introduced to the Chief justice as I was introduced to the cleaners and the gardeners. It is an interesting building in itself, rejecting the colonial style for a more traditional Namibian architecture. The sloping colonnades arch out, embracing the city, and convey a sense of openness. Its delicate shades of pink distil the smarting sun, and the long glass panes fill the atrium with natural light.

Finally, it would be remiss of me not to mention the pleasure it was to discover Namibia, a country with so much to offer. I was privileged enough to make it my home for three months, to feel the raindrops pummel the red earth after weeks of drought, to hear the dull thud of cleavers on cow carcasses in the township market, to feel the craggy edge of the Continent’s largest canyon, splitting the desert in half as far as the eye can see, and to watch the night swallow the sun in a field of pinks and yellows and crimsons as the moon and the clubs awoke.

Ndapandula uunene, kuugumbo muulukilandje – I am very grateful for how I was welcomed (in Ndonga Oshiwambu) and will forever be thankful to the people who made it happen (OPBP and the University of Cape Town) in addition to the many people who made it memorable. I cannot thank them enough. I wish only to stress that the rewards of this position are, quite simply, beyond imagination. They cannot be put down in paper – or on a CV for that matter. I cannot encourage anyone strongly enough to apply for this.

Namibia, Right to Vote
The Electoral Commission of Namibia (ECN) tweeted that the swearing-in of newly ‘elected’ commissioners would take ...

Namibia, Children's Rights, Right against Torture, Right to Education
In the landmark 1991 judgement of the Namibian Supreme Court in Ex Parte: Attorney-General, In Re Corporal ...