Seminar: Why Gareth Lee couldn’t have his cake and eat it

In 2018 the UK Supreme Court held that a bakery that refused to bake Gareth Lee’s cake was not discriminating against him. Gareth Lee is a gay man from Northern Ireland. He ordered a gay cake lamenting the denial of gay and lesbian marriage. It remains unlawful for same sex couples to marry in Northern Ireland. The bakery refused to bake the cake because the owners’ God does not believe in equal marriage. The Supreme Court held that Gareth was not discriminated against. Nor were his human rights violated. Did the Court get it wrong? Should they have said, “let them eat cake”?

The seminar will be presented by Jonathan Cooper. Jonathan a barrister at Doughty Street Chambers and he is an internationally recognised human rights specialist with experience before English and International courts and tribunals, as well as conducting training programmes and advising on human rights issues in jurisdictions all over the world. Most recently, Jonathan has assisted LGBT people in countries which criminalise homosexuality to bring legal challenges. He has been involved in cases in Belize, Kenya, Uganda, Jamaica and Indonesia, amongst others. In 2007, Jonathan was awarded an OBE for services to human rights.

Refreshments will be provided. 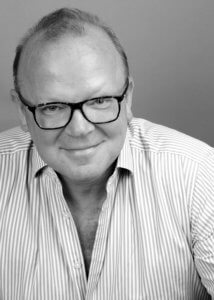 Does the morality of abortion depend on the moral status of the human fetus? Must the law of abortion presume an ...

In this action-oriented teach-out in solidarity with the ongoing UCU strike, we’ll be talking about the ...