Signs of an Emerging Feminist Democracy in Chile 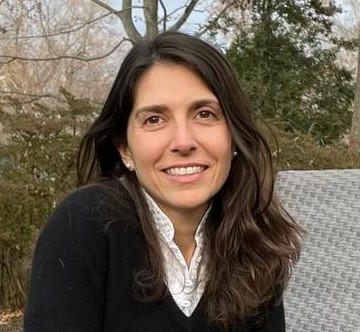 Macarena Sáez is the Executive Director of the Women’s Rights Division at Human Rights Watch.  She’s a founding member of www.redalas.net and board member of www.WOLA.org, www.dejusticia.org and www.Synergiaihr.org .

Image description: Women at a march against sexist violence in Chile. Many of them wear green bandanas or scarves.

On January 21, the President-elect of Chile, Gabriel Boric, appointed his first Cabinet. Fourteen of the 24 ministers are women.

Having a cabinet in which 58 percent of members are women, the highest rate in the history of Chile, is not the only sign that Boric is taking women’s rights issues seriously. He has appointed women ministers in key political posts including Interior, Justice, Defense, and Foreign Relations. For the first time, the Ministry of Women and Gender Equity will be part of the close circle of ministers known in Chile as the government’s “political team,” signaling the importance of women’s rights to Boric’s government.

Chile is setting the tone for a new era with women at the center of its political design. Boric’s feminist platform comes in the middle of the country’s new constitution drafting process, which started last year under gender parity rules set by Congress. A constituent assembly with an equal number of men and women writing a new social contract is new for Chile, and certainly very unusual around the world.

His program speaks of a “feminist economy” and “non-sexist education,” and it includes a government commitment to give women access to reproductive health, including expanding access to abortion. Boric promises to establish a National Care System, based on care as a human right, shifting care work from a family obligation that burdens primarily women, to one of co-responsibility between families, communities, and the government.

The challenges for President-elect Boric and his team are many. During the pandemic, women’s participation in the labour force, which already had been lagging, dropped  below 50 percent. The number of women working in informal sectors, by contrast, increased. Racism created additional barriers for Indigenous and migrant women. Sex workers continued to be mostly invisible in public policies, despite the violence and stigma they face.

A feminist government will need to tackle structural barriers to women’s equality and Boric’s comprehensive plan will have to set some priorities.  The focus should be on the gender pay gap, the gendered division of labor and the feminisation of poverty, especially of older women who have been disproportionately impacted by a failed private pension system. It should tackle sexual and gender-based violence without relying primarily on a criminal justice system that uses deprivation of liberty as the solution. It will be essential to expand on the inadequate and poorly implemented 2017 abortion law, seeking to end institutional conscientious objection, which has allowed entire medical facilities to refuse to provide abortions. Most importantly, it is urgent to improve the conditions of women who have been most marginalised and to do it by giving them agency. A good sign is the appointment of a domestic workers leader as undersecretary for the Ministry of Women and Gender Equity. Finally, a feminist government should not only take care of issues that affect women. Its goal should be achieving a feminist democracy, in which women of a wide diversity of backgrounds have genuine access to, and participation in, public affairs.

There are two pictures circulating on social media. One shows the Cabinet formed by the first democratically elected president after the defeat of the dictator Augusto Pinochet. Taken in 1990, President Patricio Aylwin sits proudly with a cabinet of 20 smiling men dressed in dark suits. They had a good reason to smile. After thousands were tortured and disappeared, the Chilean people were regaining democracy. Thirty-two years later, and despite threats to democracy around the world, the legacy of that first cabinet is still here.

The second picture, however, is very different. In 2022, we see a cabinet with more women than men, 9 people out of 24 under age 40, 9 people from outside the capital city, 2  who self-identify as lesbian and gay, 2 women with their children at their side, and 3 women proudly wearing a green bandanna on their wrists—the symbol for sexual and reproductive rights in the region. There is not one color that dominates. There is an informal tone to it that doesn’t take away the solemnity of the moment.  Let’s hope these are not just numbers and colors, but signs of a structural change toward a feminist democracy.