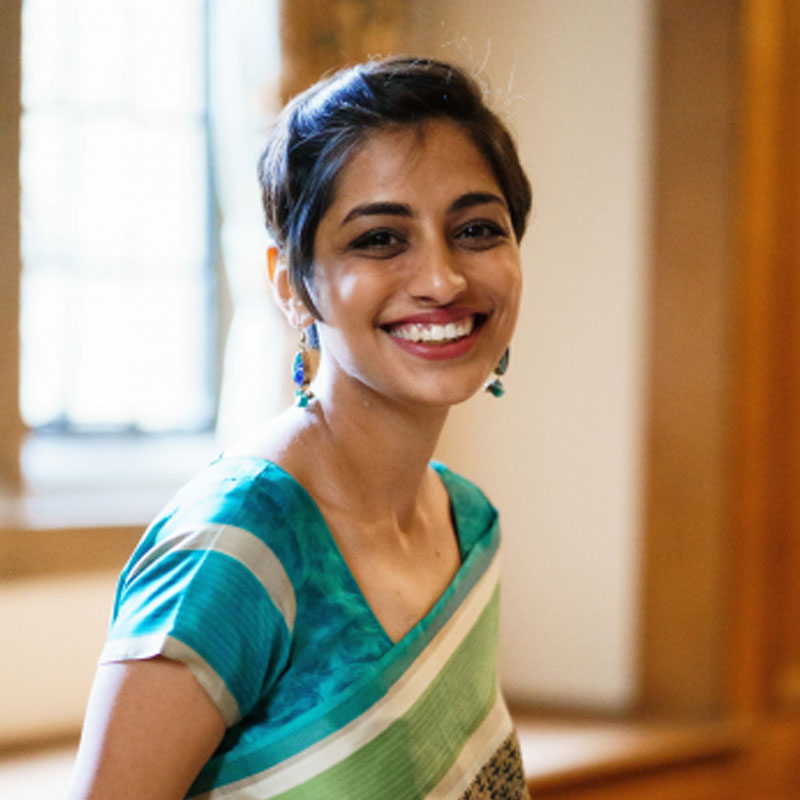 Dr Sanya Samtani is a postdoctoral research fellow at the University of Pretoria. Her research focuses on access to knowledge at the intersection of human rights and copyright. She is part of the team consulted by SECTION27 on this matter.

South African Constitutional Court rectifies copyright discrimination for people with disabilities, orders ‘the greatest latitude to produce literary works in accessible format copies’ Less than 0.5% of published works are available in formats accessible to people living with print and visual disabilities in South Africa. In order to access 99.5% of the market of published works, people with disabilities need to convert them from the format in which they are published to one that they can access. Until 21 September 2022, this was considered copyright infringement in South Africa.

In a unanimous judgment, the Constitutional Court of South Africa confirmed the Pretoria High Court’s finding that the Copyright Act 1978 is unconstitutional and unfairly discriminatory to the extent that it fails to provide for for people with visual and print disabilities. This vindicates a decades-long struggle by BlindSA, the applicants, represented by SECTION27. It is also the first instance of a Constitutional Court requiring copyright legislation to provide for an accessible format shifting provision on the basis that constitutional rights are limited by overly restrictive copyright laws.

Prior to the Court’s decision, people with disabilities had to obtain permission from copyright holders to make works under copyright accessible, even through the market. This requirement did not apply to people without disabilities. The Court held that the law was therefore unconstitutional. As the judgment notes, the restrictive impact of copyright legislation on people with visual and print disabilities was common ground. Moreover, the respondents, which included the other organs of State and in particular the Minister for Trade, Industry and Competition, did not oppose the matter in both courts. Drawing on SECTION27’s submissions, the judgment held that not only was the Act discriminatory on this basis, but it also infringed the rights to dignity, freedom of expression, participation in cultural life, the right to education, and children’s rights.

What remained at issue was remedy. SECTION27 argued that since Parliament was engaged in a lengthy process of amending the Copyright Act to include an accessible format shifting provision, the appropriate interim remedy to cure the constitutional defect would be for the Court to read in Parliament’s proposed section 19D with minor modifications to ensure that it would be operational without the need for further regulations. Proposed section 19D explicitly permits accessible format shifting and cross border exchange of accessible works. Professor Owen Dean, intervening as a friend of the Court,  argued that proposed section 19D was incoherent as it did not contain relevant definitions, and required further regulations to be operational. In his view, the Copyright Act remained constitutional due to section 13 which provides for the possibility of regulations to be made to create further exceptions to copyright for reproductive uses (copying). Dean argued that the appropriate remedy was to compel the Minister to promulgate regulations in terms of the existing section 13 of the Act. SECTION27 argued, in response, that the text of section 13 was limited only to reproduction. Although format shifting includes reproduction, other processes such as adaptation are also often required – for instance, in creating image descriptions. The import and export of accessible works would require distribution and broadcast among other uses. As a result, section 13 was inappropriate since regulations under it broader than reproduction would exceed the bounds of the enabling legislation. The Minister, in their submissions, argued that they did not consider section 13 appropriate for the same reason. With regard to proposed section 19D, the Minister explained that it was broader than section 13 in order to align South Africa’s laws with its international obligations including to create the framework for the prospective accession to the Marrakesh Treaty to Facilitate Access to Published Works for Persons Who Are Blind, Visually Impaired or Otherwise Print Disabled (Marrakesh VIP Treaty).

The Court held that Dean’s proposed remedy, regulations under section 13, would be inadequate. Although the lines demarcating reproduction and adaptation are blurry at times, accessible format shifting often requires more than mere reproduction. Regarding the remedy of reading-in proposed section 19D, the Court held that it was imprecise as it did not include key definitions and was too expansive. The Court also held that the concerns regarding import and export of accessible format works, in its view, were not fully made out on the facts, but that the issues concerning the format shifting of literary and artistic works were. Thus, the Court formulated its own statutory interim reading-in remedy that was limited to accessible format shifting of literary and artistic works and included definitions drawing on the language of the Marrakesh VIP Treaty. Crucially, this implies that people with visual and print disabilities, reading disabilities, and other physical disabilities that entail the inability to hold a book as well as people or entities acting on their behalf can format shift on a non-profit basis without fear of sanction – immediately.  Although the remedy does not explicitly include cross border exchange of works, people with disabilities can now do so for personal and domestic purposes, as format shifting is no longer considered an infringement under South African law. The Court, mindful of the fact that Parliament is in the process of finalising the Copyright Amendment Bill, made an order of suspended constitutional invalidity regarding the Copyright Act. This provides Parliament with 24 months to include an accessible format shifting provision in its copyright legislation.

South Africa, Disability, Right to Equality and Non-Discrimination
For over 25 years, people with visual and print disabilities in democratic South Africa have been denied their ...