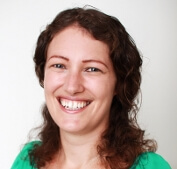 Socio-economic inequality is the biggest human rights and development challenge today. At the Equal Rights Trust we believe that using the rights to equality and non-discrimination in cases relating to the social and economic rights of the vulnerable is one until now under-explored way to address the challenge. On 10 December 2014, we published a Guide (with accompanying Online Case Compendium) which both makes our case and illustrates how such litigation may be brought.

Economic and social rights are clearly enshrined in international human rights law. The International Covenant on Economic, Social and Cultural Rights of 1966 sets out critical rights such as those to education, an adequate standard of living, health and social security and requires that states guarantee that these rights will be exercised without discrimination (Article 2(2)). And yet there remains a serious problem of their realisation. What is this problem? Why does socio-economic inequality persist and indeed grow? From a legal perspective, for a start, in contrast to the rights contained within the sister Covenant, the International Covenant on Civil and Political Rights 1966, the rights were imbued with weaker effect with states only required to ensure the rights’ “progressive realisation”. Further, economic and social rights are not justiciable in many jurisdictions. Even where they are, courts remain reticent to interfere in what they still consider to be a matter with huge resource implications which remains to be determined by legislatures.

The reticence to treat socio-economic rights on an equal footing with civil and political rights is misplaced. As Octavio Ferraz has rightly pointed out, the issue is not that there aren’t the resources to secure everyone’s social and economic rights but rather that the resources are unequally distributed. Oxfam’s now well-cited finding that the 85 richest individuals in the world have, collectively, the same wealth as the poorest 3.5 billion demonstrates the inequality in stark terms. Inequality and discrimination, not limited resources, are at the heart of the problem of non-realisation of social and economic rights. Advancing equality and non-discrimination is key to solving the problem.

Unlike economic and social rights, the rights to equality and particularly to non-discrimination have received more traction both in terms of adoption as justiciable rights and in terms of being upheld in progressive judgments by courts. The Equal Rights Trust has long believed that these rights can provide an important basis upon which the socio-economic rights of the most disadvantaged can be realised.

In 2011, we commenced research into the extent to which courts at the international, regional and national levels (in selected jurisdictions) have made findings of discrimination or inequality in relation to socio-economic rights realisation. We found that there while there is some useful jurisprudence, it remains too limited and there is a need for equality and non-discrimination strategies to be employed more often and more effectively before courts.

It is our hope that greater involvement of equality and non-discrimination strategies in cases relating to socio-economic rights, will result in greater realisation of the rights. And we hope that our Guide will provide a useful resource for litigators in working towards this goal.