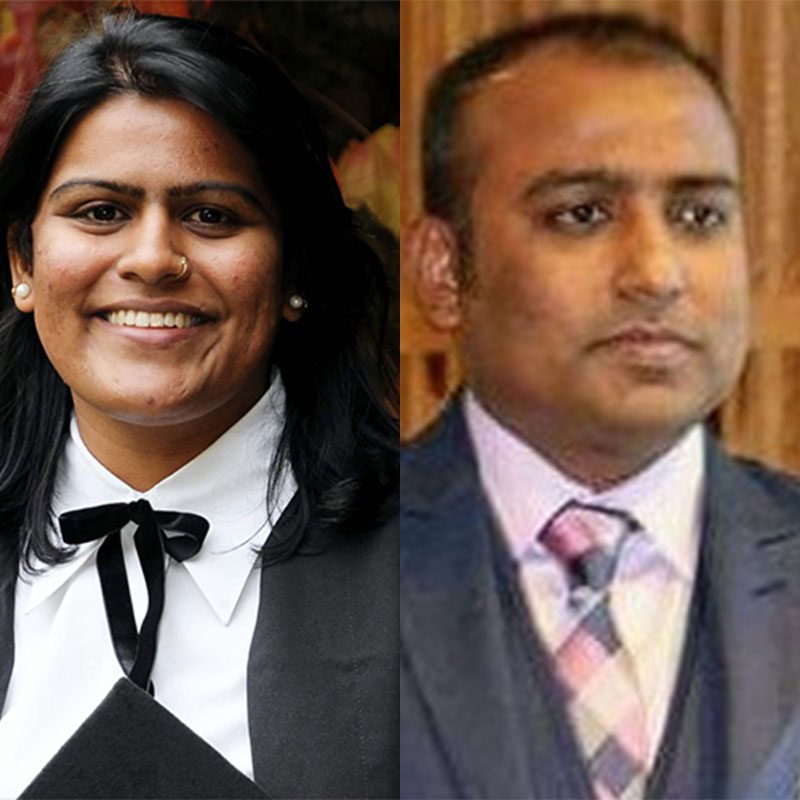 About Nidhi Singh and Anurag Vijay

Nidhi  is an Advocate practicing at the Delhi High Court, India and is currently pursuing a course in Justice and Government from Harvard University, USA. She pursued MSc Law and Finance from Faculty of Law, University of Oxford as Weidenfeld-Hoffmann Scholar (2015-2016)

A nine-judge constitution bench of Supreme Court of India is currently considering whether privacy is a fundamental right under the Indian Constitution. This issue has emerged due to the legal challenges arising from Aadhaar or Unique Identification Number. Aadhaar is a twelve-digit unique-identity number issued to all Indian residents by the Government of India based on their biometric and demographic data, explained further in a previous post on this blog.

In August 2015, the Hon’ble Supreme Court of India felt the need for a larger bench to determine (i) whether there is any ‘right to privacy’ guaranteed under the Indian Constitution, and (ii) if such a right exists, what is the source and what are the contours of such a right, given that there is no express provision in the Constitution adumbrating the right to privacy.

The right to privacy has not been enshrined as a specific provision under the Indian Constitution. However, the Courts have evolved this right from Article 21 and several other provisions, including Directive Principles of State Policy. The argument in the Aadhar case finished two weeks ago and the judgment is due imminently. The Union Government has argued that since privacy is multifaceted, it cannot be treated as a fundamental right. Privacy at best is a ‘sub species of liberty and every aspect could not qualify as being fundamental in nature’. The petitioners have argued that if privacy were to be elevated to a fundamental right, its sub-species would also have to be granted the same status, which will not be permissible under the law.  Even if the right to privacy is a fundamental right, it cannot be absolute. Further, with regard to the risk of data being misused and making its way into hands of private players, the Unique Identification Authority of India (UIDAI), the nodal agency implementing the Aadhaar scheme, has said that privacy and confidentiality are non-negotiable under the Aadhaar Act. Thus, insofar as privacy is protected under the Aadhar Act, there is no need for a separate right to privacy to be evolved under the Indian Constitution.

On the other hand, privacy activists have argued that the personal information collected under the Aadhaar social welfare scheme is vulnerable to abuse at the hands of private players. The petitioners have relied on the dissenting opinion of Justice Subba Rao in the Kharak Singh v. Union of India (1963) case, who inferred a right to privacy from the expression ‘personal liberty’ under Article 21. The current nine-judge bench are focusing on the M.P Sharma & Others v. Satish Chandra (1954) and Kharak Singh case to determine if right to privacy should be accorded the status of fundamental right. In the M.P. Sharma case the Court made a reference to right to privacy. Noted Senior Advocate Soli J. Sorabjee said that by analogy to the right to freedom of speech and expression under Article 19 (1) (a), the non-mention of a right does not imply its exclusion from the Constitution. As very well summarized by Ujawala Uppaluri in her post, the lawyers for the petitioners took the following lines with regard to the nature of the right:

It will be interesting to read the final judgment in this landmark case in Indian constitutional history. However, it seems unlikely that the Supreme Court will completely dismiss the arguments of the petitioners, given the strong precedents which support them. In our opinion the nature of the petitioners’ arguments is more compelling. Privacy has been recognized as an important aspect of liberty all over the world. This is a ripe opportunity for the courts to recognise a right to privacy. With the advancement of technology, the state has become a powerful entity invading the life of a citizen. The right to privacy cannot be absolute but the court needs to strike a balance between the rights of the state and citizens on one hand and rights of citizens and non-state actors on the other hand.

Editor’s note: This is the second of three blogs on the Aadhaar right to privacy litigation, considering the context in which the Supreme Court must give judgment. The first, explaining the Aadhaar system, can be found here. Once the judgment is out, of course, the OxHRH Blog will also feature analysis of it.