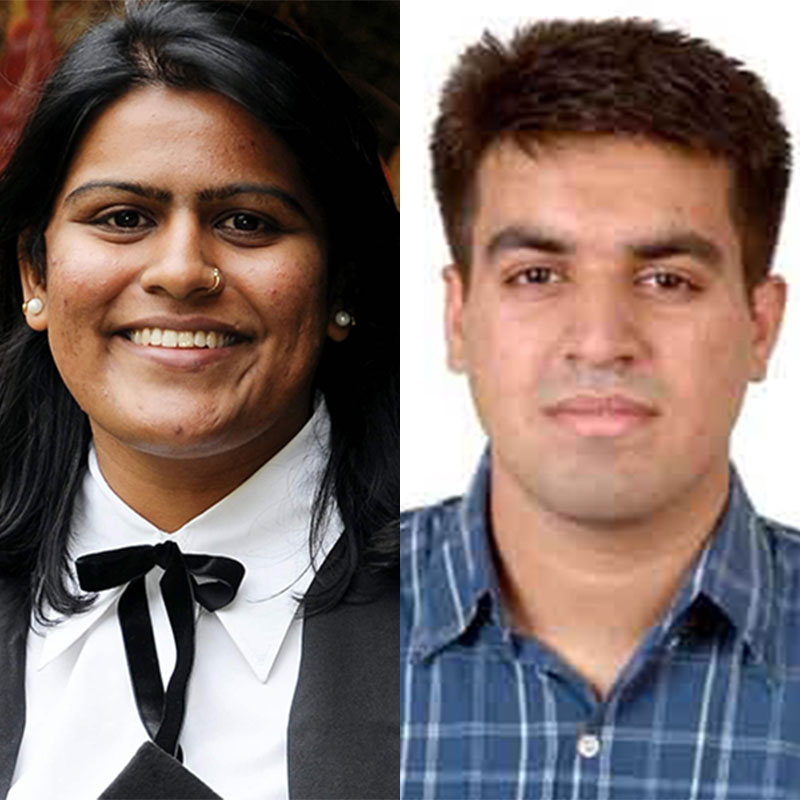 About Nidhi Singh and Kushagra Mishra

Nidhi is a Delhi based lawyer & Founder, Institute for Commercial Law and Policy Research, New Delhi. She is currently pursuing M.A. Economics for Competition Law from Kings’ College, London.

The Supreme Court of India has emerged as a strong force in safeguarding the Constitutional values, and has had a memorable term of landmark verdicts, dealing with questions that relate to privacy, individual liberty and sexual freedom, to name a few. The Supreme Court in mid-2017 took the issue of ‘citizen’s privacy’, as discussed here. The Constitution bench had ruled ‘privacy’ to be a fundamental right under the Constitution of India, which has been previously discussed here. Post this ‘privacy’ clarification, the issue vis a vis Aadhaar erupted in forms of Public Interest Litigation, that questioned the validity of the Aadhaar Act (Aadhaar (Targeted Delivery of Financial and other subsidies, benefits and services) Act, 2016), in terms of privacy invasion by state in the name of national security, security of the citizens’ personal information, surveillance powers of the government, legality of the enactment of the Aadhaar Act as Money Bill and private corporations right to mandate Aadhar linkages, amongst others.

On 26 September 2018, Constitution Bench of the Indian Supreme Court delivered a 4:1 majority-led judgement broadly upholding the constitutional validity of the Aadhar Act. The objective of this law is to provide legal backing to the Aadhaar Unique Identification Number (UID) project, which is world’s largest biometric ID system (with over 1.2 billion Indian resident holders till date).

The majority declared Aadhaar a “document of empowerment” and “an unparalleled identity proof”. It further said that “Aadhaar is a document which cannot be duplicated unlike other identification documents such as Permanent Account Number –PAN (for filing tax returns), ration card and passport”. In its 1448-page judgement, it broadly upheld the constitutional validity of Aadhaar and struck down several provisions of the Aadhaar Act. The court clarified the areas in which Aadhaar cannot be made mandatory, while keeping in mind the objective with which the Act was enacted: to have better targeted subsidy schemes as part of the state’s welfare initiatives.

The majority judgment read the Aadhaar Act narrowly, but at the same time provided a framework within which the Aadhaar should operate. The judges endorsed the scheme, but limited it to the disbursement of welfare benefits, declaring unconstitutional the mandatory linkage of mobile phones and bank accounts to Aadhaar numbers. Section 57 of the Aadhaar Act, which authorised corporations and individuals to use Aadhaar to establish the identity of individuals, has also been declared unconstitutional. Schools have also been barred from making submission of the Aadhaar number mandatory to enrol children.

The main attack by the petitioners in this case was premised on the argument that Aadhaar is a serious invasion into the right to privacy, and that it could lead to a totalitarian state where each individual could be kept under surveillance, which would impinge upon democratic and constitutional values.  Justice Sikri applied the proportionality test, on the basis of the norms such as the expectation of privacy, compelling state interest and larger public interest. He accepted that the objective of prevention of leakages in disbursement of welfare benefits is a valid legitimate aim for the scheme, and that Aadhaar gives dignity to marginalised sections of the society, thus serving a larger public interest. Therefore the majority, while keeping larger public interest in mind and the practical consequences of abandoning the scheme, decided to uphold Aadhaar with necessary caveats.

However, the dissenting judgment by Justice D.Y. Chandrachud questioned the validity of the Aadhaar Act being passed as a Money Bill, when it is primarily about proof of identity and not solely about government spending. This is also one of the challenging areas left open-ended by the majority. He further highlighted the number of biometric failures that have prohibited many from availing the benefits under the social welfare schemes. Such denial is also ‘violative of human dignity and impermissible under our constitutional scheme’. The majority judgment is therefore a constitutional convenience, with many factual assumptions and few areas not being adequately addressed.