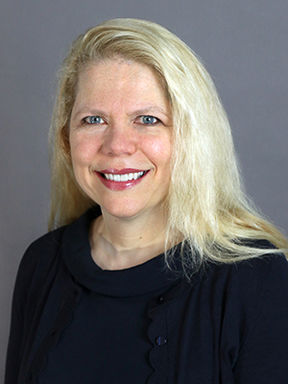 Anne Marie Lofaso is the Arthur B. Hodges Professor of Law at West Virginia University College of Law. She was formerly the WVU Law Associate Dean for Faculty Research and Development (2011-2015) and a Leadership Fellow in the WVU Office of the Associate Vice President for Creative and Scholarly Activities. She has previously taught at American University Washington College of Law and at the University of Oxford.

Image description: Protesters before the US Supreme Court with boards reading ‘Keep Abortion Legal’ and the ‘Burden is Undue’.

On Friday, June 24, 2022, in Dobbs v Jackson Women’s Health Organization, the United States Supreme Court in a 5–4 decision spanning over two-hundred pages, overruled Roe v Wade and Planned Parenthood of Southeastern Pennsylvania v Casey, cases which had interpreted the U.S. Constitution as protecting a women’s liberty to choose an abortion up to fetal viability. In one swoop of the judicial quill, five Justices—Samuel Alito, Clarence Thomas, Neil Gorsuch, Brett Kavanaugh, and Amy Coney Barrett—erased a half-century of U.S. American women’s reproductive freedom. This blog series explores how Dobbs may impact the human rights of women, minorities, LGBTQIA+ individuals, the poor, and other marginalised communities.

Dobbs’ 213-page decision, includes Justice Alito’s 108-page majority decision, joined by Justices Thomas, Gorsuch, Kavanaugh, and Barrett; three separate, concurring opinions; and one dissenting opinion written jointly by Justices Breyer, Sotomayor, and Kagan. Examining a Mississippi state law banning abortion after fifteen weeks, the Alito-authored majority opinion framed the issue narrowly—whether a woman has a right to an abortion—as opposed to whether a woman has a right to bodily autonomy free from government interference. The opinion proceeded in three main parts. First, the majority reviewed the standards set forth in its jurisprudence interpreting the Fourteenth Amendment’s Substantive Due Process Clause, which prohibits “any State” from “depriv[ing] any person of . . . liberty . . . without due process of law”. In its review, the majority found that the U.S. Constitution makes no mention of the word abortion. It also rejected applying the Fourteenth Amendment’s Equal Protection Clause, which prohibits the states from “deny[ing] to any person within its jurisdiction the equal protection of the laws,” on the ironic grounds that its own Equal Protection jurisprudence dictates that state regulations of abortion are not prohibited sex-based classifications.

Second, the majority examined whether the right to an abortion is “deeply rooted in this Nation’s history and tradition” and “implicit in the concept of ordered liberty”. Relying on a survey of state law as it existed in 1868, the Fourteenth Amendment’s ratification year, and the views of English jurists Henry de Bracton (1210–1268), Sir Edward Coke (1552–1634), Sir Matthew Hale (1609–1676), and Sir William Blackstone (1723–1780), the Court concluded that there simply is no such deeply rooted tradition and therefore no basis for creating such a right.

Third, having determined that neither the Constitution’s text nor U.S. American legal history supports a finding of a right to abortion, the majority reviewed whether Roe and Casey are entitled to stare decisis, the legal doctrine that the Court will adhere to prior legal precedent in making its decisions. The majority acknowledged that stare decisis is critical for legal stability in the U.S. system. However, the majority and especially Justice Kavanaugh’s concurrence concluded that these prior decisions were not entitled to such adherence because they were “egregiously wrong,” had “caused significant negative jurisprudential or real-world consequences,” and overruling them “would not unduly upset legitimate reliance interests”.

Justice Thomas’s concurrence is notable for its proclamation that cases such as Griswold v Connecticut (right to contraception); Lawrence v Texas (right to engage in private, consensual intimate acts); Obergefell v Hodges (right to same-sex marriage) should be reconsidered along with all substantive due process precedents. In Thomas’ view, these cases were all erroneously decided, although he leaves open the possibility that another section of the Constitution may protect some of these rights.

Chief Justice Roberts’ opinion, concurring in judgment only, is also notable for its self-proclaimed “measured course”. While Roberts agreed with the majority to “discard[]” Roe and Casey’s viability line because it “never made any sense,” he would have reframed the right as the women’s right to make reproductive choices. Roberts explained that the “right should therefore extend far enough to ensure a reasonable opportunity to choose, but need not extend any further—certainly not all the way to viability”. Roberts thereby concluded that the Mississippi fifteen-week abortion ban “provides sufficient time, absent rare circumstances, for a woman ‘to decide for herself’ whether to terminate her pregnancy”.

The jointly written, sixty-six-page dissent reaffirmed Roe and Casey. According to the dissent, those decisions were entitled to stare decisis because they were rightly—not wrongly—decided and have proven workable in practice. The dissent’s most significant observation, however, was its “prophecy” of how Dobbs will affect future rights. Taking no comfort in the majority’s assurances that Dobbs is limited to abortion, the dissent reminds us that “[r]ights can contract in the same way and for the same reason”. After all, there is “no historical right to contraception” or same-sex marriage or inter-racial marriage.

What does not seem to be in jeopardy, however, is the First Amendment’s protection of the rights of free speech and to petition the Government to redress grievances. We will surely see those rights exercised for years to come.