Gender Right to Equality and Non-Discrimination Right to Health India

The Violation of Human Rights of Women in Mental Healthcare Institutions 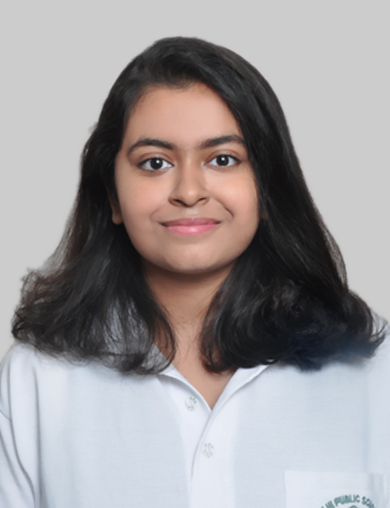 Angelina Dash is a fourth-year student pursuing the B.A. LL.B (Hons.) programme at Gujarat National Law University (GNLU), India. Her article on ‘The Impact of the Coronavirus Pandemic on Refugee Women and Girls’ was published on the Engenderings blog of the London School of Economics. She is a member of the GNLU Committee for Law and Society. She is an Editor for the GNLU Law Review, Managing Editor of the Greener Things Blog, which deals with environmental issues, and Editor of the GNLU Law and Society Blog.

Recently, the Supreme Court, while adjudicating upon a plea by Gaurav Bansal, took note of the human rights violations faced by women institutionalised in government-run mental health establishments across India.

The plea cited studies by India’s NCW and NIMHANS highlighting the indignities faced by these women, including a lack of sanitary napkins, forcible tonsuring, and invasions of privacy, which violate Section 20(2) of the Mental Healthcare Act, 2017 (hereinafter, ‘the Act’). Inadequate privacy protection also contravenes the Fundamental Right to privacy, recognised as an integral part of the right to life guaranteed under Article 21 of the Indian Constitution (hereinafter ‘the Constitution’). Further, non-payment of disability pensions violates Section 24(d)(g) of the Rights of Persons with Disabilities Act, 2016 (‘RPwDA). The lack of mother-child wards violates both Sections 21(2) of the Act and 24(3) of the RPwDA. The plea also addressed the deplorable state of halfway homes, which are institutions intended for those who are cured of mental illness but continue to require rehabilitation. Though the Act requires all States to establish halfway homes, most have simply redesignated old-age homes or ‘beggar homes’ as halfway homes.

Terming the issue a matter of ‘serious concern’, the Supreme Court ordered all States and Union Territories to take remedial measures regarding the above violations, establish halfway homes within six months and vaccinate patients and healthcare providers within a month.

This Order ignites an urgent need for a relook into India’s mental health policy framework. At the heart of the matter is the nature and extent of the right to mental health care within the broader umbrella of the right to health. The right to health, though not expressly codified in the Constitution, has been read into Article 21 of the Constitution in Bandhua Mukti Morcha. Understanding that a rights-based approach strengthens healthcare accessibility and affordability, a High-Level Group recommended expressly declaring the right to health as a Fundamental Right. However, if healthcare is declared a Fundamental Right, mental health must unequivocally be seen as a dimension of this right and be accorded the highest degree of constitutional protection. Social prejudice against mental well-being and low levels of awareness makes individuals hesitant to seek treatment and in turn enable policymakers to accord the issue lower political and policy priority.

Only in 2014 was a National Mental Health Policy formulated, after the National and District Level Mental Health Programmes of 1982 and 1996 respectively. Subsequently, the Mental Healthcare Act, 2017 was enacted, repealing an older 1987 legislation. This Act also mandates insurance providers to cover mental health, supported by regulations framed by India’s insurance regulator, and judicially enforced in the Shikha Nischal decision. Even so, since healthcare is a subject constitutionally falling within the domain of States, there is a lack of uniformity in implementation. Any intervention by the centre must ensure not to upset the federal division of powers. This challenge is manifested in the failure of the Act to mandate a pan-India implementation of the NMHP.

In 2018, Central and State Mental Health Authorities (‘CMHA’; ‘SMHA’) were established to regulate mental health institutions. Despite this, in the ongoing Gaurav Bansal matter, the Court made no mention of these bodies, choosing instead to entrust the monitoring function to only the Union Social Justice Ministry. Allowing the CMHA and SMHA to convene and attend meetings with the Ministry and other stakeholders would entail better supervision and implementation as it would involve the bodies statutorily established to carry out such a role.

7.5 per cent of India’s population suffers from mental disorders, a number likely to increase owing to the invisible psychological toll of the pandemic. The present human rights violations, particularly those traced to inadequate infrastructure and non-provision of basic amenities, affect not only cisgender women, but also transgender and non-binary individuals. Proper implementation of existing rules or better allocation of resources alone are insufficient unless the policies themselves are prepared through an intersectional and gendered lens, and are dynamic enough to respond to evolving socio-economic challenges and technological advances, and aim also to increase mental health literacy.

On the whole, although the Court’s recent directions are laudable, similar directions issued in 2017, however, have still not been implemented. It remains to be seen, therefore, how far the present directions will truly be complied with.

Gender Right to Equality and Non-Discrimination Right to Health

India, Right to Freedom of Speech and Expression
In what became a widely reported incident, on 15 July 2021, while hearing a petition challenging Section 124A of ...