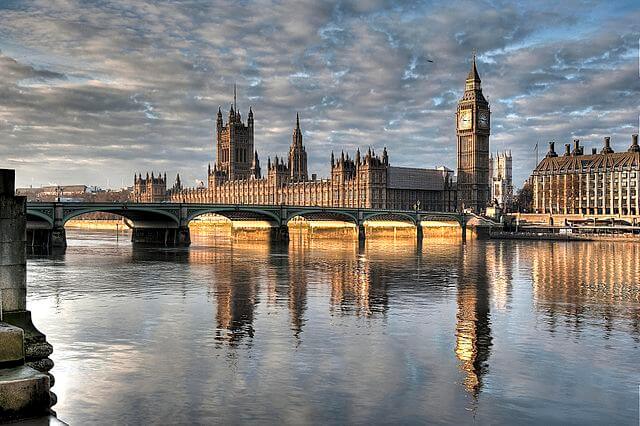 It would be wrong to conclude that the Great Repeal Bill brings nothing but bad news for human rights protections.

The White Paper on the Great Repeal Bill: Part I – Good News

Alison Young is the Sir David Williams Professor of Public Law at the University of Cambridge. She is also a Fellow of Robinson College. She currently co-edits the UKCLA blog on constitutional law, and is a member of the Editorial Board of European Public Law.

On Thursday 30 March, David Davis, the Secretary of State for Exiting the European Union, gave a statement in the House of Commons announcing the publication of a White Paper on the proposed ‘Great Repeal Bill’. As is now well-known, the Bill would appear to have three objectives: (i) to repeal the European Communities Act 1972; (ii) to ensure that current provisions of European Union law, referred to as ‘EU-derived law’, will continue to have force in the UK and (iii) to empower the Government to enact secondary legislation to ‘correct’ UK laws that will no longer be able to operate effectively once we leave the European Union. This post will focus on the good news we can take from the White Paper, with later posts analysing some of the concerns.

It would be wrong to conclude that the Great Repeal Bill brings nothing but bad news for human rights protections. There are elements of the paper which provide some reassurance as to the continued protection of rights. The intention is to ensure that rights which are capable of replication in the United Kingdom will continue to be protected as ‘EU-derived law’, with specific mention being made in the White Paper of the protection of worker’s rights, equal pay and equality rights. There is also a clear recognition that, for these rights to be protected effectively, ‘EU-derived law’ will be interpreted in line with the decisions of the Court of Justice of the European Union (CJEU). The decisions of the CJEU up to ‘Brexit Day’ will have the same force in UK law as decisions of the Supreme Court (binding on all courts except the Supreme Court itself).

This is to be welcomed both in terms of the clarity which it provides as to the continued protection of rights, and also for the recognition that CJEU jurisprudence draws heavily on the general principles of EU law, as reflected in the EU’s Charter of Fundamental Rights and Freedoms. There had been concerns that, post Brexit, although EU-derived rights may remain, their protection may be weakened in practice by less generous re-interpretations in UK courts. The White Paper goes some way to quelling fears of an immediate erosion of rights in this respect. It may also be the case that, although UK courts are not required to examine decisions of the CJEU post-Brexit, the may continue to be guided by the decisions of the CJEU, just as UK courts can refer to decisions of courts in other jurisdictions in reaching their conclusions. The Supreme Court can, if it wishes, change interpretations of ‘EU-derived law’ and, in doing so could provide a stronger protection of rights than that found in interpretations of the CJEU. However, it could also provide a weaker protection of rights.

In addition to the intention to preserve EU-derived laws as interpreted by the CJEU, the White Paper recognises that EU-derived rights have a stronger protection in UK law than ECHR rights protected through the Human Rights Act 1998. Because of the primacy of directly effective EU law, provisions of EU law can be used to disapply UK legislation. This element of a stronger protection is, partially, preserved in the White Paper, which states that EU-derived laws will continue to be capable of disapplying legislation enacted prior to Brexit Day. However, it is clear that the ability of EU-derived laws to disapply legislation will not apply to any laws enacted following Brexit. The new ‘post Brexit’ law will override the earlier EU-derived law.

This is to be only cautiously welcomed. EU law can disapply UK legislation because of the principle of the primacy of directly effective EU law. This provided a hierarchy of laws based on content, allowing rights in EU law to have protection from erosion from legislative provisions. However, there is a clear intention in the White Paper to ‘end the general supremacy of EU law’. If EU-derived laws disapply laws enacted prior to our exit from the EU, this is effectively due to the ordinary principle of implied repeal in UK law. ‘EU-derived laws’ will obtain their validity through the Great Repeal Bill. This means that they are ‘later’ legislation than ‘pre- exit’ laws. Later legislation impliedly repeals earlier legislation. A hierarchy based, in part, on principle is replaced by a hierarchy of time.

There are other statements from which those wanting to preserve human rights may draw comfort. Most notably we are told that ‘The UK’s withdrawal from the EU will not change the UK’s participation in the ECHR and there are no plans to withdraw from the ECHR’. However, we are not told that the plans to ‘scrap’ the Human Rights Act 1998, and replace it with a British Bill of Rights, have not been removed from the Government’s future plans.

United Kingdom, Brexit, Constitutions and Human Rights
This is the final post on the human rights implications of the White Paper on the Great Repeal Bill. The first ...

United Kingdom, Brexit
In a previous post, I argued that there was some good news to take from the White Paper on the Great Repeal Bill. ...