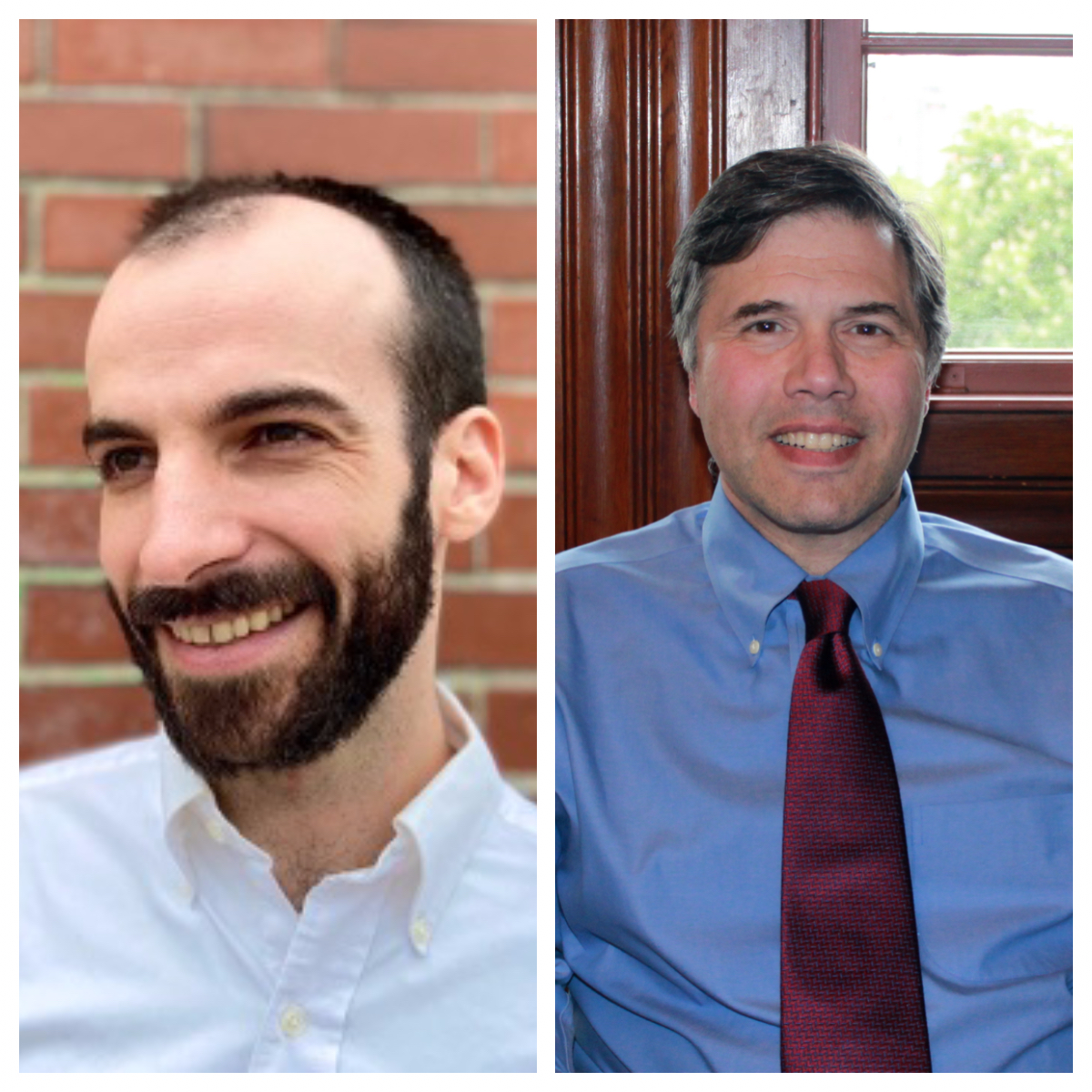 Matthew S Smith, also known as “Hezzy”, is a trilingual attorney, a proud sibling, and Director of Advocacy Initiatives at the Harvard Law School Project on Disability (HPOD). He has worked closely with self-advocacy and organizations of persons with disabilities both in the United States and abroad to advocate, research, and produce awareness-raising materials. His Spanish, English, and Bangla language materials have shaped disability rights strategic litigation and important decisions by national and regional courts, and his disability rights scholarship has appeared in collections published by Cambridge University Press and Oxford University Press, as well as both U.S. and international law reviews.   Professor Michael Ashley Stein is the co-founder and Executive Director of the Harvard Law School Project on Disability, and a Visiting Professor at Harvard Law School since 2005. Considered one of the world’s leading experts on disability law and policy, Dr. Stein participated in the drafting of the UN Convention on the Rights of Persons with Disabilities; works with disabled peoples’ organizations and non-governmental organizations around the world; actively consults with governments on their disability laws and policies; advises an array of UN bodies and national human rights institutions; and has brought landmark disability rights litigation globally. Professor Stein has received numerous awards in recognition of his transformative work, including the National Order of Merit (Ecuador), the inaugural Morton E. Ruderman Prize for Inclusion; the inaugural Henry Viscardi Achievement Award; and the ABA Paul G. Hearne Award, among others. His authoritative and path-breaking scholarship of over 220 publications and 9 edited volumes have been published worldwide by leading journals and academic presses, and has been supported by fellowships and awards from the American Council of Learned Societies, the National Endowment for the Humanities, and the National Institute on Disability Rehabilitation and Research, among others. Dr. Stein teaches at the Harvard Kennedy School of Government, Harvard Medical School, and Harvard Extension School; holds an Extraordinary Professorship at the University of Pretoria’s Centre for Human Rights; and is a visiting professor at the Free University of Amsterdam Faculty of Earth and Life Sciences’ Athena Institute. He earned a J.D. from Harvard Law School (where he became the first known person with a disability to be a member of the Harvard Law Review), and a Ph.D. from Cambridge University (funded by a W.M. Tapp Studentship). Professor Stein previously was Professor (and Cabell Professor) at William & Mary Law School, and taught at New York University School of Law and Stanford Law School. He was appointed by President Obama to the United States Holocaust Memorial Council.

Image description: The first page of the Americans with Disabilities Act 1988, as introduced in the Senate of the United States in April 1988.

In Vikash Kumar v Union Public Service Commission, the Supreme Court of India converted a relatively dry question of administrative law into a sweeping affirmation of persons with disabilities’ right to live in the world. In construing India’s 2016 Rights of Persons with Disabilities (RPwD) Act, the Court emphatically framed the request of a single person with a “writer’s cramp” diagnosis for a test-taking accommodation as emblematic of the disability community’s “continuing quest for dignity.”

The Kumar Court unequivocally averred that the RPwD Act’s duty to accommodate applied to all persons with disabilities, not merely persons whose disabilities clear a certain threshold of severity. The Court evocatively captured the RPwD Act’s ambitious vision: “The Act tells [persons with disabilities] that they belong, that they matter, that they are assets, not liabilities and that they make us stronger, not weaker.” Hence, the RPwD Act “travels beyond being merely a charter of non-discrimination […] by imposing a positive obligation on the State to secure the realization of rights.” Indeed, “[e]quality, non-discrimination and dignity are the essence of the protective ambit of the RPwD Act” (emphasis added).

The inclusion of dignity in the above line is crucial. We can think of no comparable full-throated affirmation of persons with disabilities’ right to live in the world as valued members featuring in the U.S. Supreme Court’s jurisprudence on the 1990 Americans with Disabilities Act (ADA). Indeed, the few ADA victories at the Court are more notable for their restraint than their expansiveness. For example, the Olmstead v. L.C. decision—considered the high watermark of disability rights cases—affirmed persons with disabilities’ right to live in community-based settings only insofar as medical professionals agree they are “‘qualified’ for noninstitutional care“.

The U.S. Supreme Court’s comparatively constrained jurisprudence is partially due to limitations in the ADA itself that the RPwD Act avoids. For example, the RPwD Act focuses on accommodating all persons with disabilities in ways that the ADA does not. The ADA’s mandated accommodations are limited to a “qualified individual” with disability, which includes only those who would be capable of performing “essential functions” of a job and those who would meet “essential eligibility requirements” for participating in programs or activities if they are provided reasonable accommodations or auxiliary aids and services.

Although Kumar alludes to the ADA several times, we believe it exceeded the U.S. Supreme Court’s approach to the ADA in large part due to its critical insight that the appellant’s accommodation request was part of a larger quest for dignity. Much like the United Nations Convention on the Rights of Persons with Disabilities(CRPD), which references dignity 22 times, the RPwD Act includes it among its general principles. Arguably, dignity imbues everyday disability rights disputes with deeper import and urgency. Thus, the Kumar Court was able to connect UPSC’s duty to accommodate to the larger goal of “ensur[ing] that persons with disabilities are able to live a life of equality and dignity based on respect in society for their bodily and mental integrity.”

It may be that courts will construe disability rights narrowly if they fail to discern their dignity implications. For example, we recently intervened in Toplak and Mrak v Slovenia, where the European Court of Human Rights seems not to have made that connection. The applicants alleged inaccessible polling stations violated their rights under the European Convention on Human Rights interpreted together with the CRPD. However, the Court reasoned, “While adaptations to the voting facilities […] were not made in advance, assistance could be provided to the applicants on the spot by means of a reasonable accommodation of their needs”. Thus, the Court implied that a State’s failure to remove accessibility barriers may be excused by offering reasonable accommodations when requested by persons with disabilities who encounter those barriers. Rather than an affirmative obligation, the European Court perversely styled reasonable accommodation as an affirmativedefense to accessibility violations.

Hopefully, the CRPD and the instruments it has inspired will continue to move courts, as it did the Kumar Court, to grasp fully the dignity implications of failures to accommodate and accessibility barriers, so that more persons with disabilities will be able to fully enjoy their right to live in the world.

This post is part of the blog series titled ‘The Development of Disability Rights in the Indian Supreme Court’.

Has there been a Slip Between Cup and Lip?: Vikash Kumar v UPSC

India, Disability, Right to Equality and Non-Discrimination
Image description: The picture of a ramp outside a building as a form of reasonable accommodation.  Before ...

Development of Disability Rights in the Indian Supreme Court

India, Disability, Right to Equality and Non-Discrimination
Image description: A picture of the Supreme Court of India. Development of Disability Rights in the Indian ...